On Twitter, Halloween Horror Nights was asked if they have any movies yet which would be certain for the 2010 haunt and the somewhat cryptic relpy was “we’re gonna be able to keep some of the WolfMan pieces that long”.

This is interesting and one could believe that there is a strong possibility of there being a WolfMan maze this year. They filmed the movie on the Universal Studios Hollywood lot and it’s reported that many of the set pieces are still set up which would make for a good maze if they can use the authentic sets. In addition, the DVD/BLU Ray release wil most likely be late summer/early fall making it a good time to cross promote.

Scare Zone is going to check out the Wolfman movie and will update the post with a review. We will be watching for anything that could translate into good elements for a haunt. Share your thoughts too if you’ve seen the movie! 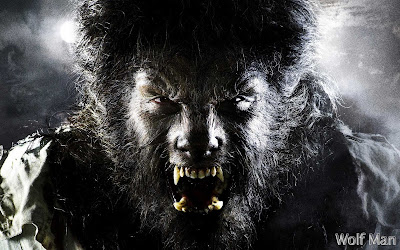