Bruce Stanton, creator of the excellent home-to-commercial haunt Reign of Terror, located in Thousand Oaks, California, is the featured guest on the April 2010 episode of HauntCast, the podcast for “haunters and Halloween fanatics.”

Bruce talks about taking his haunt from his house, to a community center, and then to a busy mall, as well as the difficulty in opening a commercial haunt in the somewhat oversaturated haunt market of Southern California. (Although we would like to be the first to say that there can never be TOO many haunts in Southern California.)

We had the chance to visit Reign of Terror in 2009, and it was great! So much attention to detail, great scares, and great animatronics. The haunt was long—there were so many rooms, we lost count. And 2010 promises to be even better: Their Web site says they’re planning to add 6 to 8 more rooms “with all new scares throughout.”

Here are a couple of pictures from last year’s facade: 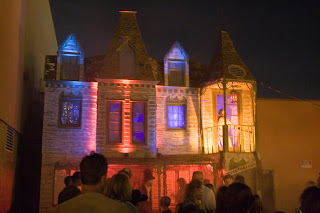 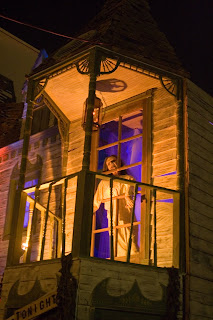