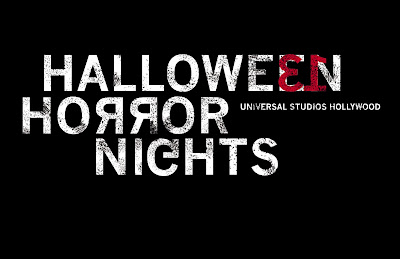 From the LA times:
After getting bigger and better ever year, Halloween Horror Nights at Universal Studios Hollywood this year will offer more mazes and more nights in a bid to out-scare and out-gore the competition.

No word yet on themes for any of the 2010 haunted mazes, which in years past have been tied to classic horror movies such as “Saw,” “Halloween,” “My Bloody Valentine,” “Friday the 13th,” “Nightmare on Elm Street” and “Texas Chainsaw Massacre.”

I would be shocked to see any of those movie properties reappear in 2010, although the park’s year-round House of Horrors attraction will almost certainly be one of the five haunted mazes.

For 2010, Universal also promises to unveil an all-new Terror Tram studio tour through the backlot that will include a stop at the new King Kong 360 3-D attraction. [!!!!!!]

No word yet on this year’s shows either, although I wouldn’t be surprised to see a return of the “Bill & Ted’s Excellent Halloween Adventure” pop culture parody and last year’s “Rocky Horror Picture Show” live musical revue, which has been a perennial favorite at Universal’s sister park in Orlando, Fla.

Universal’s Halloween event has had a sporadic history at the Hollywood movie and television theme park, returning with renewed vigor in 2006 after an extended hiatus. Since then, the rebooted event has grown from seven nights in 2006 to 10 nights in 2007 to 13 nights in 2008 to 16 nights last year and to 17 nights this year. Expect the park to tack on a few extra nights this Halloween season if ticket sales prove brisk at the beginning of October.

Universal will have a long way to go to catch up to the sheer volume of Halloween Haunt at Knott’s Berry Farm in Buena Park, which featured 13 mazes, seven shows and three scare zones over 28 nights in 2009.

Universal has taken a decidedly different approach than Knott’s — relying on marquee movie monsters over generic vampire, alien and zombie themes, while significantly amping up the blood, guts and gore.