It’s been known as “Shipwreck” for many years, but for 2010, the Queen Mary is changing the name of its haunt to something even LESS original: Halloween at the Queen Mary. 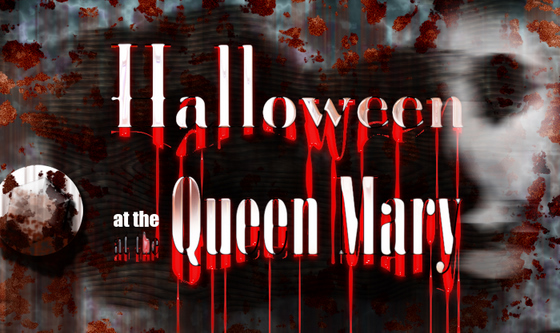 Their Web site is promising a “new name, new concept, and new scares.” There are no details yet, but they’re currently casting through YouTube. If you’re interested, you have until August 15 to upload your video. Selected performers will be asked to an in-person casting on August 19. You can read the rules here.

We hope this is an effort to improve the quality of the actors in the mazes. We went to the Queen Mary for many years, but the quality of the mazes and especially the actors declined greatly over the past few years, and we finally decided to skip it in 2009. One of the main problems we had with the actors was that they would laugh after getting a scare out of someone. Although I’m sure some guests’ reactions are funny, breaking character to chuckle after every scare really does nothing for the atmosphere in the maze. Another issue with the Queen Mary is the lack of consistent theming. They rely heavily on black light 3-D  mazes, and also include multiple discordant themes within a single maze (eg, mummies and Michael Myers together in a single maze). We hope their “new concept” involves rethinking their catch-all approach to maze themes. If so, Scare Zone might consider returning to the Queen Mary for 2010.