Like a true horror movie franchise that just can’t stop making sequels, Freddy Kreuger will be back to invade the nightmares of guests at HHN Hollywood this year. If you liked the Nightmare on Elm Street mazes in 2007 and 2008, then it’s your lucky day!  But if you hated the 2010 remake movie, your luck just ran out, because the maze is “brand new” and will be entirely based on the 2010 film remake.

According to Bloody Disgusting, the maze, called “A Nightmare on Elm Street: Never Sleep Again,” will feature scenes from the Barham Day Care Center and Freddy’s underground lair in the school, which served as the location of the final showdown in the movie.

Although the movie remake was a bit of a disappointment, I think there is good potential for a maze here. The abandoned day care center and Freddy’s hidey-hole were pretty creepy. Plus, Freddy is pretty scary himself. And we know that if anyone can pull off an incredibly immersive, terrifying maze, it’s Universal.

Freddy will also be featured as the main character for this year’s Halloween Horror Nights for Hollywood, so look for his face on ads and billboards in your neighborhood soon. 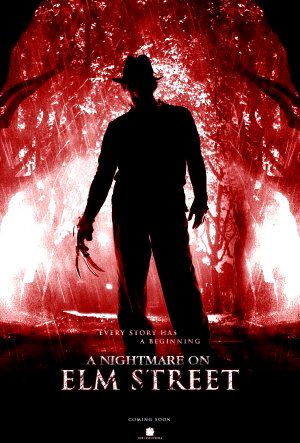 Also announced this week was another new maze for HHN: Vampyre: Castle of the Undead. We assume this will be the theme for the House of Horrors, replacing the Chucky maze from last year. I think this theme fits in well with the location. Universal was also casting vampire go-go dancers last week, so that’s another sign this maze will go in the House of Horrors, since the go-go dancers are typically placed in that area, near the park entrance.