A couple weeks ago, we reported that Queen Mary Shipwreck was changing its name to “Halloween at the Queen Mary.” Well, we were wrong. Apparently, that was just a teaser, and the actual new name is “Queen Mary Dark Harbor.” Of course, this is much more interesting. In addition, they have added a back story:

A “once-mighty seaport” is taken over by three she-demons, who will terrorize guests who dare enter the area after sunset.

There will be three mazes on the ship and two on land. A new, “darkened, tactile labyrinth awaits” in the dome. We’re not sure what to make of that, or even if that counts as one of the on-shore mazes. The Queen Mary has struggled in the recent past with security issues and poor-quality mazes, but we’ve heard that they have designers on board this year who have experience creating some great haunts (e.g., a designer from Sinister Pointe).

The Queen Mary put out a graphic press release stylized as a comic book. It’s worth checking out. 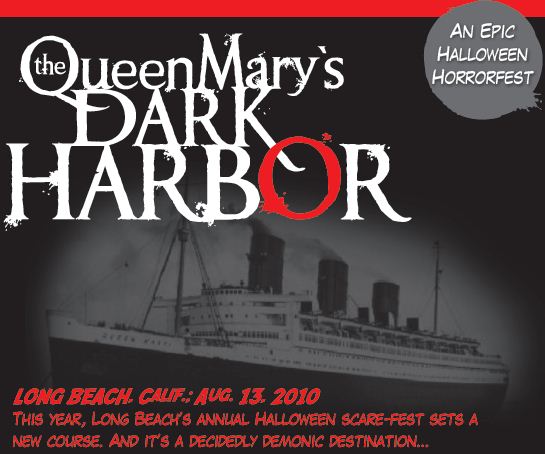