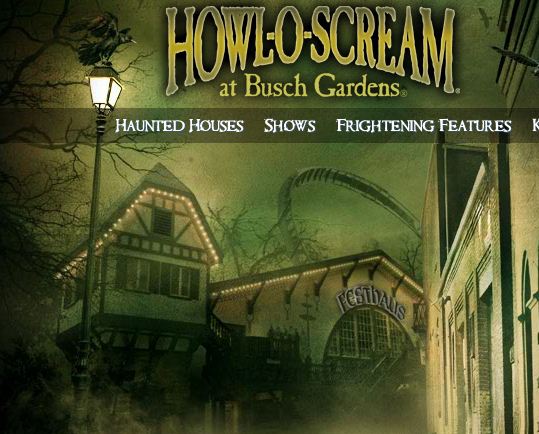 Busch Gardens Williamsburg has updated their site (finally!) with information about the 2010 lineup for Howl-O-Scream. The mazes are the same as last year, and they include:

Country: Oktoberfest
Suspicion, darkness and mind-numbing fear surround the “Bitten” house which is set in Eastern Europe in the late 1800s. Full of legends and lore of vampires and the undead that preyed on the innocent, this manor sits by the road upon which all travelers must pass and never return.

Country: France
Through a ruined cemetery filled with statues lies a tunnel that leads to an underground city. Its history is more terrifying than that of France’s worst revolutions. Deep within these tunnels lie mile after mile of bones—the final resting place for those who are buried here. But all is not as quiet as it appears. As guests venture forth into the dank, dripping corridors of rat infested remains, the voices of the dead begin to speak, and some have taken shape.

Country: Italy
Between the borders of legend and reality lie the cursed, loathsome creatures whose fate was determined by the witches of the woods. Into a depthless abyss, through a cracked cave wall where the veil of consciousness is at its thinnest, these beings lie in wait. Those brave enough to enter will leave cursed.

Country: Oktoberfest
A journey through the “Harvest Hollow” is a journey into guests’ wildest nightmares. Undead creatures haunt the fields, searching for victims of these supernatural predators lurking in these towns. Through seemingly endless paths they rise up, hungry for their revenge.

Country: Oktoberfest
In 17-century Germany lies a hunter’s cabin situated in the darkest corner of a forested valley. The cabin, home to a family of werewolf hunters, has long been hidden to the world. Now it lies in shambles and only bloody clues will tell the truth of what has happened.

Country: Italy
An old expedition camp lies abandoned in the ruins of Pompeii. All those working have gone missing. It is said that a storm of ash descended upon the camp, like that of the eruption. Only it wasn’t an ash storm. The beings of those frozen in time are walking – their ashy re-animated corpses are wreaking havoc. As a new team arrives to continue the exploration, the beings that still haunt Pompeii will have their revenge.

Scare zones include a “victorian funeral” in the England section, “Jack’s Pride” in Ireland, “Rat-Plagued Village” in France, and “Logging Camp of Vengeful Woodsman” in New France. Check out the BGW Wiki for complete information. 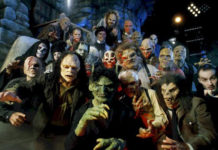 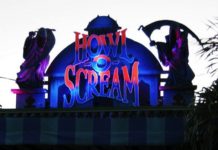