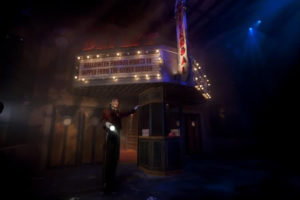 Hell-o Haunt Stalkers! As we take a quick momemt to catch our breath from last weekend’s haunts at Universal and Knott’s we’ll like to take a look at some other terrors arriving in October. With the first weekend of October coming there’s a full slate of horror/thriller movies being released in theatres and on home video this month. Some of these movies already have their own mazes (Nightmare on Elm St. and Saw)  and some of the others have the potential to become mazes.

It may be hard to squeeze all of these movies in with our haunt schedule but  here’s a look at the movie macabre opening this Friday, October 1, 2001:

Hatchet 2 (Unrated): This obviously is a sequel to Hatchet which was one of the Top 10 horror films of 2007 and was considered to be “the greatest slasher film in 20 years”.  After a successful national theatrical release in 2007, it went on to become the best selling DVD that it’s distributor (Anchor Bay) has ever had. In this sequel, Marybeth escapes the clutches of the deformed, swamp-dwelling iconic killer Victor Crowley (Kane Hodder aka Jason in Friday the 13th parts VII-X). After learning the truth about her family’s connection to the hatchet-wielding madman, Marybeth returns to the Louisiana swamps along with an army of hunters to recover the bodies of her family and exact the bloodiest revenge against the bayou butcher. Sounds like a good maze to us!

The unrated version of Hatchet 2 will have an exclusive release at AMC Theatres nationwide.

Let Me In:This movie is getting rave reviews from its pre-screenings and promises to offer us some great horror and drama. Based on the novel Let the Right One Inby John Ajvide Lindqvist and the Swedish film adaptation of the same name. It tells the story of a 12-year-old boy who develops a friendship with a vampire child in a New Mexico town in the early 1980s. Check out the wickedly scary trailer…

Case 39: Not sure if this is event worth mentioning as this movie was actually made 4 years ago! It already was released in 20008 overseas in Europe, Latin America, and Australia.  The film wasn’ta box office hit and has received mostly negative reviews.” Gareth Jones of Dread Centralgave the film 2 out of 5 knives, saying, “I’m sure it will do decent business among the undemanding weekend-horror crowd and Zellweger fans when it eventually sees the light of day. Nobody else need apply.”  In CASE 39, family services social worker Emily Jenkins (Renée Zellweger) thinks she has seen it all… until she meets 10-year old Lilith Sullivan (Jodelle Ferland) and the child’s cruel and dangerous parents. Her worst fears are confirmed when the parents try to harm Lily, their only daughter and dark forces surrounding this young girl come to light and, little does Emily know know, that her attempts to protect Lilith will only bring on greater horror.

Chain Letter:  A group of local teens fall victim to a chain-wielding killer dubbed “Chain Man” after they fail to forward some chain mail. This is in limited release which isn’t a surprise. We’ll wait for it to air on Chiller.

30 Days of Night: Dark Days: While the original was a good movie, this is an obvious a low budget, straight to DVD sequel release. In this studio grasp for home video revenue, it’s been a year since the Alaskan town of Barrow’s population was decimated by vampires during its annual month long sunset.  Riddled with grief over the death of her husband, bound by nightmares and void of all emotions beyond hate and sorrow, Stella has spent the past months traveling the world, trying to convince others that vampires exist.  Met with skepticism and laughter, Stella is ready to throw in the towel when a group of lost souls offers an incredible opportunity: the chance to exact revenge upon Lilith, the vampire queen responsible for the assault on her sleepy Alaskan town.  With nothing remaining to live for, and nothing left to fear, Stella joins their mission and ventures into the uncharted underbelly of Los Angeles where she pushes herself to the most extreme limits to stop the evil from striking again.

Splice: A dark vision of the world of genetic engineering in which two young scientists become superstars by splicing different animal DNA to create fantastical new creatures. Ignoring legal and ethical boundaries, the scientists, who are romantically involved, introduce human DNA into their experiment and risk the dawn of a terrifying new era.

A Nightmare on Elm Street: A remake of the Wes Craven classic where a  group of suburban teenagers share one common bond: they are all being stalked by Freddy Krueger, a horribly disfigured killer who hunts them in their dreams. As long as they stay awake, they can protect one another…but when they sleep, there is no escape. 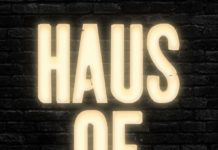