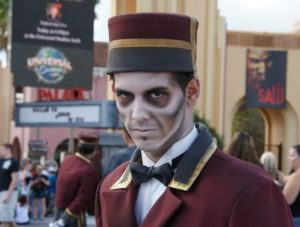 As we approach another weekend, it’s time to check out all the terrors being released in theatres this weekend. For many, this is going to be a nice three-day weekend (Columbus Day), so there will be plenty of time to haunt stalk and go the movies. Try not to focus too much on the the real terrors that Columbus imposed on the Native Americans, and lose yourself in one of these horror flicks.

I Spit on Your Grave: This is a remake of the 1978 movie with the same name. The film follows Jennifer, a writer who is working on a new novel and needs to get out of the city to finish it. She hires a riverside apartment in Upstate New York to finish her novel, attracting the attention of a number of rowdy male locals. They catch Jenifer one day and strip her naked for the village idiot (Matthew) and rape her. Jennifer is later attacked and raped a further two times by the four degenerates, and her novel is also destroyed. But Jennifer slowly recovers and in her now-twisted, psychotic mind, she begins to seek revenge on the four men who raped her.

The ongoing Hollywood horror remakes has put off many fans, but there have been a few fear flicks that have been able to improve on the original . This movie is one of those that promises to offer audiences an improved story with increased intensity and gore. This movie is reminiscent of last year’s The Last House on the Left and 2003’s The Texas Chainsaw Massacre, which were also were successful in increasing the scare factor. This looks good, but it obviously won’t be for the squeamish.

My Soul To Take: This movie is said to be more of a thriller than a slasher flick, and it’s the first movie to be both written and directed by Wes Craven since he did New Nightmare in 1994. While Craven has brought us horror classics such as Nightmare on Elm Street, The Hills Have Eyes, and Scream, it’s been a long time since we’ve seen a compelling movie directed by him. It will be interesting to see if Craven’s visions of horrors are still able to relate to modern audiences as well as they did back in the 70s and 80s. In addition, this is billed as his first 3D movie, but it’s actually converted 3D, so it wasn’t filmed in or originally envisioned for 3D.

This movie is set in the sleepy town of Riverton, where legend tells of a serial killer who swore he would return to murder the seven children born the night he died. Now, 16 years later, people are disappearing again. Has the psychopath been reincarnated as one of the seven teens, or did he survive the night he was left for dead? Only one of the kids knows the answer.

In addition, if you want to brave the crowds at Universal Hollywood HHN this Friday, three stars from the movie will be making an appreance  from 8:45 pm to 10:00 pm to sign autographs.  The first 500 guests to the “Celebrity Terror Table” can received autographs from Nick Lashaway, Denzel Whitaker, and Paulina Olszynski. Universal is also playing the trailer during trips on the Skull Island express tram.

Doghouse: This a straight-to-DVD movie release. The story follows a group of friends who go on a boy’s weekend in the country to help one of them overcome his divorce, when they stop at a village overrun by psychotic, homicidal women. It turns out that an airborne toxin has somehow been released that affects only women and turns them into man-hating frenzied cannibals. Sounds like it could be a ratings hit if they aired it on Lifetime.

Lost Boys – The Thirst: Cory Feldman is back and looking for money, err…vampires in this straight-to-DVD sequel. The movie focuses on the the toll the thankless life of a vampire hunter has taken on Edgar Frog. After losing his best friend and fellow vamp fighter, Sam, he has started to let himself slide. He’s down to selling his prized comic book collection just to pay the rent on a decrepit trailer, when stunning vampire novelist Gwen approaches with an offer. She needs him to find her brother who has gone missing after getting sucked into a series of underground raves, called “The Gathering,” held by an enigmatic spinner named DJ Dusk.

In a last, frantic message, he mentioned being given a new party drug known as The Thirst, which turned out to be a mixture of ecstasy and vampire blood. Gwen shows Edgar a vile of the The Thirst, explaining DJ Dusk must be a head vampire and that he’s using his parties to raise an undead army. With the last rave, “The Final Gathering,” only days away, Edgar must assemble a vamp-hunting team worthy of crashing the party and hopes to include his reclusive brother who’s dealing with his own dark past. Before the battle is over, Edgar will discover there is a greater evil at work and must face his most haunting fear. 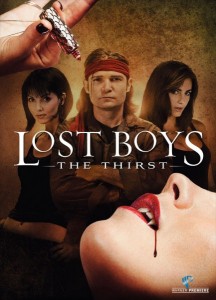