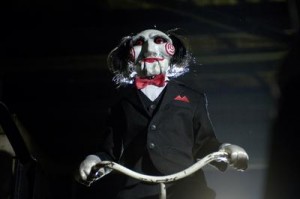 This time around the games will be played in 3D and we expect that they will not hold back on the blood and body parts that’ll pop into audiences faces. The plot in this version continues the deadly battle over Jigsaw’s brutal legacy. A group of Jigsaw survivors gathers to seek the support of self-help guru and fellow survivor Bobby Dagen, a man whose own dark secrets unleash a new wave of terror. This is supposed to be the last movie of the franchise, but we won’t play the hold our breath game on that. 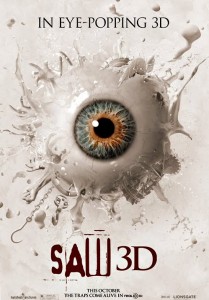 In case you want to feel up to date before you see saw 3D, here’s a look back at the Saw legacy: 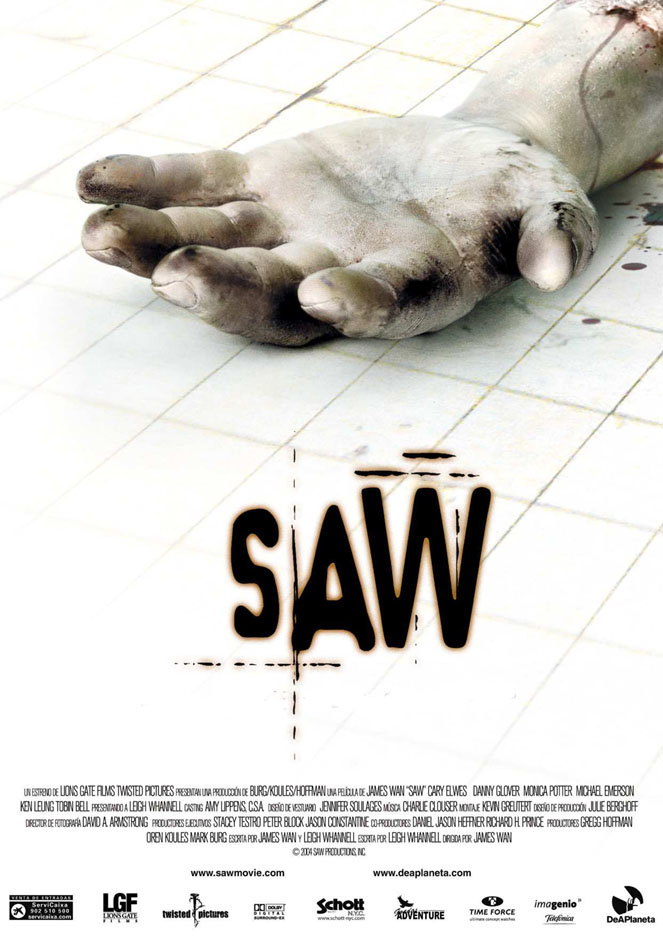 Saw began with a doctor and a private photographer being locked up in a cell together with both being given the option of rotting in the cell or cutting their foot off as a way of punishment for the corrupt lives they lived (the basis for all of Jigsaw’s victims). As the movie progressed, they learned the connection between both of them. After Jigsaw tricked the doctor to believe that the photographer was a part of a plot against him, he went crazy and began to lose it. The real “helper” then kidnapped the doctor’s wife and daughter in order to give the doctor a motive to kill the photographer. In the end, he lost it and cut off his foot and eventually left the room. Then Jigsaw revealed himself to be the “dead guy” in the middle of the room, which started the whole twisted plot theme. 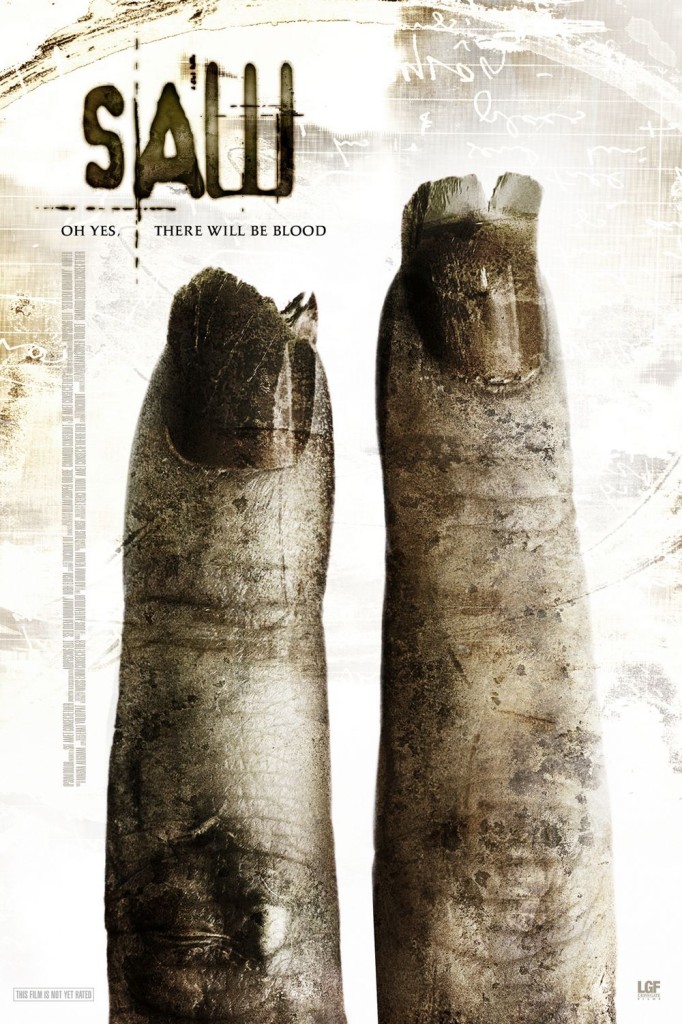 Saw II was more of just introducing the audience to Jigsaw’s successor as a foreshadow of his eventual death. He lured convicted felons into a house where they were then trapped and had to go through their own traps to find a antidote for a gas that was released into the house which slowly was killing them. Jigsaw threw in the son of a corrupt detective into the house with all the felons, some which he wrongly convicted. In the end, Amanda, the girl thrown into the pit of needles, would eventually be revealed as the successor to Jigsaw once he died. Amanda was the girl in the first movie that was in the head trap where she had to kill the unconscious man to unlock her device, but got put into the house trap for not learning her first lesson. 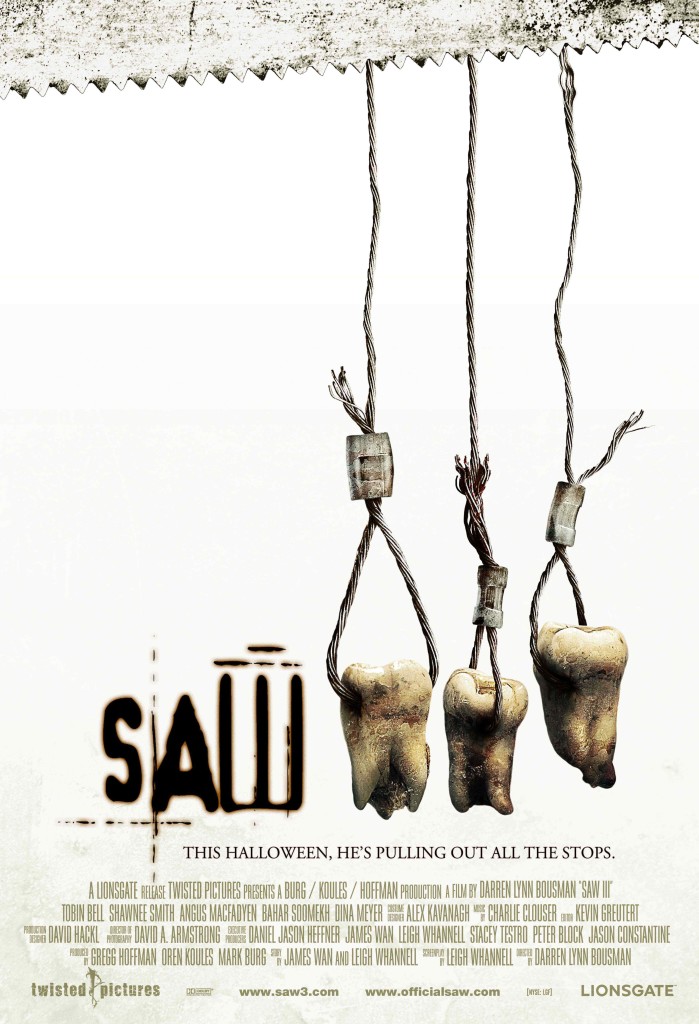 Saw III follows right behind the events of part 2, but the cancer killing Jigsaw is starting to kill him in obvious ways. The victim in Pt 3 is an adulterous wife who is a brain surgeon who is kidnapped and forced to try to help Jigsaw live longer. Amanda is also falling in love with Jigsaw and gets too involved with his work to the point where she rigs the traps to kill the victims even after they do what they need to do to avoid dying. All while the doctor’s husband is put in a situation where he’s put in a scavenger hunt to find his wife, but also has to help the people who let his son’s killer (died in a car accident) get away with murder or let them die in their traps. In the end, the guy finds his way to the room where his wife is, but gets there a fraction too late because Amanda kills her just as he walks into the room and he kills Amanda for “not playing the game right”, as Jigsaw would put it. This is also the movie in which Jigsaw dies as well. 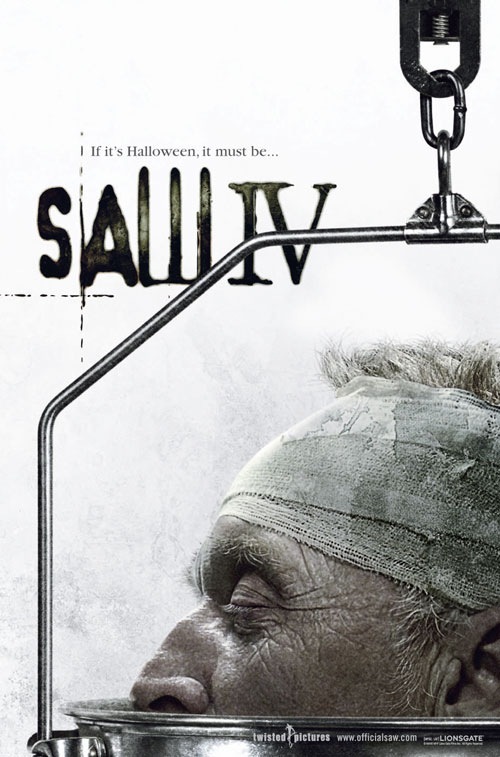 Saw IV is more or less a continuation of what happened in Pt 3, but the audience gets introduced to the new successor to Jigsaw’s plan. The plot is a little different, but this time, a cop that is always trying to help those in need, while putting other people’s lives in danger is put to the test after his partner is killed. After his wife asks him to stay home, he leaves anyway, “cause he just has to help his friend”(the detective who’s son was put in the gas house). He is then put in a situation where he has to either help a victim live or let them die for their crimes. In the end, he finally finds the room where his partner is hanging from the ceiling barely touching the block of ice holding him up from hanging himself and opens the door only to see his desire to help him eventually got his head smashed to bits. Saw’s successor is revealed not long after. 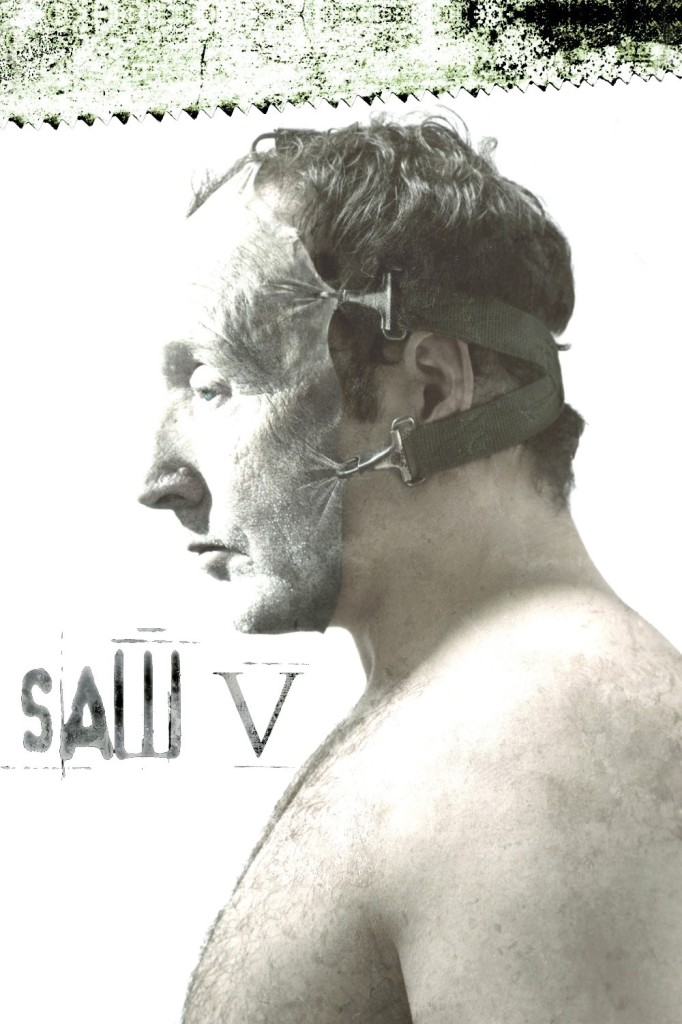 Saw V Jigsaw might be dead, but his traps live on in this fifth Saw entry. Costas Mandylor reprises his role as Hoffman, the detective whose involvement in the string of grisly murders turns out to be more than meets the eye. Picking up where the fourth entry left off, Hoffman is revealed to be a hidden accomplice in Jigsaw’s grisly games of death, which look to be continued by the lawman. The plot bounces back and forth from the beginning of their relationship to the present, as Agent Strahm delves farther into the case. Meanwhile, in a sewer, Ashley, Charles, Brit, Mallick, and Luba wake up in a trap in which collars are locked around their necks, strung on a cable connected to a set of guillotine blades mounted on the wall behind them. A series of “games” involving exploding room, an electric bathtub which” leave only 2 survivors. The two realizes that the five of them were meant to work together so that they could all survive to this point, and that each had been involved in a recent fire that killed eight people. With no other options, they saw their arms off to fill the beaker which needs 10 pints of bloods in order to open the final door.  While these games are playing out, Hoffman steals Strahm’s cell phone and uses it to make Strahm’s boss suspect that Strahm is Jigsaw’s accomplice. He plants the phone at the exit from the fourth room, and when the boss arrives there Brit and Mallick get the door open. Both pass out from blood loss as Erickson calls for backup; he then puts out an all-points bulletin for Strahm’s arrest. Strahm’s investigation brings him to a small underground room that contains a transparent box full of broken glass. A recorder inside the box delivers a message from Hoffman: Strahm will have to trust him and get in the box if he wants to survive. Instead, Strahm stops the tape short and ambushes Hoffman when he enters the room, eventually throwing him into the box and closing it. When the door to the room suddenly slams shut and locks, Hoffman advises Strahm to finish the tape. As the box rotates into the floor, the tape explains that, if Strahm does not comply, he will die in this room with Jigsaw’s legacy becoming his own. Strahm then attempts to escape the room when the walls begin to move inward, but is eventually crushed to death while Hoffman watches from below. 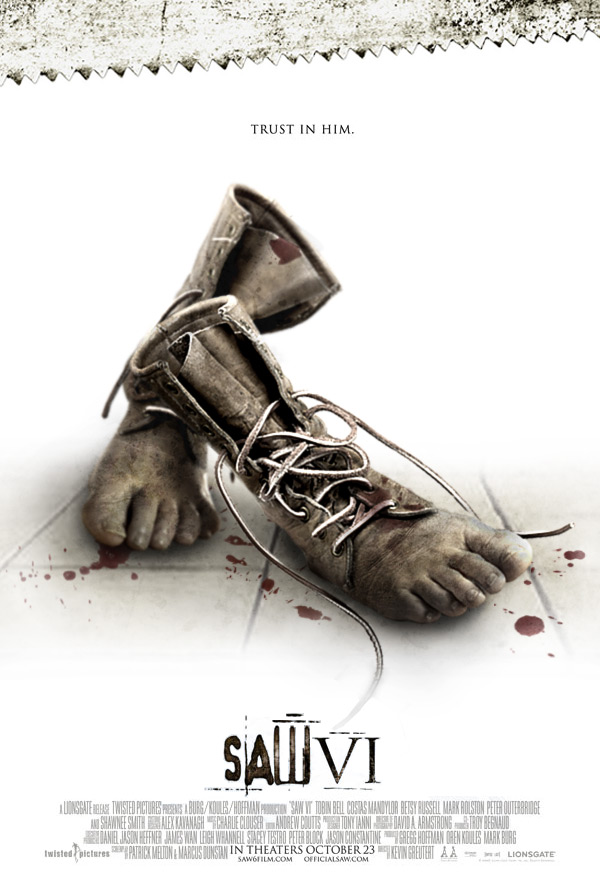 Saw VI  The body of Agent Strahm is completely smashed and destroyed and Detective Mark Hoffman frames him. Strahm is accused of being Jigsaw’s apprentice and the FBI chases him. Dan Erickson calls Hoffman and he learns that Agent Lindsey Perez has not died. When Dan finds a tape with the voice of the killer, he invites Hoffman and Perez to go with him to the laboratory to see the progress with the identification of the real voice. John’s widow Jill Tuck receives a box from his lawyer with six envelops with instructions and she gives the first five to Hoffman. The unethical CEO of the Umbrella Health, William Easton, and his team are abducted and William is forced to play a game and choose who will live or die to save his family and him.