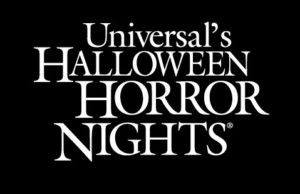 Recently, Universal Hollywood sent out a survey asking which themes would we like to see at this year’s Halloween Horror Nights. Scare Zone took good note of all the themes they asked about, and we believe this gives us some ideas about what we can expect to see this year. Last year was full of remakes with Freddy, Jason, Chucky, and Jigsaw making return appearances. We can only hope that this year will be completely refreshed, and by looking at the list (below) there is a full slate of new options available.

We’ve separated out the movies from Universal, New Line Cinema, and Lionsgate studios which we believe would be more likely to be made since Universal has already partnered with them in previous years. In addition, we noted 2011 movies that could also be strong candidates due to their relevancy. We’re not sure if the video game or TV show themes would be worthy of their own mazes, but all is fair game and we’re hoping that they expand beyond last year’s 5 mazes (Mr. Murdy, please give us at least 6 original ones, not counting House of Horrors and Terror Tram).

Take a look for yourself and leave a comment letting us know which 6 themes you’d like to see come to life. We’ll share your feedback with Mr. Murdy himself.

Which themes would you like to see this year?

Themes from Other Studios

When speculating about which movies may or may not end up as mazes for 2011, we have been getting some hints from John Murdy himself via Twitter. Mr. Murdy tweets A LOT. And he’s also very kind to answer almost every question he gets. And if you read through his responses, you will get some clues as to what concepts stand a chance for consideration:

Wolfman: “we just don’t see that many people asking for that particular film”

Dawn of the Dead: “rights are a bit tricky”

Zombieland: “didn’t see a whole lot of things that translate to a maze”

The Exorcist: John has said he’d love to do a maze based on this movie, but he can’t get the rights

Trick ‘r Treat and Evil Dead: “on the short list”

3D maze: is a “strong possibility” for this year

6th maze: “nothing official yet but I’m pushing for that”

on the possibility of a maze based on a video game : “Honestly, no. Tested a few and they didn’t do well with our fan base.”