Here’s some really bad news: Talon Falls, located in Melber, Kentucky, caught fire on Wednesday night, February 16. According to news reports, the fire broke out about 8 pm and destroyed nearly 2 acres of the haunt, including one of the outdoor mazes.

The cause of the fire has not yet been determined and is under investigation. 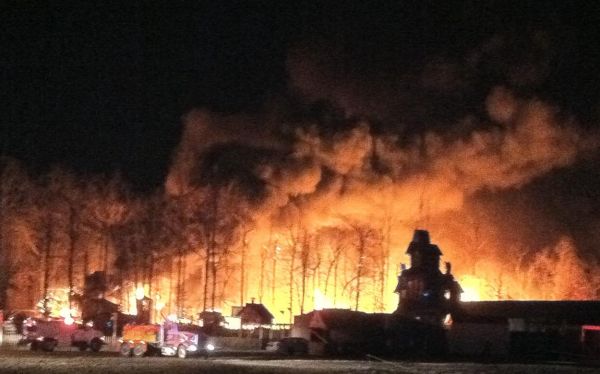 As we reported earlier this month, Talon Falls was scheduled to be one of the haunt tours taking place during the TransWorld haunt convention this March. In addition, they were planning to open to the public during March in an event called “Scream Break.” Of course, both of these events have been canceled.

There is no word yet on how this will affect the 2011 Halloween season, but we will continue to report on Talon Falls’ recovery throughout the year. Scare Zone wishes Talon Falls the best and hopes they’re able to bounce back quickly.