The consensus seems to be that John Murdy’s HHN clue “Soap Opera” refers to an “Evil Dead” maze!

John had posted an additional clue in reference to the Soap Opera maze, which was “run forest run.” Looking at both of these clues together, it was deducted that Bruce Campbell, who is the main star of The Evil Dead franchise, played a soap opera star in the movie Fargo, and Evil Dead takes place in the forest. This conclusion seems to be very likely given that The Evil Dead was also one of the themes asked about in the HHN survey. It’s also possible that the maze could be themed to the third movie in the series, Army of Darkness. This would make the Shrek theatre the perfect location for this maze, which was yet another clue John has given out. 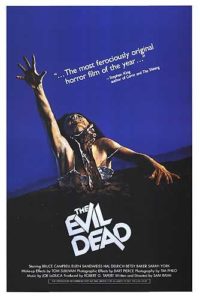 Now the next question is how scary would an Evil Dead maze be given the campy and humorous tone of the movies? It did feature some of the most amazingly gory effects for its time and has great shock value, so it will be interesting to see how they pull it all off.

Here’s some more background on The Evil Dead series.