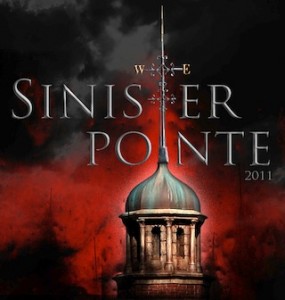 Although Sinister Pointe has been busy helping the Winchester Mystery House develop their first haunt, they have also been out scouting locations for a new, permanent home for their own haunt.

Apparently, have secured a new location in Brea, California (Orange County), that will not only house their haunted attraction but also will “contain a small Halloween specialty retail shop, convention space, meeting hall, party rental space, etc.” Wherever this place is, it sounds HUGE! We’re excited what this will mean for their haunt.

But that’s not even the best part: This new permanent space will also allow them to open year round. Yes, you heard that correctly: YEAR ROUND. Of course, this won’t mean every night, or every weekend. It’s more likely that they’ll be opening their attraction on select weekends or holidays throughout the year. (We’re hoping Sinister Pointe can be the first to bring the Valentine’s Day haunt trend to Southern California.)

Sinister Point has given no specific details about their 2011 haunt or their new space just yet. But we can tell you that this haunt was one of the absolute best we experienced in 2009 (with their “Silent Hill” and “Fear” mazes). We did not attend their “Saw” maze from the previous years, but we heard that one was also excellent. These guys make top-notch mazes that rival Halloween Horror Nights. The scares can be more intense, though, because they’re truly innovative and original. In addition, they limit the number of people in the maze at any time, so unlike HHN, you’re not likely to see the actors or scares happen to someone ahead of you. Put Sinister Pointe on your must-do haunt list for 2011!

We’ll bring you more details about the 2011 haunt as we learn them. Also follow Sinister Pointe on Facebook for updates. Here’s a video review of the Silent Hill maze from 2009.