The Scare Zone introduces our new weekly survey to help KILL time as we wait for Haunt season. The polls open on Wednesday at Midnight and you can vote for a week until Midnight the following Tuesday. We’ve secured the survey to ensure the most fair and accurate results possible.

For our first survey of 2011, we take a look at the “major” Southern California haunts to see who you, our fellow haunt stalkers, think is the scariest.

So don’t lag behind and vote. Winner Kill All!

It was a close race and there were some “passionate” voters who kept on voting. As promised we analyzed IP addresses to ensure everyone only voted once (at least from the same computer). While the order of winners stayed the same it wasn’t a total massacre after extracting the frequent voters.

Now, without further ado, here’s the results from our first Scare Zone Survey. Out of 1,458 total votes, the top killer for SoCal’s Scariest Haunt is Los Angeles Haunted Hayride with 417 (28.6%) unique votes. 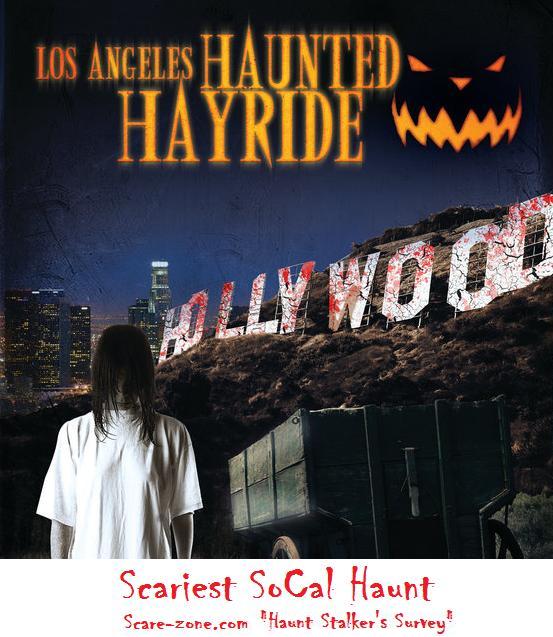 The other killer included Universal Studios Halloween Horror Nights with 366 (25.1%) unique votes followed by Sinister Pointe with 242 (16.6%) unique votes. Knott’s Scary Farm and The Haunted Hotel round out the top 5.

Congrats to all our SoCal Haunts. There’s a great collection of scares for wherever one may go in Southern California. We now how a new season upon us and with Ghost Ship coming to port it will be interesting to see who will really scare us this year! 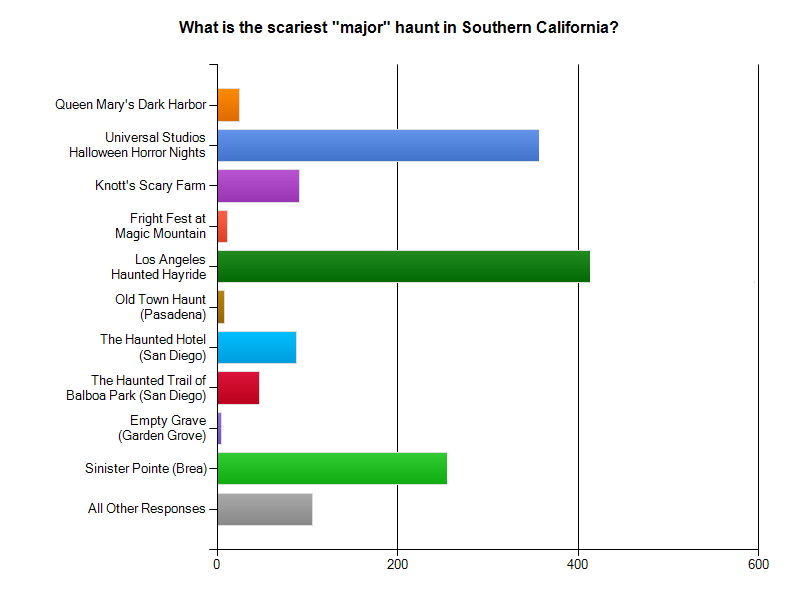