We FINALLY know one of the mazes for this year’s HHN Hollywood AND Orlando. The 1st announced maze for 2011 is The Thing: Assimilation.

At an Antarctica research site…..you’re trapped, it’s cold, and there’s no one around. Except for a shape-shifting alien….. The Thing: Assimilation! 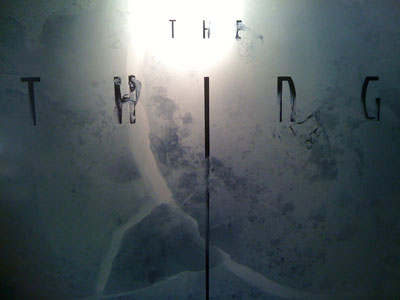 This was one of the potential mazes we mentioned in January, however  many of us forgot about it and kept focused on other potential mazes such as Scream and Hostel. With Universal’s new “The Thing” movie scheduled to premier in October it’s an obvious choice and a strong promotional platform. Don’t you love synergy?

The Thing has made an appearance at HHN Orlando before. When Scare Zone visited HHN Orlando back in 2007, they featured a maze with the exact same name;  “The Thing: Assimilation”. While it wasn’t very scary, it did have some highly detailed sets and special effects including temperature changes and animatronics. 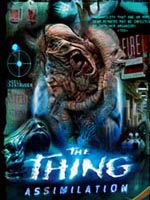 This could be a strong theme for a maze and being on the studio lot it has the potential to offer some new state of the art effects and scares. We can’t wait to see what John Murdy and his team come up with!

Now how much longer do we have to wait to learn about the other terrors coming to HHN?  In the meanwhile, be sure to V O T E for the other mazes you EXPECT to see at this year’s HHN.