This morning Universal Studios Hollywood announced the third maze for this year’s HHN: Alice Cooper’s Welcome To My Nightmare. 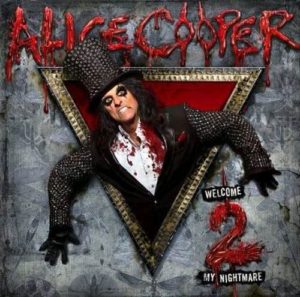 John Murdy, Creative Director for HHN, is a big fan of Alice Cooper and has said that Cooper “inspired his career,” so his special passion for this project should be reflected in the quality of the maze. Given the nightmare theme, we have to wonder if there will be a few recognizable sets/elements from last year’s A Nightmare on Elm Street maze? Ironically, Alice Cooper played Freddy’s nightmarish father in 1991’s Freddy’s Dead: The Final Nightmare.

Based on the classic 1975 concept album and its upcoming sequel, this theme branches out from HHN Hollywood’s usual devotion of turning movies into living horror films. However, Murdy promises, via his Tweets, that this will be a “movie-quality concept” maze. If Rob Zombie’s House of 1,000 Corpses returns, as we expect, then will this year’s theme be movies and rockers? Guess it works for a Hollywood based haunt.