As summer slowly comes to an end and haunts are lurking in the horizon, another treat for haunt stalkers are the new slate of horror movies rolling into theaters, airing on TV, releasing on DVD and streaming online.

The first big horror franchise to make it into theaters was last week’s premier of Final Destination 5. It seems that Death hasn’t put this movie franchise on it’s execution list yet and neither have the fans, as the movie was #3 in the Box Office, grossing over $18M. This round of fatality gone wild has been recciving positive reviews and is being called the best sequel since the original. The opening sequence alone, promises to be one of the best 3D horror scenes ever produced. 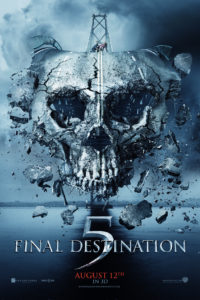 We’ve wondered if Final Destination could work as a haunt theme. There is a lot of potential, especially as a Universal HHN Hollywood Terror Tram theme. Imagine, if you will, someone having a vision about a major tram tour disaster that kills everyone on board. After we watch “ourselves” get killed in the freak tram accident, we realize that we have time to get off before the catastrophe actually happens. However, once we get off the tram that’s when death begins to stalk us. We want credit if they ever do this!

FRIGHT NIGHT (3D): Opening this weekend, this is another highly anticipated 80’s horror remake starring Colin Farrell. Senior Charley Brewster (Anton Yelchin) finally has it all—he’s running with the popular crowd and dating the hottest girl in high school. In fact, he’s so cool he’s even dissing his best friend Ed (Christopher Mintz-Plasse). But trouble arrives when an intriguing stranger Jerry (Colin Farrell) moves in next door. He seems like a great guy at first, but there’s something not quite right— yet no one, including Charley’s mom (Toni Collette), seems to notice! After witnessing some very unusual activity, Charley comes to an unmistakable conclusion: Jerry is a vampire preying on his neighborhood. Unable to convince anyone that he’s telling the truth, Charley has to find a way to get rid of the monster himself in this Craig Gillespie-helmed revamp of the comedy-horror classic. 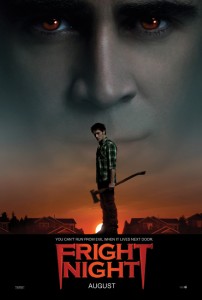 Troll Hunter: A mockumentary that follows a group of students that discover what they believe to be a government conspiracy to keep the existence of trolls in the north of Norway hidden from the general public. 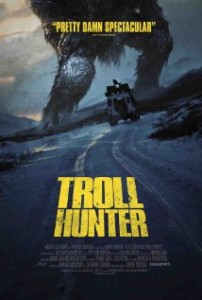 Super Hybrid: Christine for green drivers. Late one night, a mysterious car is brought into the Chicago police impound garage after a deadly traffic accident. The garage’s female mechanic, Tilda, and her young, hip fellow mechanics soon discover the car has a mind of its own: it morphs into different cars to confuse them and instead of needing an engine to run, it breathes. It’s a killing machine that is capable of outrunning and outwitting humans. 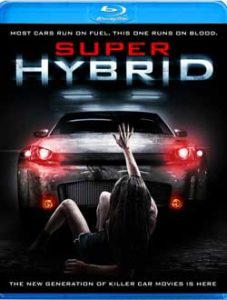