We’re very interested in this weekend’s release of Guillermo Del Toro’s remake of the 1973 TV movie classic Don’t Be Afraid Of The Dark. This is the movie that made kids who grew up in the 70’s terrified of their fireplaces. With an ‘R’ rating and the new CGI version of those beastly little demons, we expect this version will really ratchet up the scare factor.

As always, we’ll be evaluating the movie for haunt potential. From the trailer alone, we think that Del Toro’s signature story style will lend itself well for a haunt experience based on this creepy tale. It will just be a challenge to find actors small enough to play the the demons (*rim shot*).

Don’t Be Afraid of the Dark: Introverted Sally Hurst has just moved in with her father Alex and his girlfriend Kim when she realizes that their sprawling estate holds its fair share of secrets. Ascending to the depths of the house, Sally gains access to a secret lower level that has lain undisturbed for nearly a century, when the original builder vanished without a trace. When Sally accidentally opens the gateway that kept the creatures locked up tight, she realizes that in order to prevent them from destroying her family is to convince her skeptical father than monsters really exist. 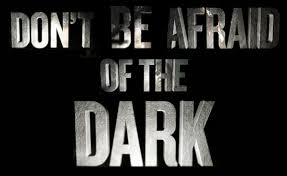 The Caller (Limited Release): Troubled divorcee Mary Kee is tormented by a series of sinister phone calls from a mysterious woman. When the stranger reveals she’s calling from the past, Mary tries to break off contact. But the caller doesn’t like being ignored, and looks for revenge in a unique and terrifying way.

Tucker & Dale vs Evil (VOD – Fri, August 26):  Tucker and Dale are two well-meaning hillbillies who just bought the vacation home of their dreams – a run-down, lakefront cabin in the middle of the woods. Only their peace is disrupted when a group of rowdy college students choose their area of the forest to go camping. When one of the girls falls into the lake (a result of Tucker and Dale startling her), they bring her back to their cabin to bandage her up. The catch: when they tell her friends they have her, the teens think they had kidnapped her. A chain of hilarious misunderstandings ensue, consisting of the teenagers accidentally killing themselves in front of the unsuspecting (and truly baffled) Tucker and Dale.

Outcast (VOD – Tue, August 30): It tells the tale of Petronella (a Scottish/Romany girl) and Fergal (her mysterious Irish traveller boyfriend). As their doomed relationship plays out, a Beast stalks the estate, killing locals, working its way towards our protagonists. Meanwhile Cathal and Liam, two mysterious travellers from Ireland use ritual and magic on a blood hunt. Mary, Fergal’s mother performs ritual and magic of her own. As Cathal comes face to face with Mary in a vicious finale we know one thing: the Beast must die.

Children of the Corn – Genesis (DVD – Tue, August 30): TIM and ALLIE seek shelter in a remote desert compound after becoming lost and stranded. A strange Manson-like character, PREACHER (Drago), reluctantly allows them inside with strict orders to be gone by morning and not wander “where you are not invited.” At first, Preacher and his mail-order wife OKSANA (Nedeljakova) deny the faint screams and cries that emanate from one of the crumbling outbuildings. When Allie sneaks outside to investigate, she discovers that she and Tim have stumbled onto a bizarre cult worshiping an entity that may — or may not — dwell inside a haunted little boy.

Orcs! (DVD – Wed, August 31): Faced with extinction, two park rangers are forced to defend the national park against hordes of rampaging orcs. Ancient and long forgotten, these orcs are unleashed from the depths of the mountains, and they won’t stop until we’re all dead.