Haunt season is around the corner and a few horror flicks have begun to grace to the silver screen over the past few weeks. However, the lifespan of many of these recent movie releases has been shorter than that of a horny and high teenage couple, frolicking naked in the no trespass section of the woods, after their car has broken down on the way to a spring break party. This week the new movie offerings are limited but they do feature some of horrors favorite names such as Sid Haig, Tim Curry and An American Werewolf in London director John Landis.

In addition, we have a ‘Movie Haunt Review’, based on a movie’s haunt potential.

Creature (Limited Release): An ex-Navy seal (Mehcad Brooks), his girlfriend (Serinda Swan) and their friends head out on a road trip to New Orleans. The group decides to stop at a roadside convenience store owned by Chopper (Sid Haig), who tells them the tale of Lockjaw, a fabled god-like creature who is half-man, half-alligator. The legend has it that an inbred local man by the name of Grimley (Daniel Bernhardt) lost his family to a monstrous white alligator, which then drove him to madness and some believe he was transformed into that very creature that now haunts the depths of the swamps.  Their curiosity peaked, the group decides to play along with the local tourist trap and journey deep into the backwoods to find the old dilapidated cabin which is supposed to be the birthplace of the creature. As they set-up camp for the night, their faith is put to the test when Lockjaw turns out to be more than just a myth and they realize the locals are hiding a horrifying secret that jeopardizes them all. 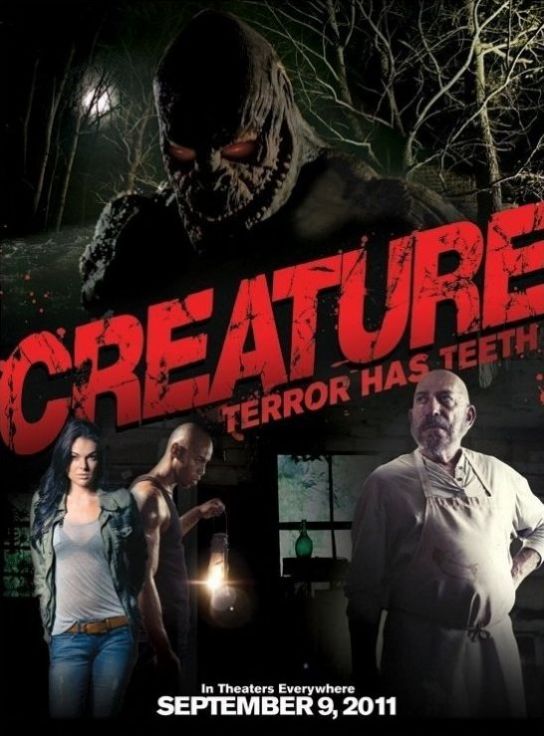 Burke & Hare (Limited Release): William Burke and William Hare are scratching out a living in 1830s Edinburgh.  After yet another failed business venture, they return to Hare’s lodging house to find that their tenant has suddenly died on rent day.  As the boys decide how to dispose of the body over a drink, they discover that a corpse can fetch a hefty price.  Edinburgh is the center of the medical universe and the city’s doctors are crying out for more cadavers for their educational lectures. First they try the infamous Dr. Monro, but he’s not interested, so they sell the corpse to Dr. Knox, his vain and ambitious rival who urges them to bring any more ‘unfortunates’ they may stumble upon. Entrepreneurial Hare is quick to realize they’ve hit on a great money making venture and despite the more sensitive Burke’s misgivings, they embark on a series of plans to secure more bodies. They arrange a series of deadly ‘accidents’ for the local unfortunates and to celebrate their success, they go out on the town to celebrate.  There, Burke meets Ginny, a beautiful and spirited aspiring actress. In a series of hilarious comic misadventures Burke and Hare begin to secure a steady stream of bodies and the cash starts rolling in. 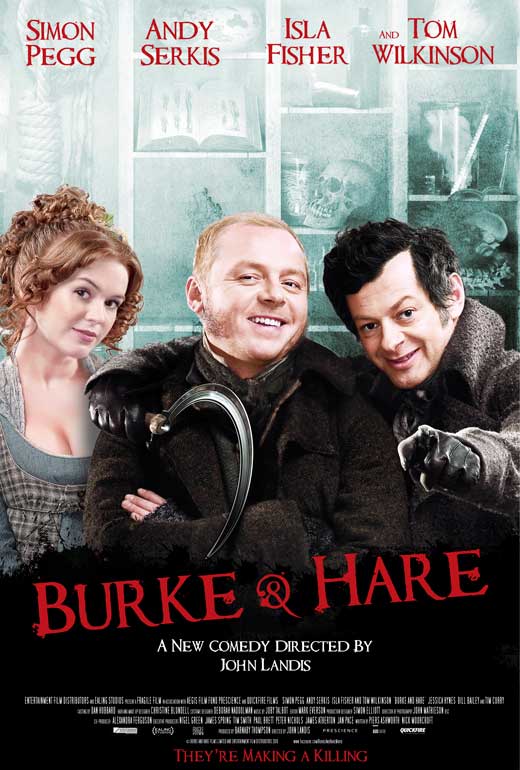 Dylan Dog – Dead of Night (Available on DVD and Blu-Ray): Based on the popular Italian graphic novel series “Dylan Dog” by Tiziano Sclavi. Brandon Routh stars as Dylan Dog, world famous private investigator specializing in affairs of the undead.  His PI business card reads “No Pulse?  No Problem.”  Armed with an edgy wit and carrying an arsenal of silver and wood-tipped bullets, Dylan must track down a dangerous artifact before a war ensues between his werewolf, vampire and zombie clients living undercover in the monster infested backstreets of New Orleans.

We recently watched this movie over the holiday weekend and were pleasantly surprised by it. While it played as an mystery-action movie, there were a few surprise scares sprinkled through out. It did have some of the usual vampire vs. werewolf themes that we’ve seen in movies such as, Netherworld and Van Helsing. It also had some camp humor, like the zombie support group for ‘new’ zombies, but it was played out very well and fit the story line. What we like most about the movie was the Gothic New Orleans sets and blending of infamous horror creatures (vampires, zombies, werewolves). We definitely could see the various sets and monsters inside a haunt maze/house. The zombie parts store, werewolf meat factory, and vampire chamber on a boat all offer some unique haunt sets and scares. This movie was suggested as a haunt for HHN but we actually could see this being a better theme for a Cedar Fair Haunt (Knott’s Scary Farm, Scarowinds, etc.) or a non-commercial local haunt. Whoever does it, just needs to find a way to recreate the digging out of grave scene.