It seems that Michael Myers just can’t get enough murder and mayhem. Not only will he be terrorizing the Fright Dome in Las Vegas this Halloween season, but he’ll also be bringing his creepy head tilting and blank stares to Times Square in New York City…year round!

Jason Egan, of Egan Productions, creator of the Fright Dome haunted attraction at Circus Circus in Las Vegas, in conjunction with Compass International Films, is branching out his brand of terror to the Big Apple in an all-new horrifying haunt called “TIMES SCARE.” The attraction will feature two haunted houses combined into one. You will begin the journey in the psych ward at Haddonfield Memorial Hospital and then make your way to the Myers home itself, where Michael is no doubt waiting for you (check the closet). 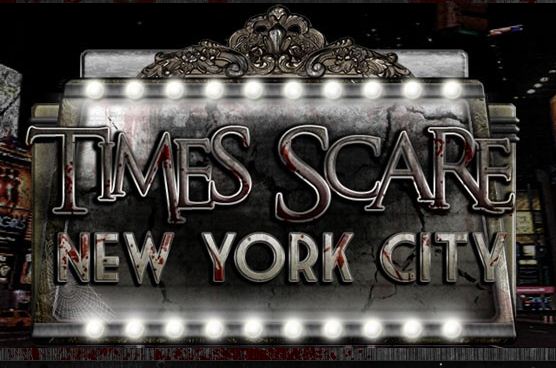 In addition to the haunt, the venue will also feature a 300-seat theater housing a show by illusionist Dan Sperry and two themed, full bars. The first bar, “The Kill Room,” will be surrounded by white walls splattered with blood and will feature cocktails such as the “Son of Sam” and “The Ripper.” The second bar, “Parlour of the Paranormal,” will have a Gothic theme and will serve creepy concoctions called “VooDoo” and “Trinity.” And if all that isn’t enough, you can stop in the gift shop and buy yourself a nice souvenir afterwards.

We think this attraction sounds pretty cool, and we can’t wait to check it out. Scare Zone will be taking a field trip to Las Vegas this October to experience Fright Dome and the Michael Myers mazes that sound nearly identical to the ones coming to Times Scare. Look for our full report on Fright Dome in the coming weeks!

Times Scare opens October 13 and will be open year round. For more information about Times Scare in New York City, visit their web site.