This Halloween season, Scare Zone has been featuring some great haunts from England on our site (including Fright Nights at Thorpe Park and Alton Towers’ Scare Fest). This week, we bring you details of “Phobophobia” at The London Bridge Experience and London Tombs. 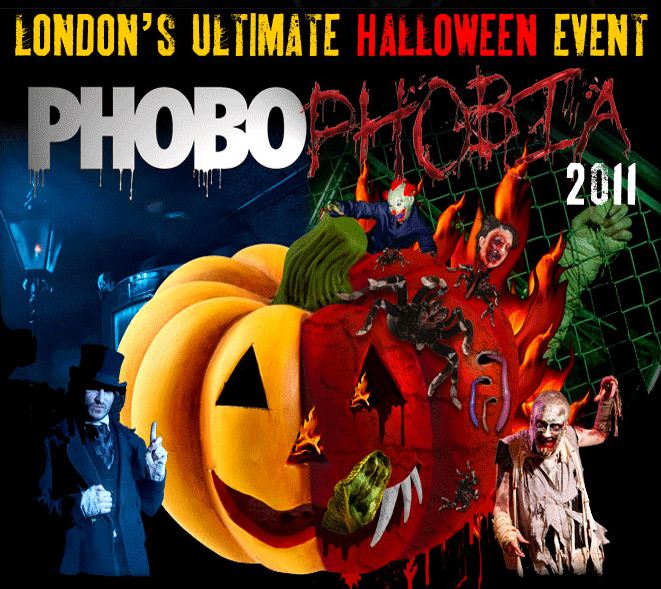 The attraction features tours of the site’s dark history during the day and “extreme” scares once the sun goes down:

During the day… The History behind the horror Halloween! 10am-6pm 17th October – 1st November (Family friendly). Our family shows are suitable for all ages, exploring 2000 years of London Bridges dark Halloween history. Travel back in time and be taken on a journey led by first class actors and the stunning special effects throught London’s scariest attraction. After The London Bridge Experience you will be given the option to descend into the London Tombs-winner of the “Best Year Round Scare attraction” at the Screamie Awards for the past 3 years, for our special Halloween experience. We do offer a guardian angel tour for our younger guests allowing them to experience the tombs in a less scary format.

After dark… Extreme scares – Halloweens most hellish event! 7pm-Late 27th October-31st October (over 11’s only). What can only be described as the ultimate Halloween show, Phobophobia focuses on the fear of fear itself. Phobophobia, 2011 brings you face to face with the subject of common phobias, as well as a few bizarre ones. Make your way past walls that are dripping in blood, squeeze through confined spaces and gasp in terror as you’re met with spiders, snakes, ghosts and ghouls, cackling witches and creepy clowns. Deep within the gothic catacombs under London Bridge sinister spirits are poised to prey on unsuspecting visitors. The London Bridge Experience and the London Tombs have joined forces to create Phobophobia 2011 to ensure Halloween tthis year is a genuine fright fest!

This Halloween, The London Bridge Experience & London Tombs leave you at the mercy of the Bloody Butcher and his hellish clan, guaranteeing to give you the scariest, nerve shredding, most exhilarating and pulse racing Halloween yet! Also new for 2011 – we will exclusively be featuring the Human Centipede (First Sequence)! 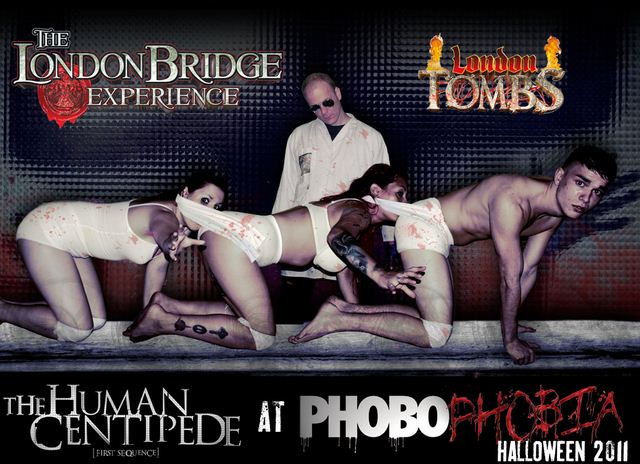 Yes, that’s right: this is the first Halloween attraction (to our knowledge) to feature the infamous Human Centipede! While many have joked that this movie would make a great haunted house at Halloween Horror Nights, we never really thought someone would try to bring it to life at a haunt. But leave it to the Brits to push the boundaries. We just hope that those scareactors are getting paid extra for their roles.

The “extreme” event begins October 27th and runs through Halloween. In addition, Dr. Heiter (Dieter Laser) will make an appearance to give out autographs at the event from October 27 to October 29.