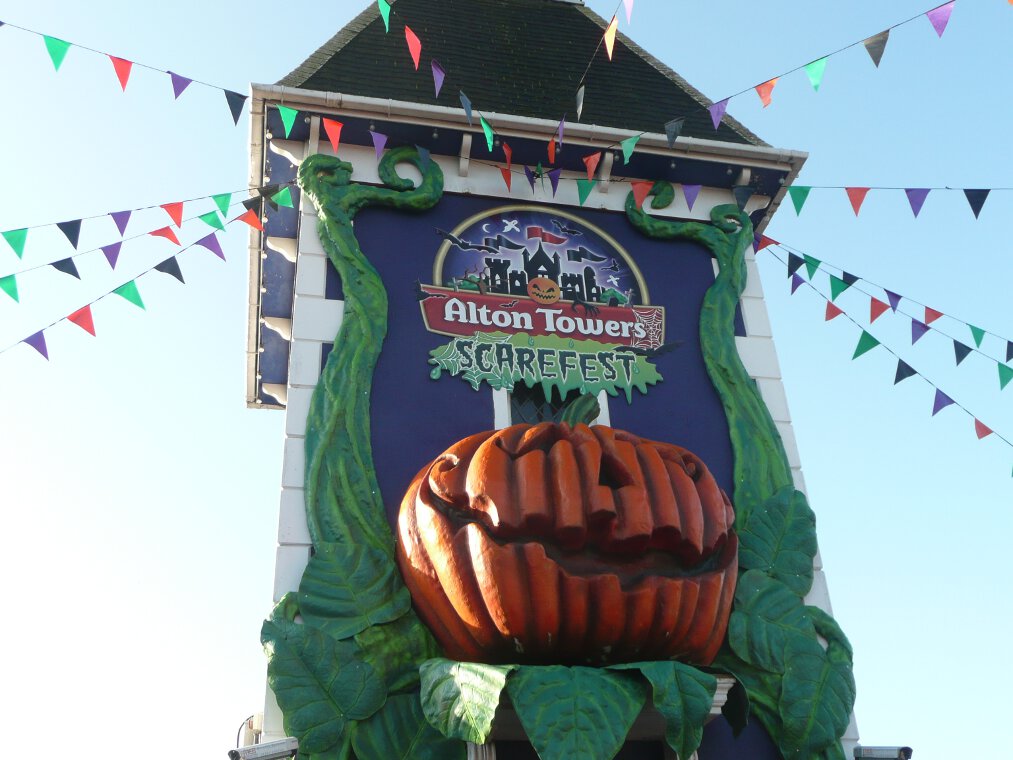 Exclusive for Scare Zone, here’s a review from our fellow Haunt Stalkers at Theme Park Tourist of Carnival of Screams at Alton Towers’ Scarefest 2011. 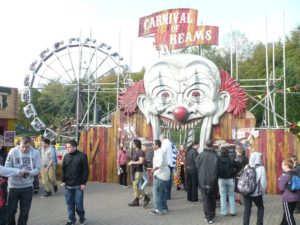 The UK’s most popular theme park, Alton Towers, has once again kicked off its annual Halloween Scarefest celebrations. The event features a diverse line-up of family-friendly shows and entertainment alongside three adult-oriented horror mazes. One of the mazes, Terror of the Towers: What Lies Within, has featured in every Scarefest event to date and is included with the price of admission. The other two, The Boiler House and Carnival of Screams, require a separate entry fee of £6-7 each (or £12 for both).

Introduced last year in place of the fan-favorite Field of 1000 Screams, Carnival of Screams debuted to mixed reviews. While we found the central theme (a circus gone bad) and external theming to be very strong, the execution of the maze itself was lacklustre. It was too short, there was a total lack of plot and the finale (an encounter with a King Kong-style giant ape) was more funny than scary. We hoped that 2011 would prove to be the year when the maze lived up to its potential and had guests running for their lives away from its troupe of murderous clowns. 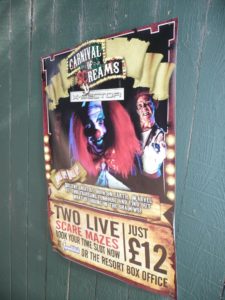 In previous years, the two upcharge horror mazes have been hosted in the grounds of the Alton Towers Hotel, outside of the park itself. This allowed the creation of the sprawling Field of 1000 Screams, and also created a real sense of spooky isolation when waiting to enter each of the mazes. For Scarefest 2011, both The Boiler House and Carnival of Screams have been relocated to the futuristic X-Sector area of the park. The Boiler House suffers badly from this move, as the feeling of waiting outside a genuine abandoned boiler house is now long gone. Carnival of Screams, meanwhile, looks bizarre during the day (it opens to the public at noon) – what is a garishly-colored circus tent doing in the middle of a space-themed land? At night, however, it blends in well with the illuminated rides to resemble a genuine, creepy funfair. 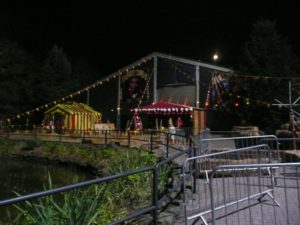 It was with high hopes, then, that we shuffled into the big top to begin our tour of the Carnival of Screams. After a very brief introduction from a suitably unsettling clown, we were sent on our way. The early signs were promising, with an obese, caged circus freak reaching out to grab at members of our group. Sadly, this proved to be the first and only time that any of us screamed throughout the entire experience.

The remainder of the maze features a few impressive set pieces. The highlights are a hall of mirrors (we laughed at one clown’s taunt of “silly boy” as the leader of our group walked straight into his own reflection), and a room covered in spots from which there is no obvious exit. Sadly, that’s really it – the remainder of Carnival of Screams is a fairly generic walkthrough.

Perhaps the biggest disappointment is the clowns themselves. Last year’s troupe appeared to have some genuine circus training, performing a few stunts and some impressive mime acts. This year, however, they seem to be generic scare actors, offering little more than the grunts and shouts associated with zombies, ghosts and other standard haunt creatures.

For the second year running, Carnival of Screams is over far too quickly. The giant ape finale is gone, and there’s really nothing to replace it. Instead, groups simply spill out back into the park, many of them asking “was that it?”. At £6 for a single maze, we expected more – rather than an improvement, the 2011 version of the attraction is actually a distinct downgrade from last year’s offering. 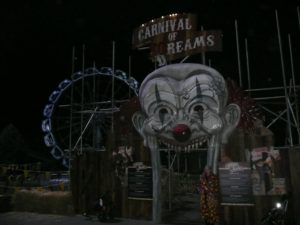 There’s still a good maze to be created out of Carnival of Screams. Clowns are scary, and the external theming is too good to waste on such a limited experience. Word-of-mouth is likely to catch up with Alton Towers eventually, and some of those who paid the upcharge this year may think carefully before digging into their wallets again in 2012. We hope that the park lengthens the maze, invests in some talented scare actors, layers on a plot and introduces a fitting finale. If it does, it will have a carnival worthy of its name.