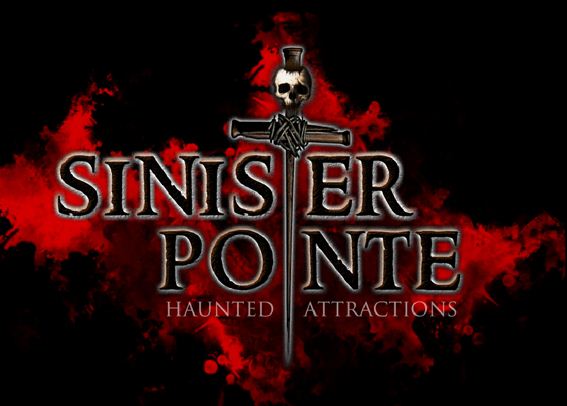 Scare Zone did not exist in 2009, but if it had, Sinister Pointe’s Fear attraction would have ranked near the very top of our list that year. Its interactive, super suspenseful scares were unique and had us screaming. We’ve also heard many people rave about the Saw attraction from 2008. Last year, Sinister Pointe was busy creating other haunts and took a year off from their own attraction. But in 2011, they’re back in full force with a new location, a new theme, and new ways to scare the hell out of everybody. 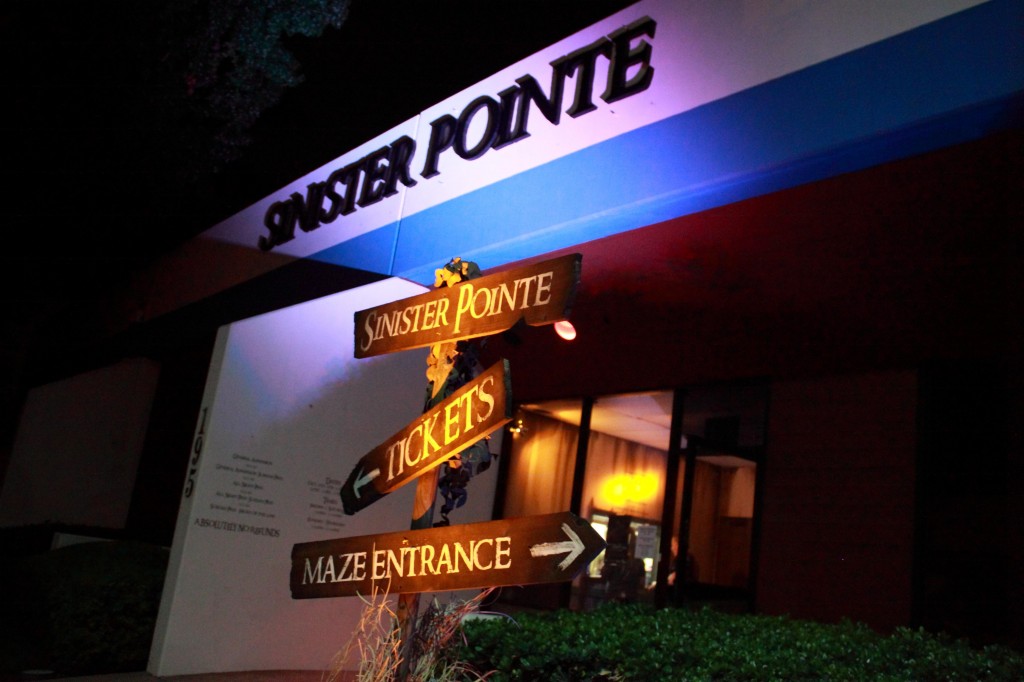 Sinister Pointe’s new location is an interesting one–smack in the middle of an office park–type area in Brea. We went on a busy Saturday night, but there was still parking available. A good variety of gourmet food trucks was parked outside—a great idea, as waiting in the long lines could make a lot of people hungry. 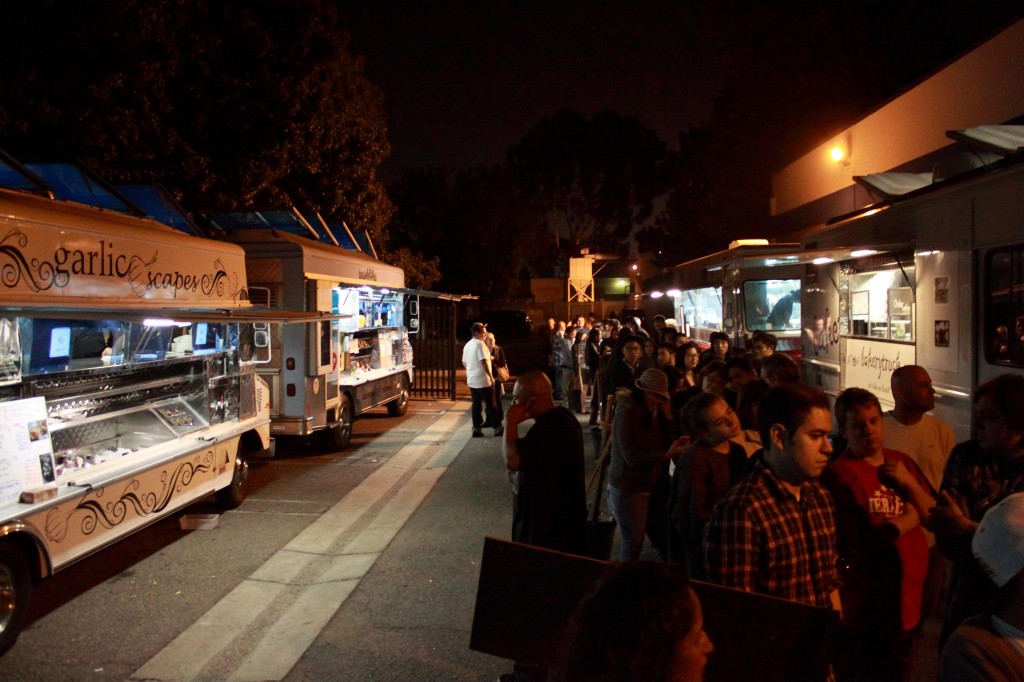 Although the lines on a busy night might actually look short compared with, say, Halloween Horror Nights, Sinister Pointe lets in only small groups at a time, so the wait can be long. The nature of the maze requires that only small groups go in at a time. Although a “conga line” inside a maze never works, for Sinister Pointe, it’s even more important that groups be spread out, and we’ll explain why in a minute. But be patient, as the wait is definitely worth it. We suggest arriving early or coming on a non-peak night. Or, buy a “Scream” pass to bypass the main line. Although we did get the Scream pass, we still waited nearly a half-hour to enter.

After we waited a while outside the building, we were let “inside”–to another line. However, this line was actually a treat to wait in, because it’s a highly themed area with music, spooky lighting, and roaming actors all surrounding a very impressive fully themed facade of the outside of a dilapidated house containing unseen horrors. In fact, it reminded us very much of Reign of Terror’s line–they even had very similar lightning effects. When it was finally our turn to go in, we were immediately ushered into a room to have our picture taken, a practice that seems to be very prevalent at haunts these days. We were then let loose inside the maze.

From the very first steps, you’re forced to make a choice as to which direction to go in: right or left. This begins the “Choose Your Own Adventure” theme. You’re faced with these choices throughout the maze. There are some dead ends, and we suspect that many of the paths overlap and eventually converge. But it was hard to get a feel as to how different the paths might actually be. You can buy the “All Nite Scream Pass” and go through over and over, taking different paths. But we went through the maze only once, so our review is based on just one possible experience inside. Because Sinister Pointe plans to open at various times throughout the year, we wanted to save the other paths for our next haunt adventure.

The maze has a sort of hillbilly farmhouse type of feel. Sinister Pointe has described it as a mix of The Hills Have Eyes, House of 1000 Corpses, and Texas Chainsaw Massacre. The sets are very detailed, and you go through various rooms within a house as well as through outdoor scenes. Our favorite rooms included unique effects, such as swaying walls and a crazy, brilliant optical illusion involving a mirror.  There are also rooms where you have to stop and perform a task before moving to the next room.

From the get-go, the scares were relentless. There are a lot of shadows in this maze, and the actors seem to emerge right out of the darkness. We were particularly impressed with how athletic the actors were. Many seemed to run full speed at us–some while on stilts! There was no lack of energy in this haunt. The actors quickly sniffed out the most frightened in our group and teamed up to double the terror.

The maze was long, and we definitely felt that we got our money’s worth. The spacing of groups seemed very well planned, as we didn’t see a single other group the entire time we were inside. The authentic maze-like quality of this haunt requires that only small groups go through at a time, because running into another group would completely deflate the “getting lost” feeling that permeates the attraction.

On the (slightly) negative side, we did feel that the haunt lacked an overall story. Although many rooms were very detailed, we did go through several spaces that seemed to be devoid of any theming at all (for example, a room with black walls with red laser dots). This may be because Sinister Pointe plans to have openings year round, and they may want to keep some spaces available for different uses during the year. But that’s just speculation. We know from their work on Queen Mary’s Dark Harbor (2010) and the Winchester Mystery House (2011) that these guys can create an amazing atmosphere and storyline in their mazes. If they manage to round out the story in this maze, it has the potential to become a truly special, top-tier haunted attraction.

Nevertheless, Sinister Pointe ranks near the very top of our list of 2011 haunts.