When Scare Zone was in Las Vegas just a couple of weeks ago, we had a long list of haunts we wanted to see. Unfortunately, two of the haunts had long lines stretching to hell and back, so we were unable to squeeze in as many haunts as we wanted (click here to our reviews of the haunts we attended in Las Vegas). Two near the top of our list that we didn’t make it to were Asylum and Hotel Fear. And just because we missed out on this haunt, we don’t want you to!

Asylum and Hotel Fear (collectively known as “Las Vegas Haunts“) are located just north of the Las Vegas Strip in North Las Vegas. Both have extensive back stories and are billed as “story-driven” haunts:

Asylum and Hotel Fear, hosted at the same location, each tells the story of Mortimer Feoray, troubled child turned madman. Visit the subject’s former home at Hotel Fear, then experience his new “haunt” at the Asylum. 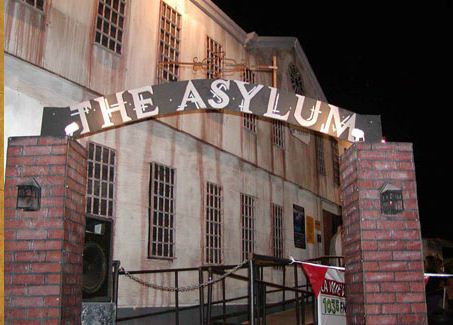 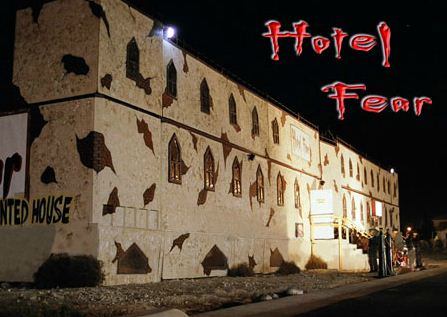 The haunt prides themselves on providing elaborate detail in every set and a cohesive theme, not only within each haunted house, but also between the two houses. On the web site, you can listen to the back stories for both houses. In addition, they’ve been voted a Haunt World Top 13 haunt.

Next time we’re in Vegas, you can bet that we’ll be sure to visit this attraction.