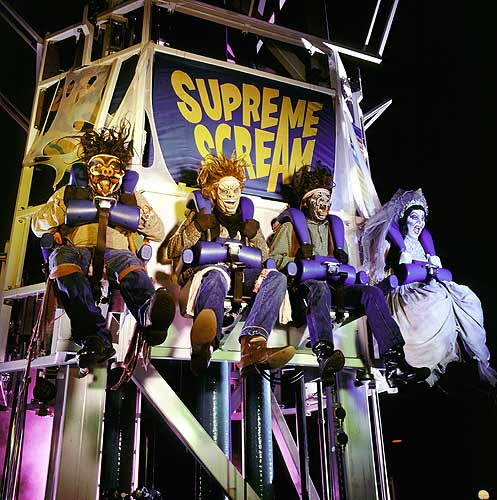 Knott’s Scary Farm’s Halloween Haunt is preparing for its 40th anniversary in 2012 and has just officially announced that this year’s scare-tivites will begin on September 21st and run  for 25 horrifying nights through Halloween night.

The typically family friendly theme park transforms itself for its willing victims into 160-acres of sheer terror. The event which started with a few Halloween decorations and costumed employees has grown to be the world’s largest Halloween celebration in the world.  Knott’s Halloween Haunt continues to be the leader in theme park Halloween events offering a whopping 12 mazes, six hair-raising shows, four horrific scare zones and 1,000 monsters roaming throughout the entire park.

We already know that one of the new mazes will be a remake of The Dominion of the Dead and expect that they’ll announce their full maze line-up in the next few weeks. In addition, they have begun their construction hiring and monster auditions. Check their website for more information.