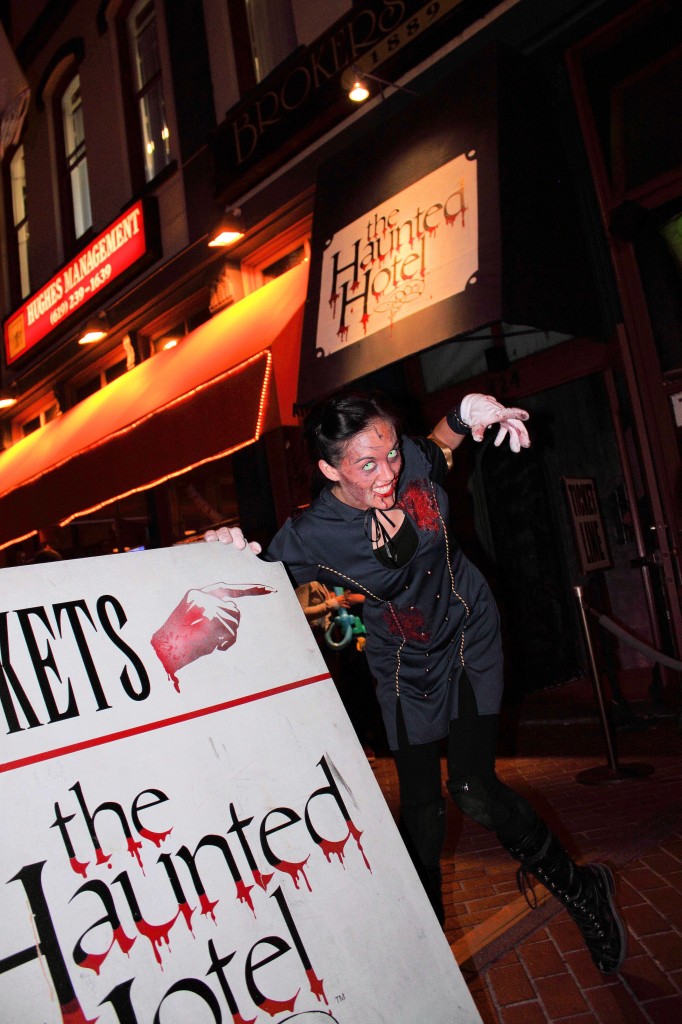 Looking for a place to stay while at this year’s Comic Con in San Diego? Well look no further, as The Haunted Hotel still has some vacancies to fill. We think this is the perfect place to stay and scream before or after surviving The Walking Dead Escape or the other Comic Con offerings.

The Haunted Hotel will be open during Comic Con weekend on Friday, July 13, and Saturday, July 14 from 7 pm to 11 pm. Tickets are $16.99, but you might find some discount coupons in the downtown area that weekend.

The Haunted Hotel has been featured on the Travel Channel and was ranked by Haunt World as a top 13 haunt. We’ve also attended in past years and really had a great and scary time. Each year they continue to plus the scares and offer new frights, so even if you’ve been before we suggest another visit as you’ll never know what they have in store for all the Comic Con freaks lurking about.

If you’re anxious for some mid-summer screams (and, like us, just can’t wait another three months until official haunt season), head out to San Diego (no ticket to Comic Con needed). Just be sure to check in early, as the lines can get long for this popular haunt.