This time of year is like Xmas for Haunt Stalkers as Haunts begin to gift us with the news of this year’s terrifying  offerings. And of course, we expect all of it to be naughty not nice. 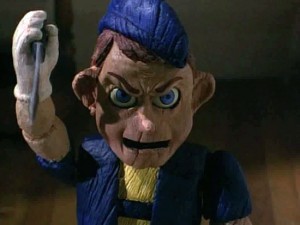 Knott’s Scary Farm kicks off the season’s screamings by giving us some nice “stalking” stuffers by revealing more of their 2012 mazes. Looking at the themes and conceptual artwork, it seems as if they’re changing the overall direction of their mazes (for the better) from campy to more sinister and macabre themes. This is the path they need to stay on in order to continue to be a relevant and formidable competitor in the growing Southern California Haunt market.

They made big progress with last year’s very elaborate and disturbing Delirium maze, which will be returning  this year. Other mazes confirmed as returning include Slaughterhouse, Fallout Shelter, Dia de Los Muertos, Uncle Bobo’s Big Top of the Bizarre, Virus Z, and Endgames. In addition, they’ve announced a revamped version of  the classic 90’s vampire maze, Dominion of the Dead. Now we have confirmation of 3 more mazes: Terror of London (returning maze), Pinocchio Unstrung (new), and Trick Or Treat (new). These mazes continue to carry forth’s Knott’s showcase of dark and evil as well as fantasy themes.

Step back in time and into the fog filled streets of London. The villains of the night are terrorizing the townsfolk! Step lively or you’ll fall victim to Jack the Ripper’s blade or Dr. Jekyll’s twisted experiments. Will you make it out in one piece…or in pieces?

For 2012 they’ll be updating some of the the death scenes to make then more “historically accurate.” 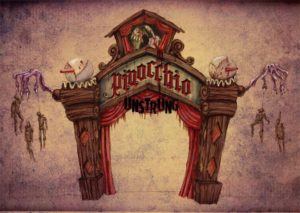 Several years after the blue fairy denies him his final wish, Pinocchio erupts in a wild killing spree, where he and his army of murderous marionettes seek the flesh from his former masters to cover his twisted, wooden body. Revenge comes with no strings attached.

This maze will be located inside the Wilderness Dance Hall (finally) replacing The Doll Factory. We just hope with the puppet theme they don’t blatantly recycle the Doll Factory’s sets and props, which would be easy to do. However, this maze comes from the demented mind of Haunt Maze designer Daniel Miller, who is the twisted creator of Delirium, so expect a new level of terror to be created with this interesting theme. You can check out the official Pinocchio Unstring teaser video HERE. 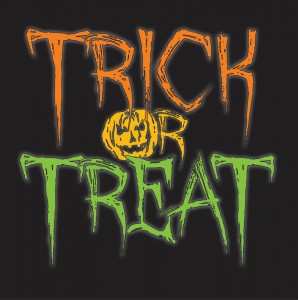 It’s Halloween Night and that old house on the corner is the last place anyone should go trick-or-treating at. All the kids know that something evil lives there. But here you are ringing the doorbell… Maybe the kids were wrong. Maybe you’ll get some candy. Maybe you’ll make it home tonight. Or maybe you’ll venture inside and never be seen again. From the poisoned hand of Haunt Designer Brooke Walters, designer of The Doll Factory and Endgames, comes a journey through childhood terror you won’t forget.

**Updated 6/26**The New Trick-Or-Treat Maze will feature (for the first time ever) the opportunity to actually Trick-Or-Treat in the queue! For a nominal fee you’ll get a limited edition mask, a bag and an assortment of 40th Anniversary Haunt items that are only available to those who join the fun! There is no charge for the actual Trick-Or-Treat Maze. Only for the trick-or-treating option in the queue. You’ll be able to fully immerse yourself in Halloween, in Haunt and in the terror that Trick-Or-Treat has in store for you.  Bringing Halloween back to Halloween Haunt, Trick-or-Treat promises to be a brand new Scary Farm experience. And we’re not even mentioning the secret part of Trick-or-Treat. For that you’ll have to wait…..

Now, the Scare Zone wants to hear from all of you, so be sure to share your thoughts and comments below about the Knott’s 40th anniversary Haunt offerings.