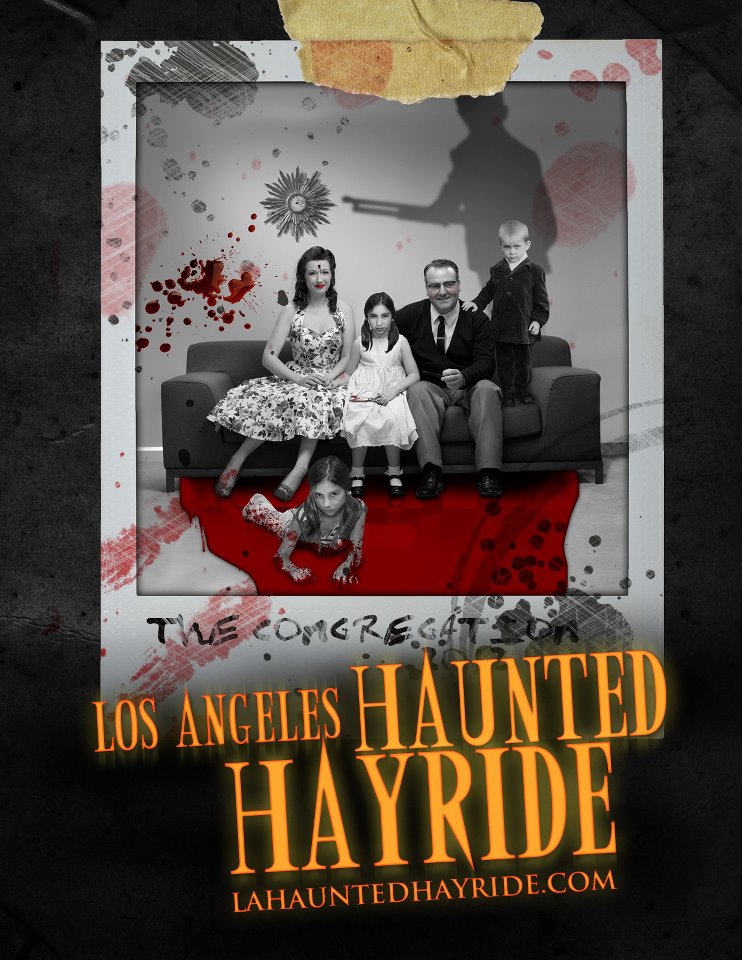 2012 marks the fourth year of the Los Angeles Haunted Hayride, one of the few Halloween-season hayrides in the Southern California area. The first year of the hayride was at King Gillette Ranch in the Santa Monica mountains, and the towering oak trees and rustic setting there provided a very fitting and spooky atmosphere for the event. In 2010, the hayride moved to the Old Zoo at Griffith Park, and although the Old Zoo is a cool location, the terrain is a more open, which seemed to make the actors’ jobs of hiding a bit harder, and hence the scares seemed less effective.

Now in its fourth year, the hayride is trying to find its stride, in part by creating a continuous storyline that weaves together and builds on the previous years’ events. In 2011, a back story centered on the “Clifton Twins,” two young girls who are prone to violent nightmares. This year, the hayride is building on that story with “The Congregation”:

While playing in the woods surrounding the Old Zoo, the Clifton Twins discovered a strange playmate–a little boy named Aleister. The boy had no family, no one could understand how he had survived. He would barely speak, and if he did, he preached a dark religion he had learned from the presence in the woods. Soon, he gathered a flock of followers, the Clifton family included. And on that faithful night, when all perished in a horrific church fire, Aleister’s black eyes glowed against the flicker of the match. Tonight, Aleister and his followers have returned to mark you as a witness to the prequel of past years. Examine the darkness he brought onto the community and what occurred before that fateful night the church fire killed the whole village. Ride with us as we explore the powerful hand of cults.

The 2012 hayride experience will include an “extended” ride with new scenes. They are also promising that you will get wet.

Also returning this year will be the “In Between” (a maze of black walls) and the “Purgatory side show.”