Earlier this year, we heard that the Timber Mountain Log Ride and the Calico Mine Train would not be getting the full “maze” treatment for Halloween Haunt this year at Knott’s. So we were surprised when Knott’s confirmed today that the Log Ride would be transformed into the Evil Dead this year. 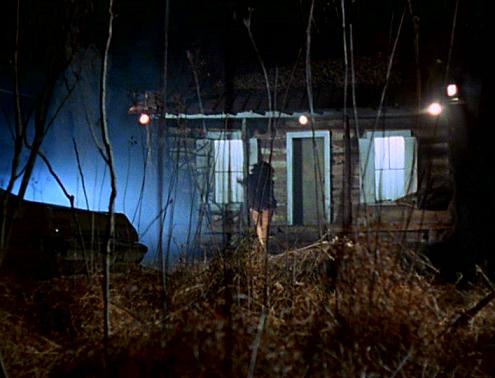 Evil Dead has long been at the top of the list of haunt fan requests–for Halloween Horror Nights. We don’t think many ever seriously considered the possibility that Knott’s would take on such a property. In the past, Knott’s has featured mazes based on movies (The Grudge, Quarantine), but the vast majority of their mazes have always been original concepts. Evil Dead is a cult classic and a property that we know John Murdy at HHN Hollywood would like to feature, so it almost feels like Knott’s has stolen the rug out from under Universal. Adding to that is the fact that Knott’s is also featuring a maze called “Trick Or Treat,” when haunt fans have been loudly requesting a Trick ‘r Treat maze at HHN for the past few years. (Note that the Knott’s version is not based on the movie, but only shares the same name.)

Knott’s continues to surprise and intrigue us this year. It definitely feels like they are going after the HHN crowd with more extreme offerings (e.g., the VIP maze “Trapped”) and concepts that would be more expected at Universal (e.g., Evil Dead). Although we don’t know how extensive the theming will be on the log ride, the wooded scenery does seem to fit the concept pretty well, in theory. Knott’s mentioned the 2013 Evil Dead remake in their announcement, so it’s unclear whether the attraction will be entirely geared toward the remake or include elements of the classic versions. Since the movie will not be out until next April, it might be hard to tell what is supposed to be from the new movie. But we can’t wait to see for ourselves this haunt season.