We’ve now come to end of John Murdy’s 2012 HHN Twitter code games with the announcement of the 7th and final attraction The Texas Chainsaw Massacre: The Saw is Law. 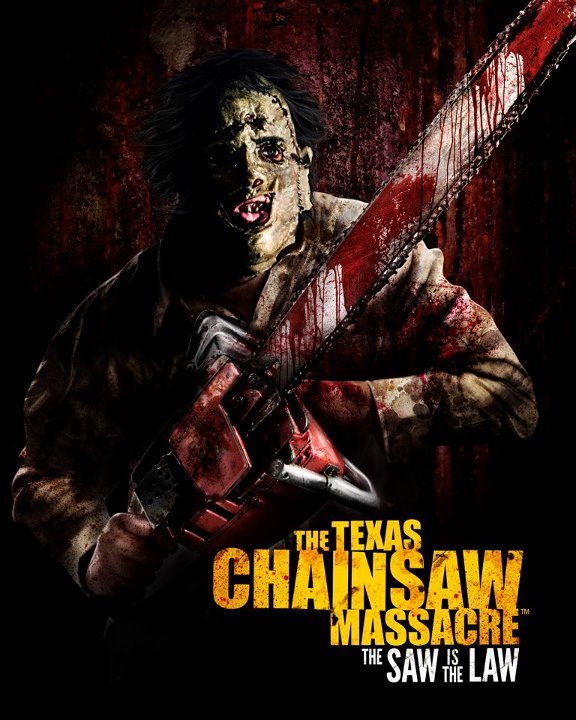 There’s been a few years of silence on the Universal Studios Hollywood back lot  but now the buzz is back. Many of you will remember in ’07 and ’08 HHN featured a Texas Chainsaw Massacre maze based upon the 2003 remake. While the maze was exactly the same both years we found it be one of the more intense mazes during those years which also featured a Friday The 13th and A Nightmare on Elm Street mazes.

From the HHN Twitter, Mr. Murdy has provided further insights into what we can expect from this version which is based upon the original 1974 Tobe Hopper directed horror classic. If you know the original, then you know The Sawyer family: Leatherface, Old Man, The Hitchhiker, Grandpa…and in this maze you’ll meet them all! There’s also the teenagers, Sally, Kirk, Jerry, Pam and poor, whiny Franklin who Murdy said he’s always  wanted to “chainsaw him since seeing the original movie” so this time “he will pay!” Of course Leatherface in the original wears different masks..”The Killing Mask” “Pretty Woman” “Grandmother” and Murdys says that they’re making them all! To add to the authenticity of the experience the sound design, dioalog clips and the score from he original would be featured.

We had anticipated that there would be a Texas Chainsaw Massacre maze but based upon the upcoming January 2013 3D movie release. We like the fact that they’re featuring the original movie and given the great job they did with the original Halloween maze back in 2009; we expect that this could become another HHN haunt that will be giving us nightmares in the years to come.

Now given that we have an original Tobe Hooper maze and Murdy says that Hooper is an HHN fan, we can only hope that 2013 will bring us a HHN maze based on his other horror classic movie The Funhouse.

You can get your tickets HERE!