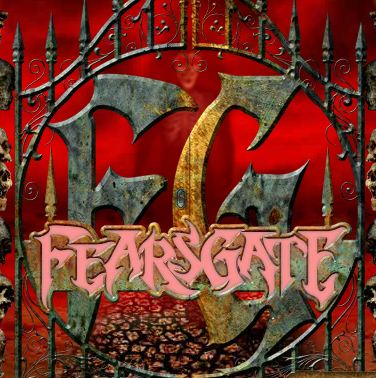 Although there seems to be a glut of haunted attractions in Los Angeles this year, Ventura County really has only two: Reign of Terror, in Thousand Oaks, and Fear’s Gate, in Oxnard. Since we attended Reign of Terror the previous weekend, we felt it only right to check out the other haunt as well. So we found ourselves taking a quick drive up the 101 to experience Fear’s Gate.

Fear’s Gate is in its second year in Oxnard. It was previously located in Sherman Oaks (in 2010) and known as the “Forbidden Haunt.” However, all similarities to that previous carnival-themed haunt have disappeared, and Fear’s Gate is entirely distinct from it. The haunt consists of two mazes: The Abyss and Zombie Apocalypse. Each maze is $13, and combo tickets are available for $25. There is also a “Coffin Ride,” which is an extra $5. We skipped the coffin experience and went through the mazes only. 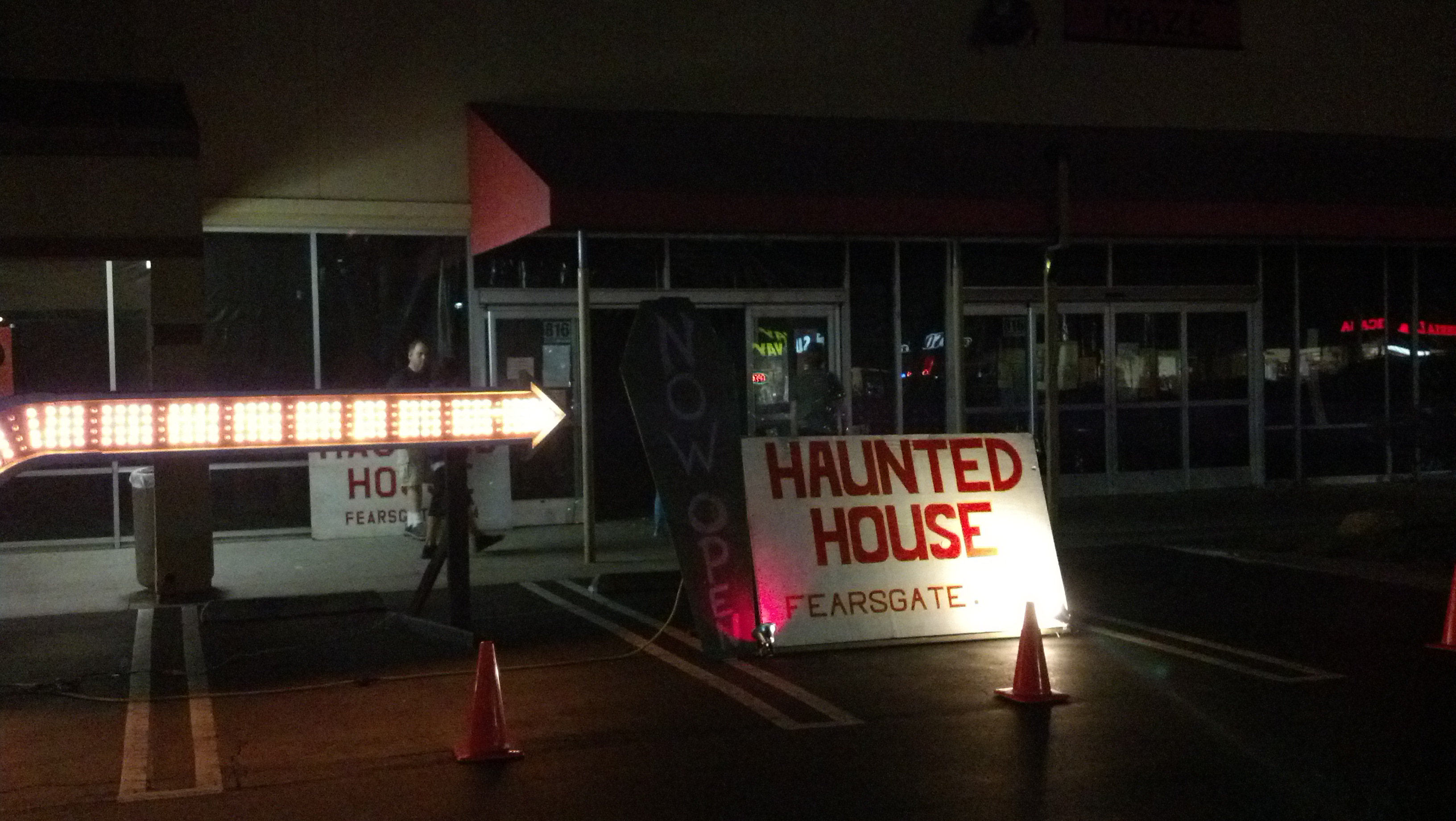 The haunt is located in an old Ace Hardware building in a medium-sized shopping center. The front consists basically of blacked-out windows of the old store front with a couple of strobe lights flashing. Perhaps this lackluster entrance has not interested local customers, because we attended on a Saturday night in the middle of October and found absolutely no line. However, we suppose that what’s inside is more important, and overall, we found Fear’s Gate to be an entertaining, fun haunt with some decent scares and a lot of potential.

This maze is completely in the dark. To enter, guests step one-by-one into a small, black chamber with a rotating door (but you can wait for other members of your group once on the other side). This was a good way to begin the disorienting experience, as the chamber was small and somewhat claustrophobic. We were told to hold onto the chain on the wall once we were inside the maze and to follow it, which we did…until the chain suddenly dropped to the floor about 30 feet later. At first we worried that it was accidentally broken, but it turned out to be that way on purpose. We then proceeded to grope our way through the maze (and inadvertently groped a few actors, sorry!). The actors did a good job of scaring us in the beginning, but because it was absolutely dark, we found that not seeing anything at all meant that there were no opportunities to build the kind of suspense you get from seeing a glimpse of something up ahead. So for the most part, the scares consisted of a monster screaming at us as we turned the corners of the maze. Don’t get us wrong: this was actually pretty scary; the problem was that there was really only one kind of scare here.

The other absolutely crazy thing about the Abyss is that it’s an actual maze. You have to find the actual path out. Finding the correct path in a completely dark maze is nearly impossible. We kept gravitating toward the dimly lit (Fire Department required) “Exit” signs, but those led to fire exits only, not the actual maze exit. There are plenty of other dead ends as well, and even though it seems like the monsters are helping you find your way (by saying gruffly, “Turn around!” or “Wrong way!”), they sometimes lead you to a dead end, where there’s another monster waiting to scare.

This maze was very original and completely different from many other attractions we’ve been through this year. However, it does go on a bit too long, and perhaps adding small points of lights could help create distractions to enhance the scares. Also, we don’t know how this maze would work on a busy night, because it really seems that only one group can be inside at any time. Luckily for us, there was no wait when we went.

This is a more traditional “maze” with a regular path, which takes you through various scenes of…well, a Zombie Apocalypse. Some of the sets were pretty impressive, and the path winds around on itself so that you can see the scenes coming up, which helps to build suspense. It’s also a very smart use of space because the actors were able to scare us from different sides of the same sets. You travel through different parts of a town (or Plaza, as they call it) laid to waste by some sort of disaster, and now the inhabitants are all zombies, clamoring to get at you. The makeup and costuming of the actors was simple but well done, and the zombies came at us in full force. There were a good number of actors in this maze, and they often used the “bait and switch” or “tag team” scare to distract us in one direction while another actor got us from another direction. We were also surprised to see child actors in this haunt. Now, usually we are very much against this practice (employing children made our list of “Six Ways to Ruin a Haunt“); however, the kids in Zombie Apocalypse were crazy good at acting! They fit right in some of the sets (for example, the classroom scene), and one little girl creeped us out immensely as she jumped around on the desks, growling and swiping at us without mercy.

The maze was pretty long, and the monsters did get a lot of screams from us. Although this haunt appears to have a small budget, they have done a lot with the sets to make them detailed, and the actors were working very hard. The story and theme were very consistent, which we always appreciate. There was also one effect that we particularly loved, which involved an optical illusion after exiting the claustrophobia tunnel (inflatable walls) that made us stop dead in our tracks .

Fear’s Gate is a great addition to the Ventura County haunt lineup. We found the mazes to be entertaining, scary, original, and just plain fun. Although they have some work to do to get their mazes up to par with some of the bigger attractions in the Southern California area, we think they have a solid foundation to build on for future years. In addition, the staff seemed very interested in our opinions, and several crew members stopped us to ask how we liked the mazes and what we thought of them (and no, they did not know we were there to review them). This kind of concern for guest satisfaction is a huge part of what will make them successful in years to come. We can’t wait to visit them again next year to see how they’ve improved on their young but promising haunt.