Home to some of the world’s premier haunted attractions such as Knott’s Scary Farm, Universal’s Halloween Horror Nights, and Sinister Pointe, just to name a few; the City of Fallen Angels is finally getting its (our) own haunt convention! 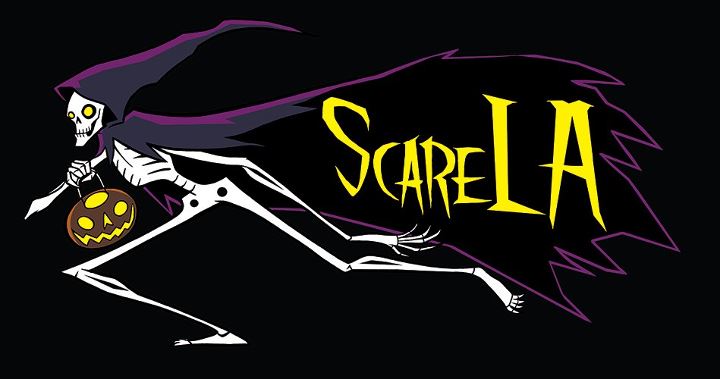 ScareLA, the first-ever Southern California Halloween convention, will open in downtown Los Angeles on August 10 and 11, 2013. The event celebrates California’s Halloween, haunt, and horror community and fans with two full days of presentations, industry panels, hands-on workshops, and an exhibitor show floor. The ScareLA program will feature sneak-previews and behind the scenes insights into the most anticipated 2013 Halloween events in the region. Confirmed participants include:

“ScareLA will shine the spotlight on everything that makes Los Angeles the ultimate Halloween destination in America,” shares David Markland, who is co-producing the event with Lora Ivanova. Ivanova adds, “Our city is brimming with talent and scary history just waiting to be discovered. Are you curious about hidden urban haunts? Want to get a head start on your Halloween costume? Interested in creating your own attraction or going pro? We have you covered.”

At ScareLA attendees of all ages and skill level will have an opportunity to learn from the nation’s best pro haunters and artists with a full lineup of workshops, demonstrations and classes. From make-up art, costuming, home haunt logistics and tips to pumpkin carving, fans and pros of all ages will get the chance to roll up their sleeves and play. Interactive exhibits, exclusive meet-and-greet opportunities and a show floor full of original Halloween merchandise round out the event’s ever growing schedule of activities.

For more information, exhibitor inquiries and to be among the first to learn when tickets go on sale, visit www.scarela.com. Share, inspire, play – ScareLA.

Founded in 2013, ScareLA is Southern California’s first Halloween Convention. The event features the diverse and rich local theme park and haunt entertainment industry and solidifies Los Angeles as the ultimate destination for the Halloween season. The event is produced in partnership by CreepyLA, GENIEEffect and Theme Park Adventure, with national-level support from of the best makers, Halloween artists, haunt pros, haunted attraction owners and operators. For more information, visit www.scarela.com.