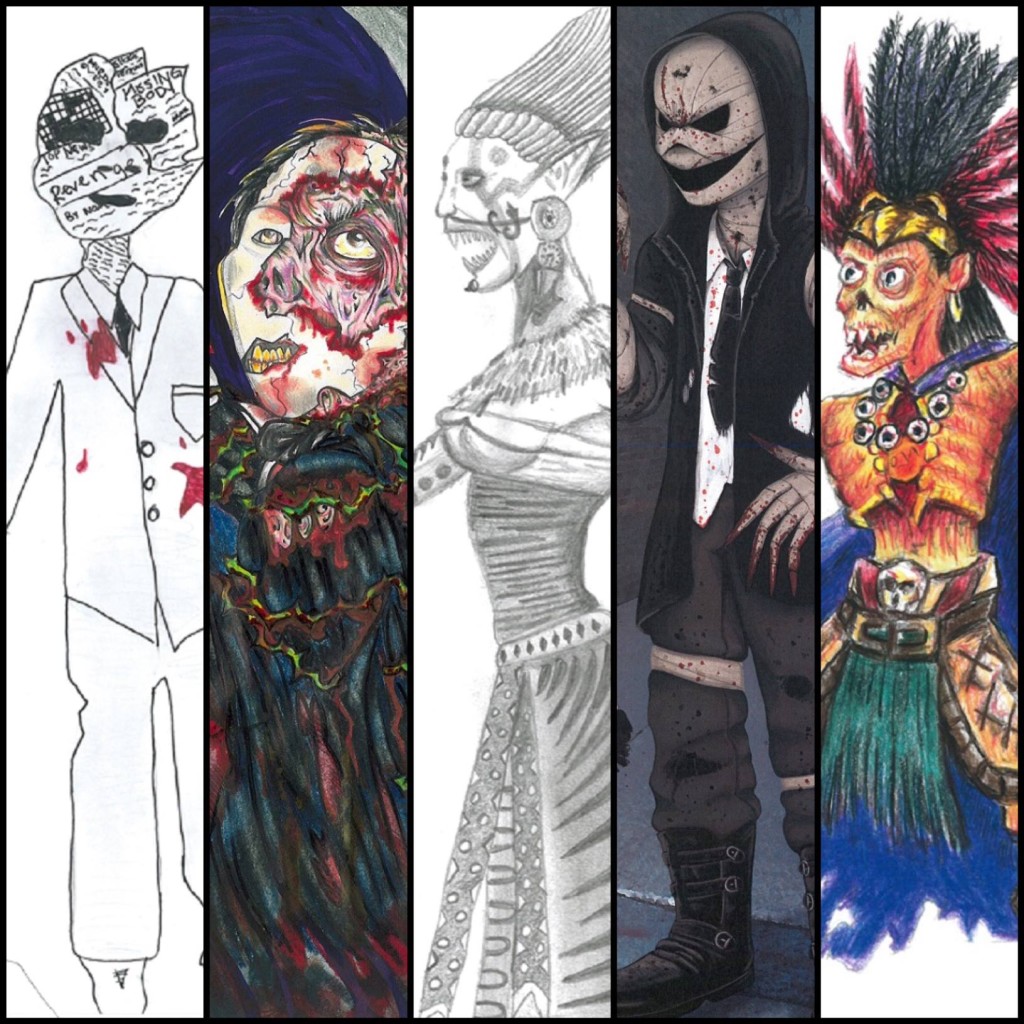 The submission window is closed for Universal Hollywood’s Halloween Horror Nights 2013 Design A Character Contest and now the real fun begins… VOTING.  All the entries have been vetted by the HHN Creative Directors leaving us with 5 finalists. We think it’s interesting that 2 of the 5 finalist are renditions of the Invisible Man.

The HHN team has made it clear that this wasn’t a contest to see who draws the best. It was about the idea and how well they communicated it. These 5 finalist were picked are thought of being something they can actually use for this year’s HHN.

**Here’s a look back at the contest details and rules.

Universal Hollywood’s Halloween Horror Nights has just released the long-awaited details for their 2013 Design A Character Contest. We’d prefer a new haunt announcement, but we’ll take what we can get. From the looks of the contest rules, it seems we could expect some kind of  variation on the Universal Monsters theme again this year, most likely in the House of Horrors. Perhaps this year instead of Dubstep they will be going Gangnam style?

This is a very cool and unique concept for haunt fans, and we can’t wait to see what designs are submitted by all of the Haunt Stalkers, Creeps, and Freaks. Here’s a full rundown of the contest details and rules:

Here’s a chance to put your twist on a Universal Classic Monsters character and have it brought to life at Halloween Horror Nights! Winner and a guest will be invited to experience the design’s unveiling at the opening night red carpet event in Hollywood.

TWO WAYS TO DESIGN YOUR CHARACTER:

Provide an illustration of your character design.

Submit a one-page written description of your character idea.

HOW TO SUBMIT:
To submit your design for consideration in the contest, you must mail one (1) copy of either your illustration or written description to the address shown on the Official Contest Rules. Your design must be accompanied by a signed copy of the contest rules and include your name, daytime telephone number, address, city, state, zip code, age and email address. Submittals must be received by 5:01pm PT on Monday, July 1, 2013 to be
considered for the contest. Your design submittal will not be returned to you after the contest, so send a copy – not the original.

Universal will announce the finalists on their Facebook page July, 2nd at Facebook.com/HalloweenHorrorNights for fan voting!

** Scare Zone is not affiliated with Universal Studios Hollywood nor the contest submission and  judging process. For more specific contest information please visit their webpage.