Busch Gardens Tampa (BGT) new Howl-O-Scream (HOS) website is open for business and reveals that this year’s event will be titled “The 13” returning with “tormenting surprises around every corner and unexpected terrors” all across Busch Gardens’ 335 acres. The site taunts us by saying “Once every century, on precisely the 13th year, evil comes out to play.” Oddly the number 14 will also be prevalent as this year is the event’s 14th and it will run for 14 nights beginning on September, 27th.

New Haunted Houses will include the voodoo themed Death Water Bayou and the cannibal butcher shop themed The Basement. The Alone upcharge house has been retired for the all new The Experiment, which picks up the intercative horrors of the former. Returning haunts include some of our ‘12 favorites Circus of Superstition 3D and Zombie Mortuary along with the Edgar Allen Poe themed Nevermore.  Blood Asylum and the Ultimate Gamble houses also return. Ultimate Gamble will now feature werewolves instead of Vampires stalking the abandoned Las Vegas casino.

So, “who are the 13” you ask? Here’s a up close and horrifying look at all these devious characters and Haunted Houses.

#1 The Possessed –  A petite figure paces through a dimly lit room speaking softly to herself, luring you in. Concerned, you inch your way closer to offer help. As you approach her, the pacing stops, but her nonsense words get louder. With her back to you, you call out to her. Suddenly the voice stops and a sinister laugh begins. With every quick breath, her body begins to bend backwards and she screams at you in an unknown tongue. POSSESSED! As this supernatural power takes control of her body, she twists and turns until she grasps onto you. The only way to regain her freedom is to expel this force out of her and into another life form. And you seem like a good fit. Evil chose her. And she chooses you.

#2 The Torturer – A flickering light bulb and the sound of water draining is your only company in this room. You can’t move. Your hands and legs are bound. How did you find yourself here? More importantly, how do you escape? Duct tape covers your mouth to prevent you from screaming for help. Would anyone even hear? Is anyone here? Footsteps. Then, the door opens. As the light flickers on an off you see a large figure, covered in a long black protective coat. His mask, complete with spikes. Terrified you try everything to scream, to break free. He has you now. You are in his land of pain-inducing devices and this is his art. The Torturer is a frightening connoisseur of cruelty.

#3 The Hunter – The unnerving sound of leaves crunching behind you. Something just doesn’t feel right. Forcing yourself to believe it is your imagination, you continue on. Your heart beats faster as you try to navigate your way through the maze of dead trees. More sounds creep up behind as you begin to run through this twisted nightmare, tripping over fallen branches. The soundtrack of your heart and heavy breathing is paused when the piercing sound of an arrow speeds past you. Then, another one grazes your leg. As you lay there, startled, you see a figure get closer with a bow and arrow pointed at YOU. To him, you are the game. And he’s winning. 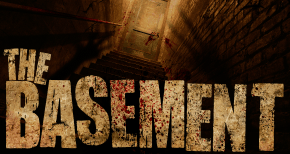 Momma’s always been proud of her son, the Butcher. He’s always been there to protect her and help with the family business. But all that chopping has kept him from finding a love of his own. Now he’s looking for someone and he’d love to hack his way into your heart. Are you ready to meat your fate? He dwells down in The Basement 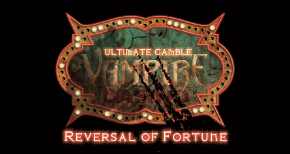 It was an evening as ordinary as any. Nightfall is settling in as you make your way home from a simple stroll around the neighborhood lake to disconnect from the day. A soft voice humming catches your attention. You glance left and right and see nothing and keep walking. Then in in the distance a figure dressed in white with long, pale hair floats by. You’ve never been one to believe much folklore so you shake it off and pick up the pace blaming your imagination. But again, the voice sings to you. Only louder. Closer. In front of you. The soft voice has changed to a piercing wail and you fall breathless. A visit from The Banshee has sealed your fate. You’ll hear her scream. Right before yours. 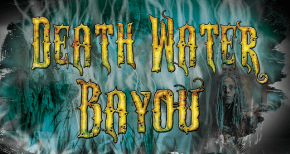 Desiree Yanes came home one night and found her husband with another woman. Enraged, she ran off and disappeared inside the dark swamplands of Louisiana. There, she crafted voodoo dolls and swore then to torment them…with unspeakably sadistic tortures. The Voodoo Queen continues to hide in the swamps of the bayou and perform her twisted Voodoo rituals for others seeking revenge. Brave souls can test their fate at the new house, Death Water Bayou, where the #6 Voodoo Queen mystically transforms lost wanderers into her minions of evil with black magic. Here, her night servants roam with a zombie-like hunger and seek to grow her collection. The darkest evils lurk in shadows. Get out before you fall victim to her spell. 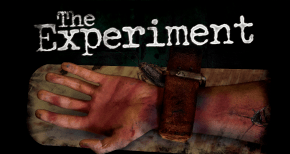 It was supposed to be a simple procedure. She can fix you with every slow, slice of her scalpel. Don’t let her good looks fool you. Behind that mask is woman out for blood. Unfortunately, you aren’t the one she wanted and she doesn’t have time for you. It’s already too late when you realize the anesthesia hasn’t kicked in. Accident? We don’t think so. She’s ready to operate, even if you aren’t. We expect she will be tormetuing us in the new solo experience maze called  The Experiment. 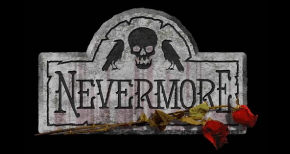 You are awakened from your deep sleep to realize that the nightmare you thought you would leave is no nightmare at all. It is all very real.The evil spirit grows and roars from the ground in front of you, preventing your escape as he taunts your every motion. His dark, growling voice tempts you. He has an insatiable drive to join the dark side with him. As he gets closer you continue to pretend this is a dream but we all know you’ve done wrong one too many times. This is your last chance. Can you conquer The Demon ? He’d like to take you back to his place. In hell. 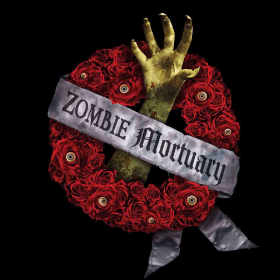 The epidemic is among us and is quickly spreading. The undead are slowly infesting every major city and small town. Could this be the Zombie Apocalypse? You’ve managed to defend and defeat hordes of zombies as you venture to your next safety spot. In an attempt to hide from a group of undead, you sneak into a cracked door of a building, watching every inch around you. You’ve found yourself in a mortuary, Zombie Mortuary to be exact, where #9 The Zombie and his friends are eager to feed on your fresh flesh. Can you survive? One bite is all it takes.

#10  The Cannibal – When Herbert Jeffries visited Fiji, he explored the lush highlands, met some hospitable tribesmen and unknowingly sat for a meal with a unique menu. He walked away with an insatiable hunger…Upon returning to the states, he walked away from his architecture practice and became a night watchman at a small New Hampshire morgue – allowing him wholesale access for dining. But his tastes have become more refined and he requires ever fresher flesh – sashimi grade, tartar quality. You. 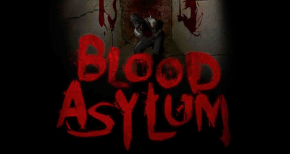 After months of testing and diagnosis, solitary confinement in a mental institution was the only option for him. But the institution had different plans for this special patient. He would now become their test subject. What harm could it do? He was already crazy and all they wanted to do was find out why. Upon observation you feel his eyes staring at you. Into you. Bursting wide and never blinking. He murmurs and then screams out and smashes into the walls. You can’t stop staring at him. Your eyes get wider. Never blinking. You murmur to yourself and let out a piercing scream. Has he already gotten into your head? Is it  or is it YOU? Never in his right mind. The Psychopath is always after yours.

#12 The Hangman – You’ve heard the rumors of this sinister street. People have disappeared and those who made it out are said to have told tales of torture and torment, dangling from hooks, piercing into their skin. And because of a few wrong turns, you have now found yourself here. Dark. Silent. Alone. You begin to quickly walk back the way you believe you stumbled upon this lane. Two figures appear. You look around for a way out. You run in fear, losing your sense of direction as you dodge objects preventing your exit. In this game, there is only one chance. The Hangman is right behind you. Will you escape before he takes you to his playground? He has one job and does it especially well. 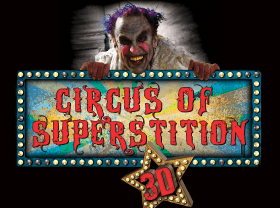 Taunted by others as being a freak and shunned by others, he relied on his toys to keep him company. With no human contact, he became paranoid and very superstitious. As time passed, he began to resent his only companions and thrived on his individuality. Soon, he would take his aggression out on his toys he once dearly loved. And then, on you. But how much harm could he do? Aren’t all clowns here to bring you laughter and joy? Not #13 The Clown. This time, you won’t be laughing. In fact, he finds it funny how incredibly terrified you are.

Dedicated Haunt Stalkers can get their tickets early and save on a single terrifying night at Howl-O-Scream 2013. For a limited time, any single-day admission to Howl-O-Scream 2013 is $47. Or, if you’re scared to go alone, you and three friends can save on a pack of four tickets to Howl-O-Scream on Thursdays for only $30 per person. Advanced tickets are on sale now with the opening night on Sept. 27th and running every Thursday, Friday and Saturday through October 26th.

We stalked Howl-O-Scream last year and you can check out our review of their house along with a detailed trip through “Alone”.