We experienced House of Torment back in 2009 and found the scale and intensity of this haunt productions to be simply mind blowing. With an incredible number of scareactors and elaborate settings we had to remind ourselves that we’re brave so we could make it all the way through. In addition to the traditional scares, there were segments that required us to interact with the monsters and sets in order for us to be able to progress through the haunt. These elements added another level of suspense and fun to the experience. 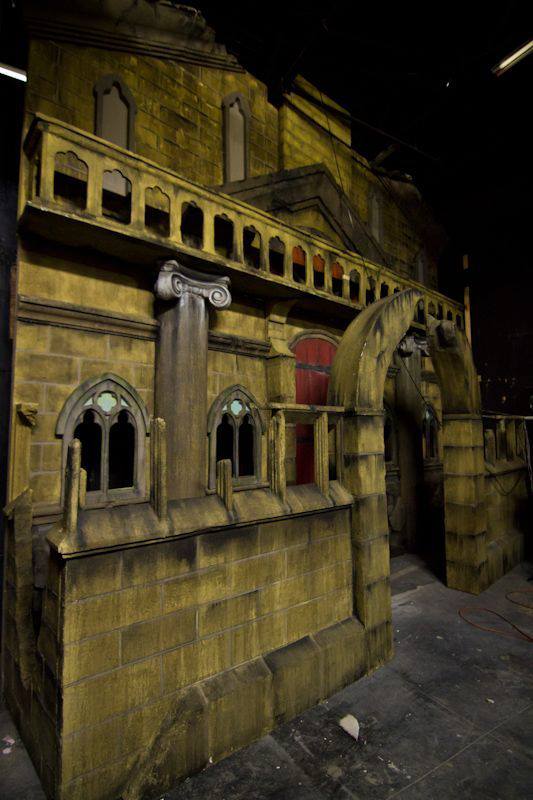 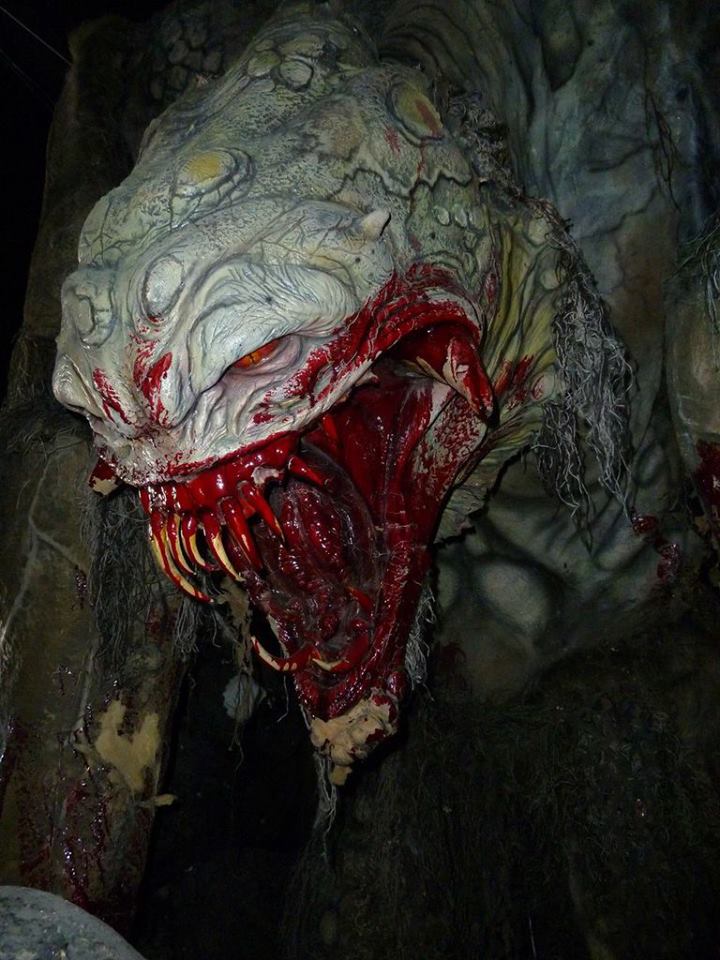 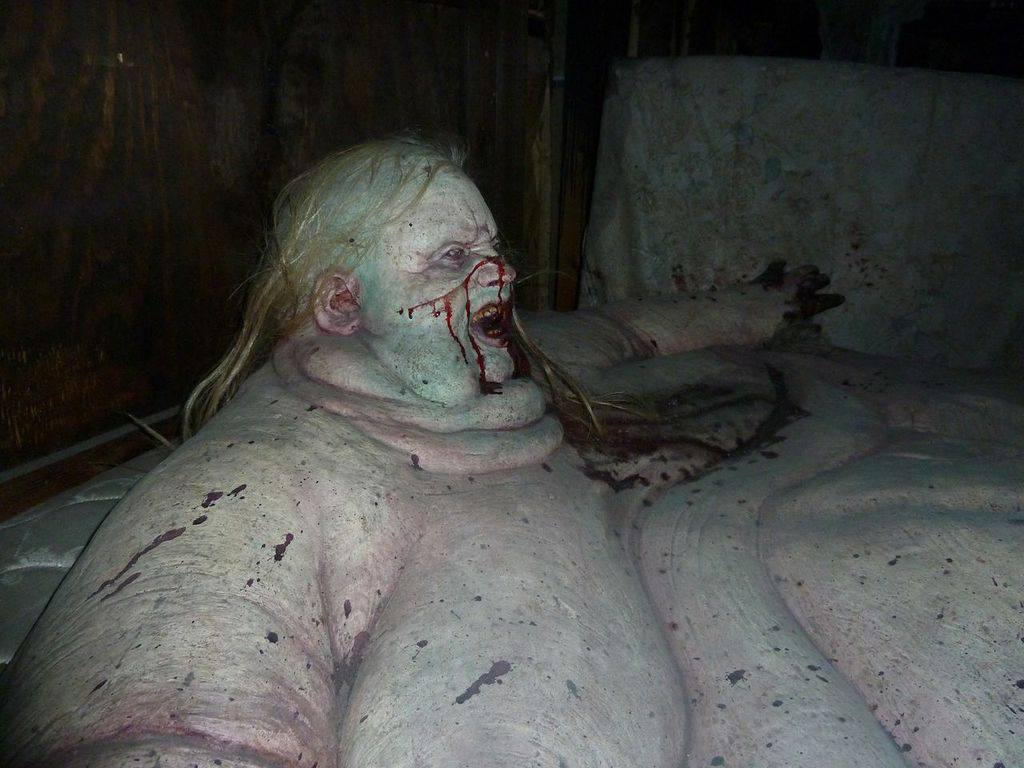 House of Torment began as a backyard haunt in Austin and has quickly become one of the most thrilling and well-orchestrated haunts in the country containing three separately-themed, frightful experiences at the same location. Named “one of America’s scariest attractions” by The Travel Channel, House of Torment is now in its 11th year.  It’s immense popularity stems from the genuine and fervent obsession of its creative team and production staff, who work year-round and seasonally with their 150 scarers on everything from costumes and make-up to ticket selling and mechanics.

This year’s haunted houses include Blackthorne District, Cursed: Ancients Emerge, and Slaughterhouse: The Harvest. Each haunt will include unique, frightful monsters, with everything from brain-eating zombies and chainsaw-wielding psychos to ancient nightmarish creatures. Here are more specifics for each house. 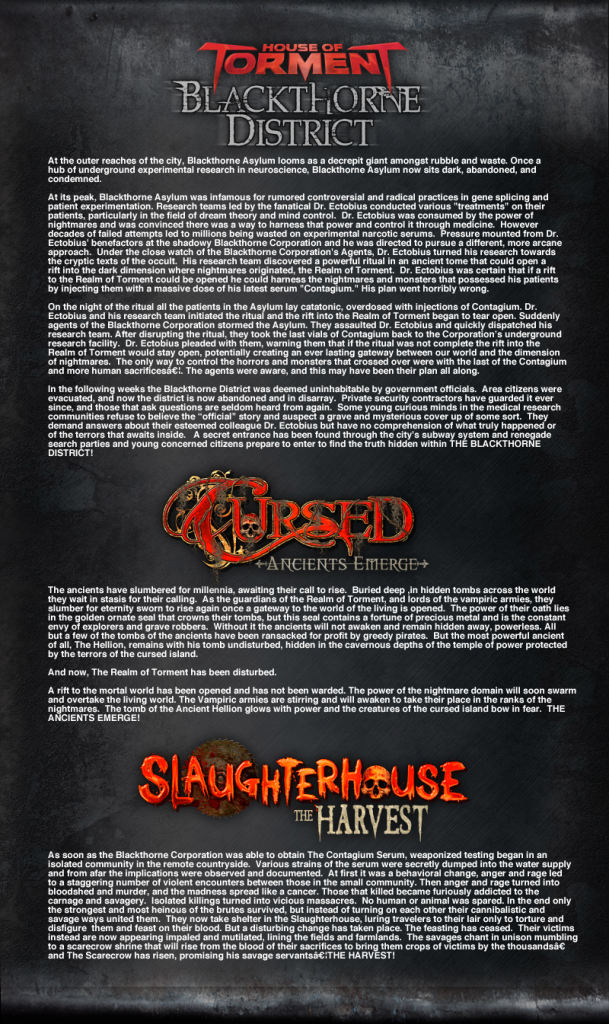 Visit their WEBSITE for more details on dates, times, and tickets.

Terror Tip: Stalk them earlier in the season or during one their mid-October weeknights to avoid large crowds. If you can only go on popular nights, they also offer a VIP Fast Pass ticket.

Now, here’s a SNEAK PEEK  at what’s in store for you at House of Torment –