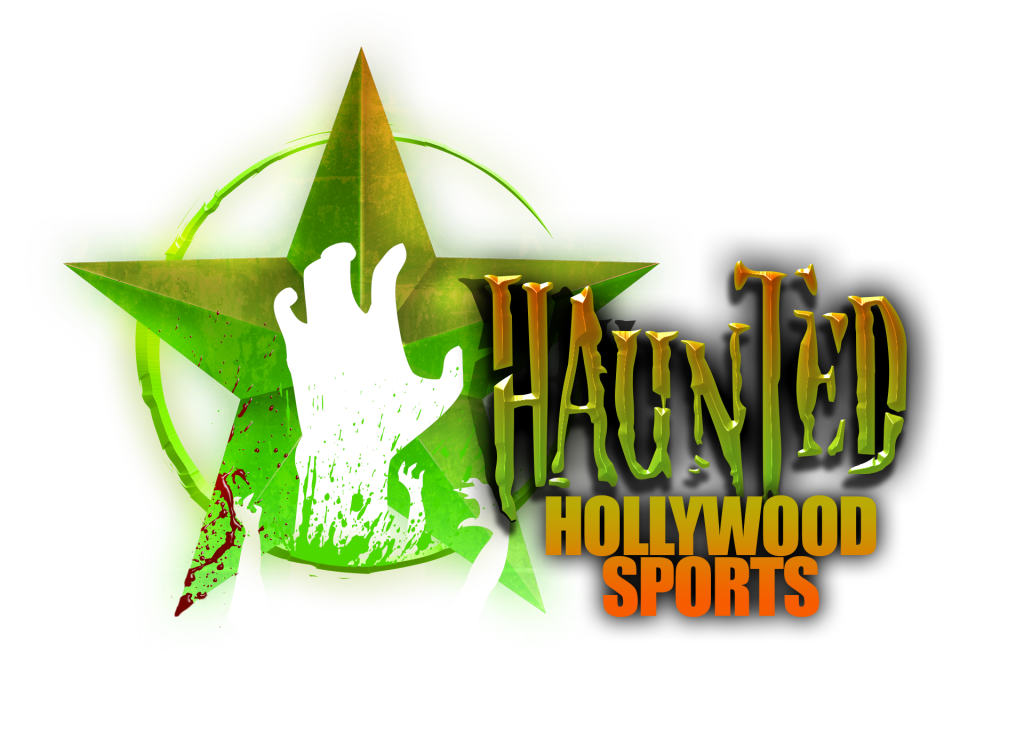 Last year, we honestly did not have a good experience at Haunted Hollywood Sports (HHS) new haunt. The event as a whole fell flat with unscary mazes, some long waits, and the sporadic opening and closing of mazes while we were waiting in the lines. The park’s operations issues (ticketing, parking, security, etc.) only made it much worse. We ended up leaving feeling mad and cheated.

With all that said, it was their first year and sometimes Haunts just don’t get it right the first time around. When Universal Hollywood reintroduced Halloween Horror Nights in 2006, it was less than impressive yet over the years it quickly emerged as one of the premier haunts in the country. Queen Mary’s haunt also nearly sank before they got on the right course with Dark Harbor.

This year the HHS team is striving to get it right and from the sounds of the early reviews from their media preview night, it seemed like they are well on their way. We appreciated hearing that they made efforts to improve their haunt and not weren’t just looking for a ways to make extra money during the Halloween season. We saw some positive buzz on Twitter that this year’s HHS “has rallied” and is now a “SoCal haunt experience worth the price of admission”. With all that said we do know that on preview nights the free admission, food, and drinks can entice reviewers feel less critical. 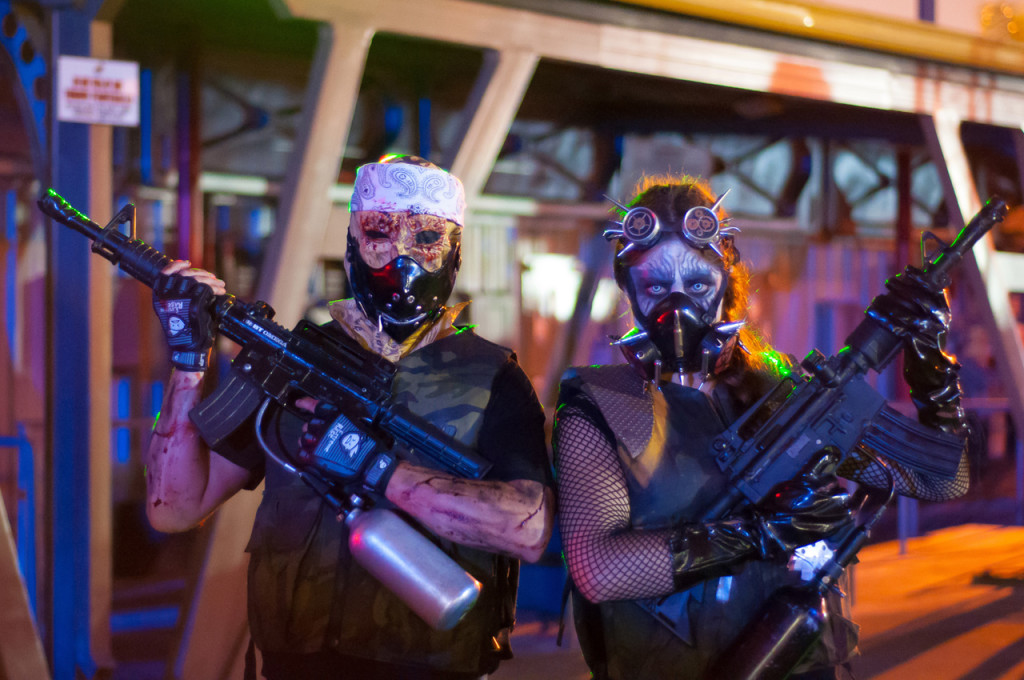 We had some extra time on our scare-itineary and the HHS crew had invited us to out to check them out, so we decided to pay them another visit on their opening night. Upon arriving we once again had some issues with security. We were invited as “media”; however, that didn’t seem to matter to their crackpot security officers who gave us a very hard time about coming in with our cameras (and a keychain with a flashlight). After a few frustrating minutes of trying to explain that “media” includes cameras some of the park’s management stepped up and let us in (to the surprise of the “guards”). Like last year we see the untrained, ignorant, and self important security being an issue. We find it odd that cell phones (with cameras and flashlight apps) are ok but other cameras and keychain lights not. We understand that with it being a sports park that offers games with toy guns they need to be cautious. We would just suggest that they set up their security before the ticket booths (like Universal does) to make sure that the guests know the options of what they can and can’t bring into the park and then decide if they really want to play by the strict rules and buy a ticket or not. Had we not been escorted in we would of left after all that hassle. Unfortunately, this kind of hassle does set the tone and mood for patrons on how their evening will be. We walked in irritated but it did get a little better.

Once inside the front gate we were bombarded by monsters and ghouls who were trying so hard to scare us. It’s obvious that the talent here is much younger than that of Knott’s, Queen Mary, etc. They seem to be mostly in the high school age range and while they were very energetic their scare tactics came across as less menacing and more silly. The first impressions were that the park looked similar to last year and there were no dramatic changes. Then we were directed to go through a black curtain into a new scare zone tunnel called The Fog. It was a dark and fog filled passageway that was suspenseful to walkthrough but alas no scares materialized as we went through. From there we were in the center of the park where more monsters jumped in front of and followed us. For an opening night the crowds were not there leaving us and the handful of other guests at the mercy of the monsters.  After a look around to get a lay of the land we then made our way to the mazes… 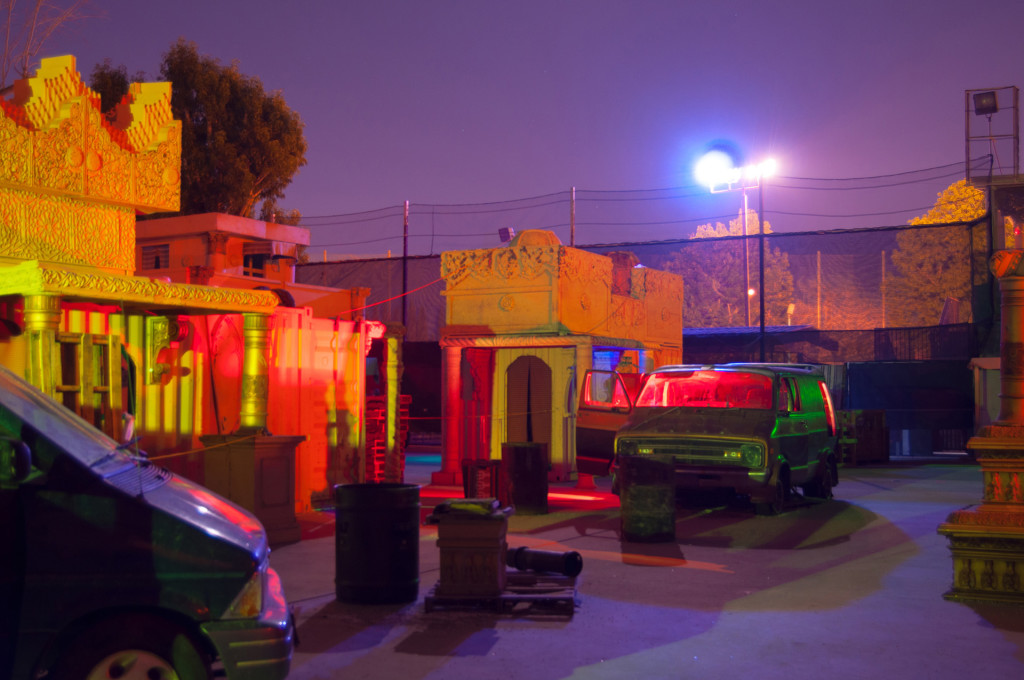 This maze had some interesting set designs and few good scares inside of it. It was a little unclear but we think the maze was a journey through a haunted Aztec temple. This maze isn’t designed for those who are claustrophobic as there are a few scenes where things get very tight. The passageway also follows a rather straight course so it was mainly conducive to the ‘monster around the corner’ kind of scares. Some of the talent were quite good at startling us. There were also some cool animatronic props and lighting effects used. Overall, this maze did demonstrate some invested improvements compared to their mazes last year and we actually went through it twice.

All American Armageddon: In the not­too­distant future, global civilization has collapsed as panic and decay has swept across the Earth. Welcome to the end of the life as you know it where survival is a part of everyday existence.

We never though we never thought we would say this; this maze actually had too many scareactors inside of it. This is an outdoor maze and they make pretty good of the layout. in hindsight it’s a little hard to distinguish this maze from Cannibal Caverns as they both seem to have the same kind of monsters and people trying to hunt you down theme. The monsters in this maze did like to team up, no make that gang up on us as we ventured through.

The wait to get in was irritatingly slow as they were only sending in small groups of 2-4 person in every 2-3 minutes. The guests waiting with us were obviously annoyed by the long waits with there being such a small crowd. With large gaps there was no question that once inside the monsters were going to be paying us a lot of unwanted attention. Unlike last year, the maze had a tighter course that packed a lot of set pieces and cannibalistic monsters into the space. This maze had a couple of standout scares such as the machete wielding maniac. His machetes are real and come perhaps a tad to close for comfort.

Our access didn’t include the Killhouses so we didn’t get to see those but we do the Evil Axis shooting range.  The Killhouse concept seems cool enough and the tweets indicate that these may be the highlights of the park.  We just can’t help but to feel a little sorry for the poor scareactors inside who have to get shot at all night.

Evil Axis Shooting Range: Killhouses too intense for you? Need a little target practice before you battle the undead? Look no further, EVIL AXIS is perfect for you. Select your weapon of choice, ammo ­up, and take aim in this one­ of ­a­ kind shooting range.

Unfortunately when we arrived this attraction was suffering from some operational and line control issues. Once inside we got to pick up Air-soft guns and  start shooting away at targets, We think protective clothing, at least eye wear, should be given out for the range as the BB pellets were  precariously ricocheting back at us.

Dead Man’s Trail Killhouse: Navigate the Deadman’s Trail through a thick, war­torn jungle of a plagued Pacific island. Facing an unknown threat on unfamiliar land, band together and survive the onslaught of undead natives, soldiers and other mysterious forces.

Zombie Killhouse: Haunted Hollywood Sports is home to the famous “Zombie Killhouse”. Returning ­ bigger and better, visitors will fight against hordes of vicious zombies in hopes to survive the latest in biological outbreaks.

Voodoo Killhouse: Making its return for 2013, the Voodoo Killhouse pits park goers against an onslaught of paranormal beings foretold by the local Shaman.

Carnival of the Damned: The show has just started and these clowns and circus freaks running this dark bit top are always looking for a few new recruits to join their demented ranks. These clowns may have smiles on their faces…but its only to hide their twisted true intentions once you are within reach!

Outpost Z: The last salvation for humanity starts here. An outpost struggles to keep civilized nature alive and the undead at bay. 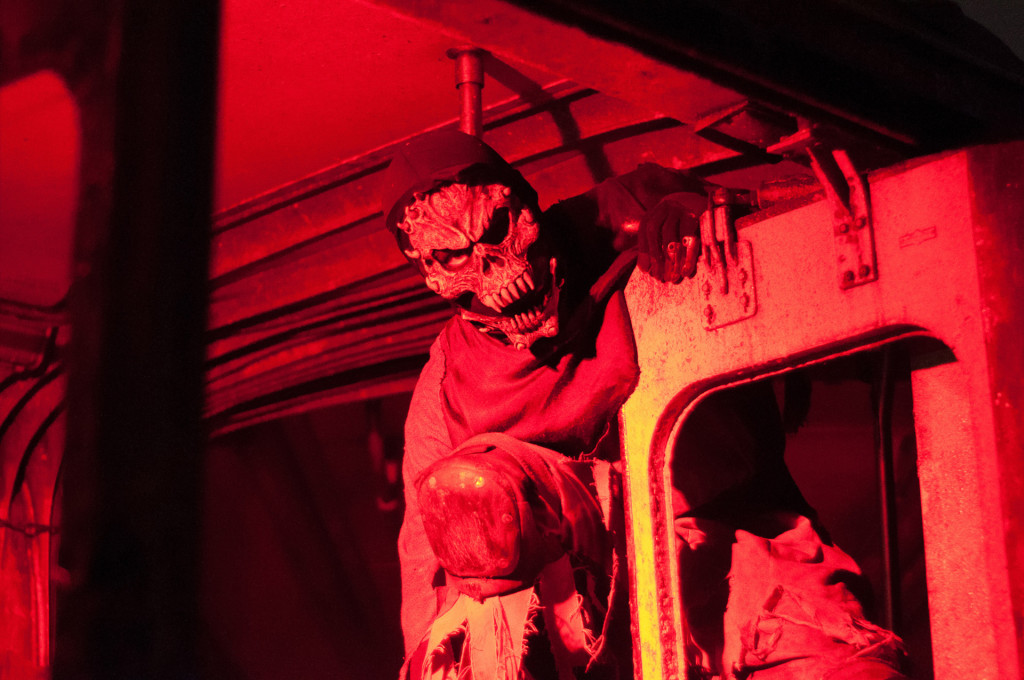 Club Crimson (Ages 18+): An 18 and over nightclub and lounge for weary travelers to relax, have fun, enjoy a drink, and dance to some of Southern California’s hottest DJ’s spinning the hottest tracks, rare­grooves, and your favorite mash­ups! With scheduled celebrity guest performances and appearances, Club Zing is the perfect place to get turned­up and have fun in this 2 story nightclub complete with arcade games, pool tables, smoking patio and your favorite drinks!

Suicide Rock: Are you ready to challenge your date or your friends at Haunted Hollywood Sports? Put your raw skills, strength, and courage to the test with our insane 40 foot high Rock Climbing Wall! With 7 different climbing stations to fit your skill level, take a deep breath before you scale our Suicide Rock.’

In summary, HHS did make a comeback this season which for us is in relation to coming back from a buried skull status. The cast is young and ready to scare which is a very  good thing they have going for them. They also provide the distinctive combo of haunted mazes and zombie “Killhouses”. Running from ghouls and shooting at zombies makes this a uniquely high action haunted attraction. We think that if they continue to improve on what they already have the haunt can eventually emerge as one of the popular SoCal Haunts. We just think it will take a another season or so for them to perfect it. The direction of success that they end up going will all rely on the willingness to further invest, tighten up the operations, and pay attention to customer feedback. We won’t say that this is the haunt to choose if you only plan to see one this season but we also could never imagine why you’d pick just one.