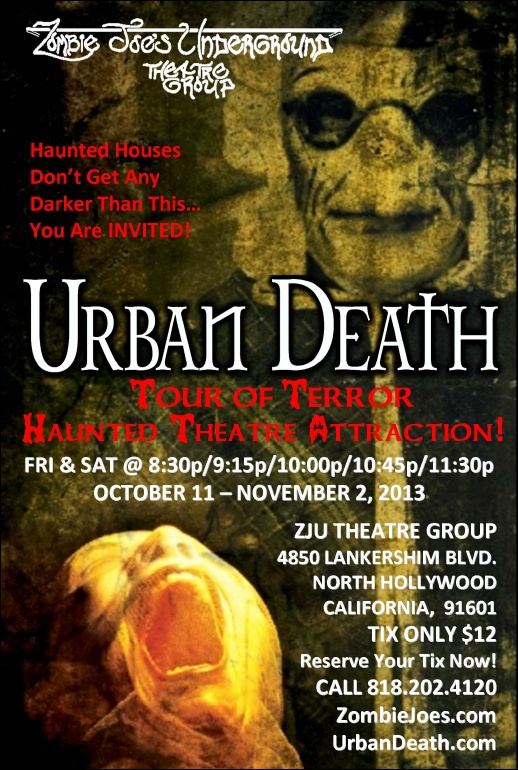 Urban Death joins the roster of other local theatrical-style haunts, such as Delusion and Theatre 68, which have proven to be unique experiences among the crowded haunt scene in Southern California. If you’ve never been to a theatre haunt before, we highly recommend checking one out. They can be very unique (and often much more immersive) than a typical walk-through attraction at a theme park.

Check out the Urban Death website for more information.