As our readers know, Zombie Joe’s had one of our favorite haunted attractions in the 2013 haunt season, and for us, the best part of the attraction was the theatrical performance inside the theatre. So we’re excited to hear about the new Nightmares show. If it’s anything like Urban Death, you can be sure to be creeped out and freaked out.

Nightmares runs Friday and Saturday nights at 11pm from January 17 through February 1, 2014. Tickets are just $15. 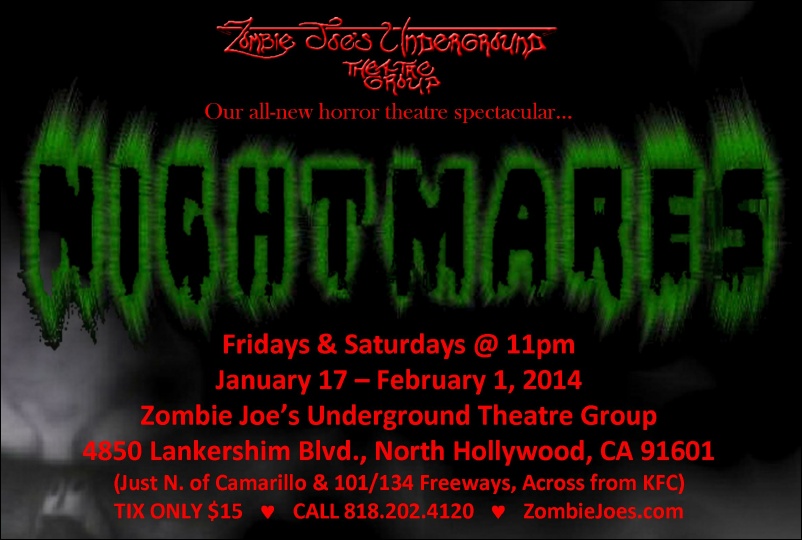