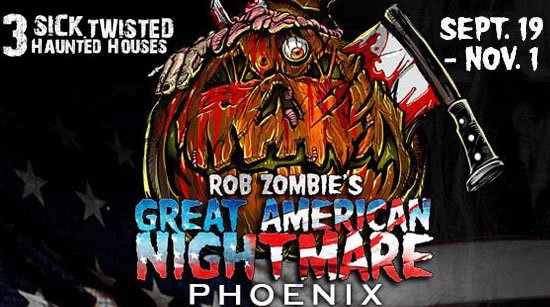 The three haunted house experiences for this year will include the following:

The Lords Of Salem In Total Black Out 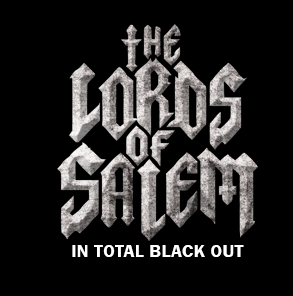 This harrowing attraction–based on Zombie’s 2012 The Lords Of Salem independent horror film–is designed to twist the mind. It will accentuate some senses while limiting others. Fear of the darkness, claustrophobia, and fear of the unknown will be preyed on as visitors attempt to traverse this sixty-degree maze.

This irreverent school of pure terror is a hallucinogenic trip through the mind of Captain Spaulding (House Of 1000 Corpses, The Devil’s Rejects). Startle after startle will thoroughly frighten the bravest patrons, who won’t know if they should be laughing, screaming or crying.

The murderous, backwoods Firefly family takes to the road to escape a vengeful police force that isn’t afraid of being as ruthless as its target. Guests will become part of the state troopers’ search and destroy mission against the Fireflyfamily, who are wanted for over 75 homicides and disappearances. 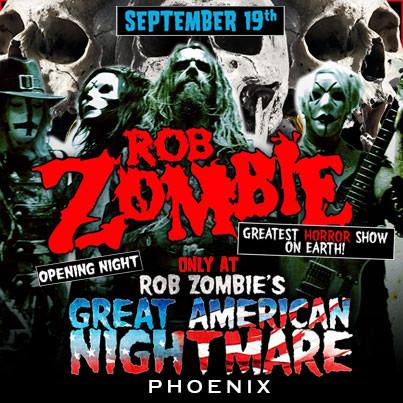 Tickets for Rob Zombie’s Great American Nightmare go on sale Friday The 13th of June at 10:00 AM PT at www.GreatAmericanNightmare.com, with prices starting at only $25 for September 20-November 1. Each ticket includes access to all haunted house attractions and the Bloody Boulevard activities.

Tickets for opening night (September 19) include the Rob Zombie concert and will be available starting at only $45. A limited number of VIP packages will also be available for purchase at www.GreatAmericanNightmare.com. All VIP packages include a commemorative t-shirt and quicker access to the haunted attractions than general admission. Some packages also include a designated viewing area for the concert and a VIP-only bar.