It’s Father’s day and there seems to be slightly fewer killer dads vs. moms within the world of horror. Perhaps it’s because most of the male killers can never even find a woman (or keep her alive) in order to become fathers. However, we still think the few top bloody daddies should be acknowledged because if they’re not then they loose their heads (or the heads of their loved ones on top of a Father’s Day cake).

The Shining (Jack Torrance) – With his character of the same name, Jack Nicholson brings his true crazy papa out in this classic horror flick based on Stephen King’s novel. While staying at secluded hotel for the winter, because they missed the Priceline deals on Caribbean cruises, an evil and spiritual presence takes over Jack and he goes on a killing spree throughout the hotel. This leaves his poor wife and physic son running for their lives uphill, in the snow, both ways.

Creepshow: Father’s Day (Nathan Grantham) – It’s starting to look like Stephen King has serious daddy issues as he also wrote this story specifically for the Creepshow horror movie anthology. After working hard in a lifetime career of bootlegging, fraud, extortion, and murder-for-hire to establish his family fortune, all this guy wants is some cake for Father’s Day but his emotionally abused kids decide he doesn’t deserve any and kills him instead. Seven years later after his drunk daughter spills some powerful whisky on his grave, his maggot-infested corpse decides to rise up to obtain his long-desired pastry.

On a related note, we’d love to see a haunt themed to Creepshow! 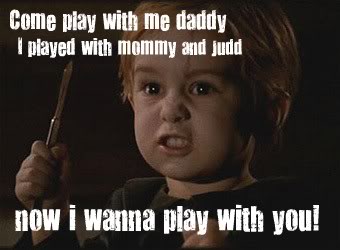 Pet Sematary (Louis Creed) – Confirmed… Stephen King has daddy issues. In this tale from the horror master, a well intentioned father wants to bring back his recently killed son by burying him inside a pet cemetery located on an ancient native american spiritual burial ground, in spite of being told not to do so. Soon his reanimated son and pet cat return to terrorize the the townsfolk with death and mayhem. The final straw for this dad with his demonic little toddler’s unruly behavior comes when junior kills his wife. In turn he kills his zombie offspring with a nice shot of morphine. Then this stubborn dad thinks that the second time will be the charm so he buries is freshly dead wife in the pet cemetery, such a mistake. “Stalk me once, same on you. Stalk me twice, shame on me.” 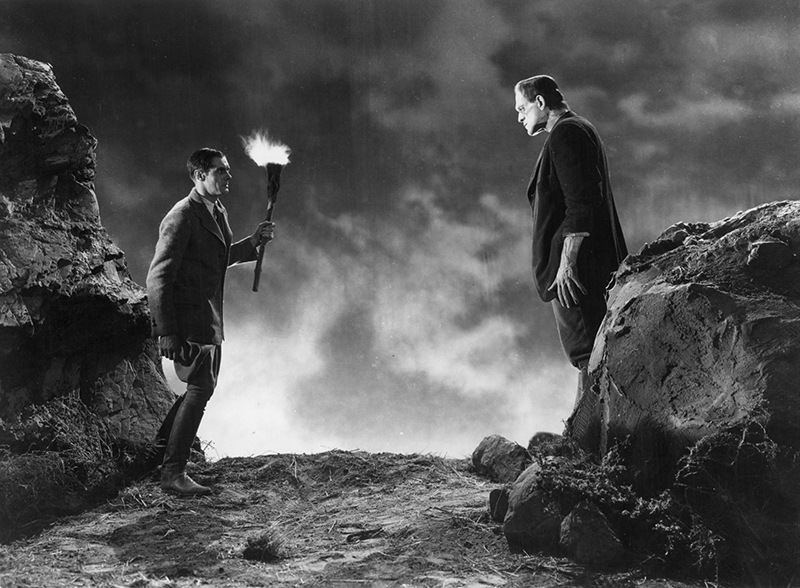 Frankenstein (Dr. Frankenstein) – Before Pet Sematary, this father was also trying to bring people back to life. This father created his “son” during his experiments to build a man in his own image, using the body of a dead man (he must have a bad self image). They end up not having the most loving father and monster relationship with the monster becoming overly aggressive resulting in his pops locking him up in a cell. After the monster escapes the real horror comes when he tries to deal with the living again (we can all relate). Might of been easier (and a more enjoyable exprience) had he just made his son the traditional way. 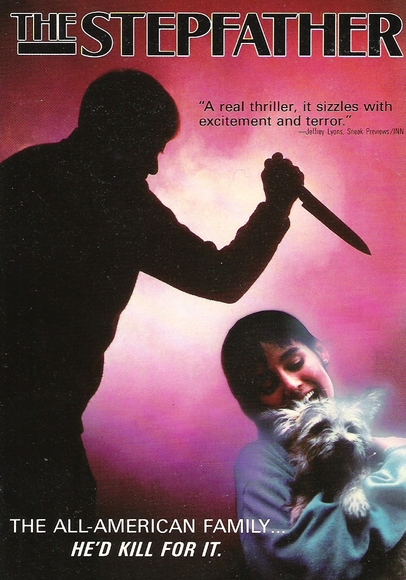 The Stepfather (Jerry Blake) – Get this guy a tie for Father’s Day and he’ll choke you to death with it.This family-values man wants to make sure there’s always room for daddy as he goes around marrying widows and divorcées with children in search of the perfect family. Whenever his new family members decide they don’t want to get along with his dreams of domestic bliss he kills them. Then he alters his appearance, assumes a new identity, and skips to another town to begin the deadly ritual all over again (through 2 more movies and a remake).  The Stepfather remake was also given a less than effective “scare-scene” at  the 2009 Knott’s Scary Farm Halloween Haunt.