“Haunted Play presents Delusion” revolutionized the traditional haunt experience in 2011 when it debuted its theatrical, interactive, immersive experience in Los Angeles. Set in a historical home in the West Adams district, the play was part theater, part haunt, and totally impressive. In the 2 years after their debut, Haunted Play expanded and improved its unique take on the haunted attraction, changing up the story line each year, and moving the location to an old church in Silver Lake in 2013.

Last week, Haunted Play revealed a few details about its 2014 event, to be called “Delusion: Lies Within.” 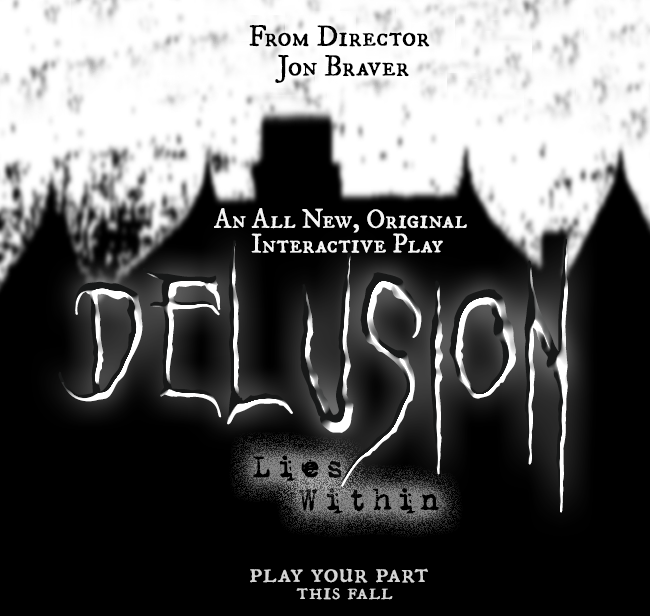 An all new, original, interactive play from director Jon Braver will have the audience play their part in the grim tale of Elena Fitzgerald; a revered, and reclusive author whose dark characters and fantastical worlds have somehow manifested themselves within her dreadful home. The audience will once again fall further from reality as they partake in a horrific, epic journey unlike any other into “DELUSION: LIES WITHIN.”

There’s no word on the exact location of this year’s play, but producers have indicated it will located in a “legendary mansion” new Downtown L.A. One essential element to Haunted Play has always been its pick of location, which often serves as an integral part of the story itself. So we’re confident that the new location will be beautiful and appropriately themed to this year’s story. We hope they can avoid a situation similar to last year’s Pilgrim Church location, when they were forced to shut down early after crotchety neighbors complained to the city about the noise and parking problems caused by the event. 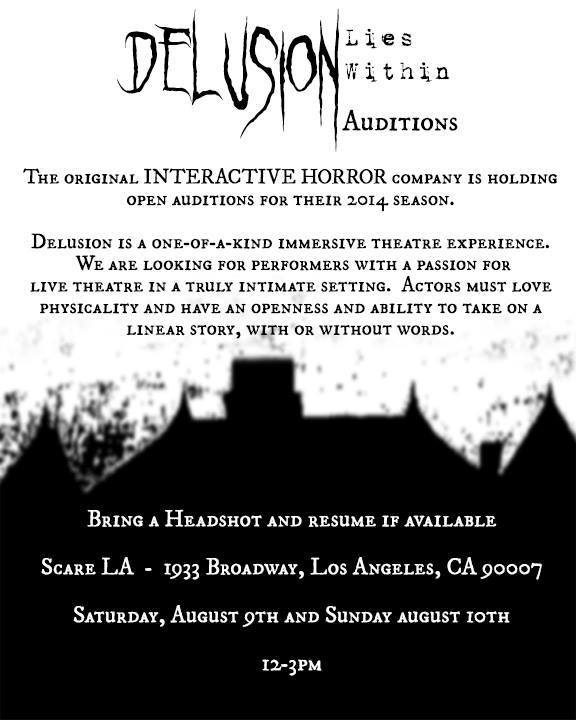