This year’s HHN guest rocker is SLASH the former lead guitarist of Guns N’ Roses. Unlike the previous HHN  “rock” mazes (Rob Zombie, Alice Cooper, Black Sabbath) where the likeness of the rocker/band were featured throughout the mazes, this time around SLASH’s contribution will be an original score composed for the maze. Infused with the rocker’s hell-raising electric guitar riffs, the ominous new “Clowns 3D Music by SLASH” maze promises to be no laughing matter as it unmasks the psychological disorder known as Coulrophobia, a disturbing condition affecting those with an extreme and irrational fear of clowns.

The psychedelic 3D maze will horrify guests, taunting and tempting them with terror and treats as they parade through “Sweet Licks Frozen Clown Pops Family Amusement Center,” a dilapidated roadside attraction and one-time thriving ice cream factory run by deranged siblings and their mad clown father, Sweet Licks. As this demented trio schemes to restore the family business by luring visitors with free ice cream, guests will soon find themselves on the menu as the key ingredient of a sick new high-protein ice cream concoction.

“I’m a HUGE fan of ‘Halloween Horror Nights’ and was inspired to partner with Universal Studios Hollywood because they are the founders of creating extreme horror,” said SLASH. “I’ve been composing music for as long as I can remember and jumped at the chance to be an integral part of this year’s event and create the original score for this creepy clown maze. I can’t wait to see the fans’ reactions and will be first in line to experience the maze myself.”

“It’s an honor to collaborate with one of the most iconic rock legends around,” said John Murdy, Creative Director at Universal Studios Hollywood and Executive Producer of “Halloween Horror Nights.” “From the moment I heard SLASH’s original composition for the maze, I immediately knew he got it, as the vibe and feel of his score are so right on. He captured the exact tone we were looking to convey to our guests, and it’s great having SLASH be a part of this incredible event.” 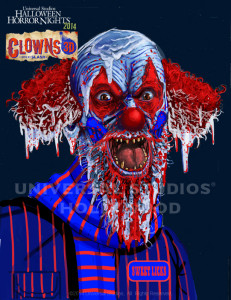 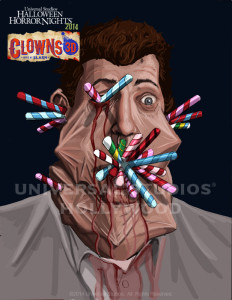 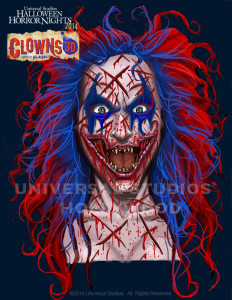 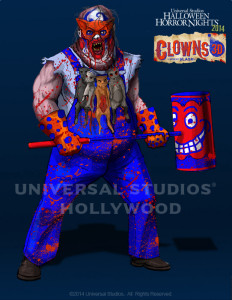 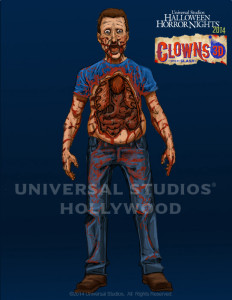 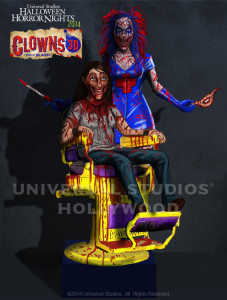 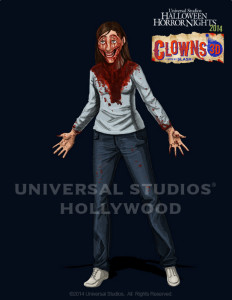 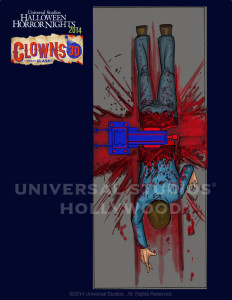 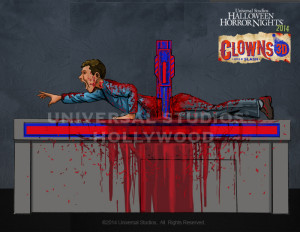 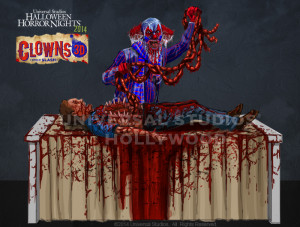 Hollywood’s HHN will be “More Dead Than Ever,” as it brings together the sickest minds in horror to immerse guests in the living, breathing, three-dimensional world of the most notorious and terrifying creatures in existence. This year’s event will feature a slate of all-new unrivaled film production quality mazes, terror-filled scare zones and a fully re-imagined “Terror Tram” experience, uniquely themed to today’s most definitive horror properties, including, “The Walking Dead: The End of the Line,” based on AMC’s critically-acclaimed, Golden Globe®-nominated and Emmy® Award-winning television series; “From Dusk Till Dawn,” inspired by Robert Rodriguez’s cult film and El Rey network’s TV series; “Dracula Untold: Reign of Blood,” based on Universal Pictures’ upcoming epic action-adventure; “AVP: Alien vs. Predator,” based on the Twentieth Century Fox film franchise; “An American Werewolf in London,” based Universal Pictures’ Academy Award®-winning and genre-defining film, written and directed by John Landis; “Face Off: In the Flesh.