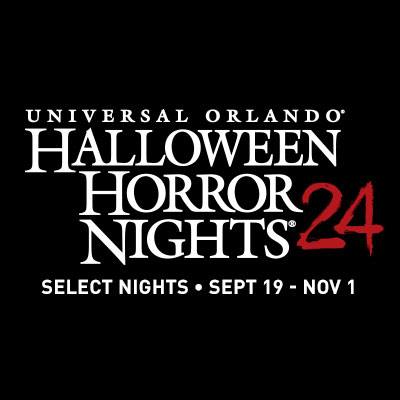 Tickets to this year’s event are available for purchase at www.HalloweenHorrorNights.com/orlando, including a Front of Line ticket option that enables guests to enjoy priority access at each “Halloween Horror Nights” attraction. Advance purchase is recommended as event nights will sell out. 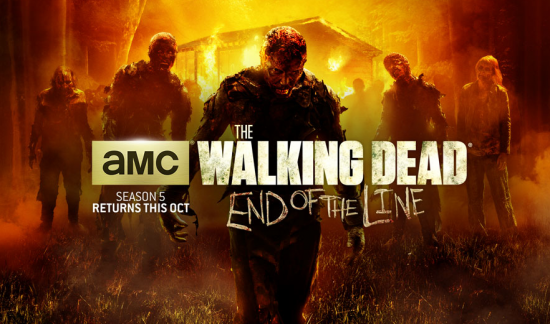 The Walking Dead: The End of the Line
This year’s bone-chilling maze will be the largest maze ever created at Halloween Horror Nights and will place guests at the heart of a harrowing journey to seek sanctuary at Terminus, an elusive destination that promises community for all. Mirroring the terror that befell the residents of the West Georgia Correctional Facility, now overrun by savage walkers, the experience will send guests fleeing from the fallen prison into unknown territory as they once again stage a desperate battle for survival against flesh-eating walkers and ruthless humans. 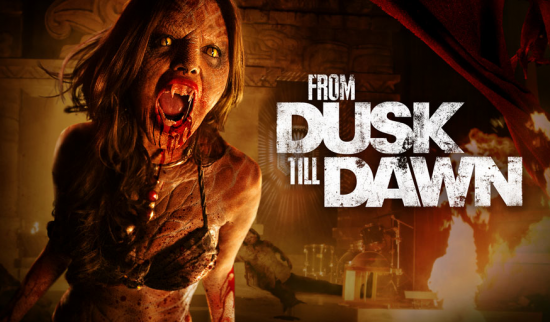 From Dusk Till Dawn
Inside this remote biker bar, chaos reigns as guests discover what lies beneath its neon lit facade — an ancient race of blood thirsty vampires. Based on the hit El Rey Network series, this labyrinth of death will leave guests “drained.” 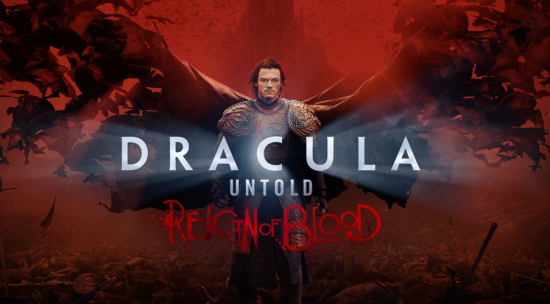 Dracula Untold: Reign of Blood
Guests will witness the harrowing transformation of Vlad the Impaler to the monstrous Dracula. We know how the story ends, but what terrifying blood drenched journey brought Vlad into the darkness that is Dracula? This is it — every visceral and feral scare will grab guests by the jugular. 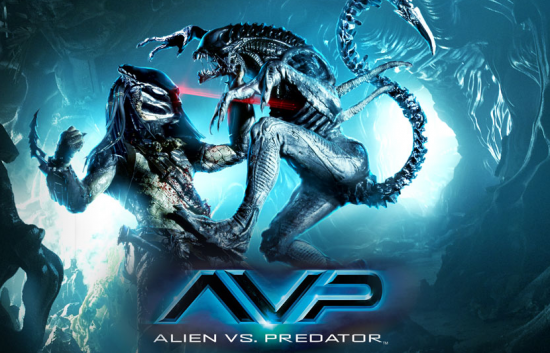 AVP: Alien vs. Predator
In collaboration with 20th Century Fox, Halloween Horror Nights will pit the Xenomorph species against the predators in an epic battle and you’re caught right in the middle. Follow the journey as these two ancient species fight for survival and dominance in the ultimate battle of Alien vs. Predator. 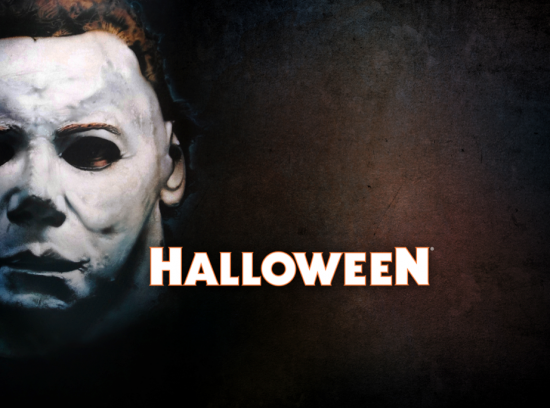 Halloween
Travel with Michael Myers as he begins Haddonfield’s historic night of horrors. You will find yourself racing to get ahead of Michael’s murderous knife as he slashes at his victims and you. Guests will be placed in the depths of Michael Meyer’s personal hell as they try and escape his nightmare. 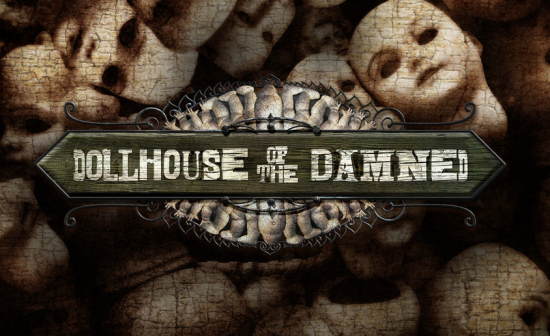 Dollhouse of the Damned
Dollhouse of the Damned will terrify guests with its original characters and visually unsettling environments. Within its decaying walls lay the remnants of an old evil. The devious denizens of the house pull apart and remake the unfortunate souls that stumble through the doorway of the Dollhouse, as they become the Damned that will never escape. 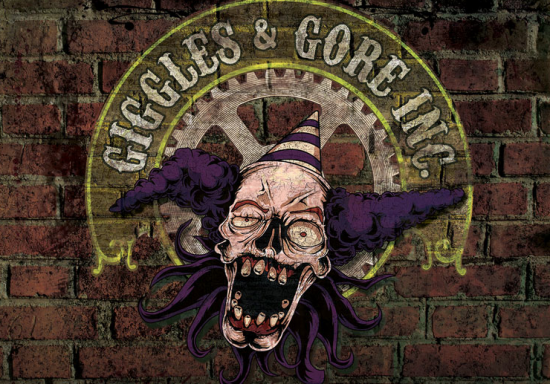 Giggles and Gore Inc.
Evil clowns are not born…they are made. People are stretched, smashed, and eviscerated. Faces are peeled off, voice boxes are torn out, and bodies are stuffed with…other bodies. 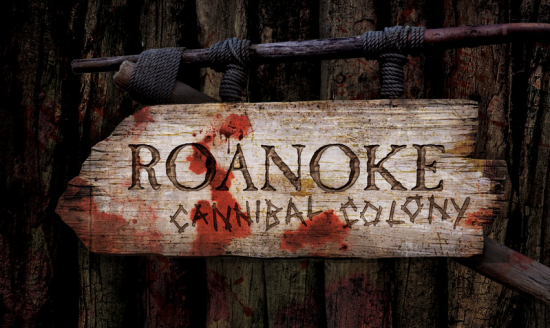 Roanoke: Cannibal Colony
Guests will walk into the actual settlement of Roanoke and experience the terror of a community in cannibalistic turmoil. The cannibalistic colonists attack any fresh meat that stumbles near them. Join the colonists in the destruction and carnage by cleansing fire and gnashing of teeth. 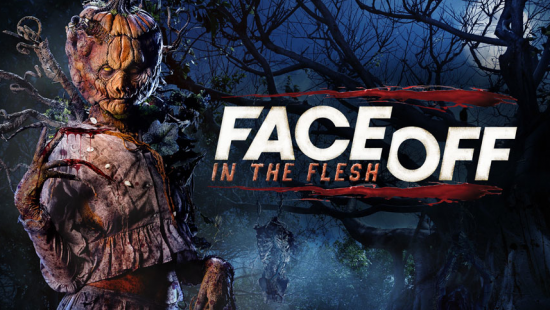 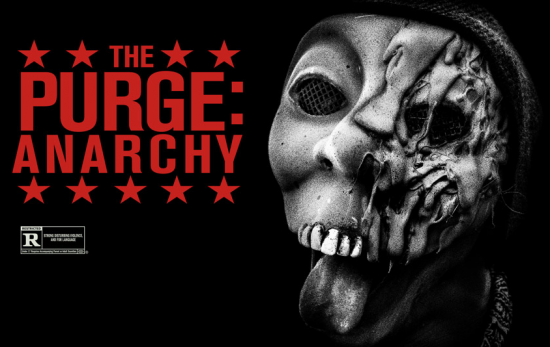 Face Off – In the Flesh
The most twisted and gruesome character creations seen on SyFy’s hit show “Face Off,” will be live and In the Flesh. This unique zone will surround you in the macabre visions and nightmares of some of the most talented up-and-coming make-up artists today.

The Purge: Anarchy
“The Purge: Anarchy” scarezone will greet guests with pure unadulterated fear, bringing to life the turmoil and pandemonium that awaits those vulnerable to masked vigilantes in search of new victims. Like civilians in the movie fighting to survive, guests will be at the mercy of cunning wit, luck and speed as they attempt to outsmart and outlive the anarchy brought about by those who believe in an “eye for an eye.”

MASKerade; Unstitched
At first glance, this may seem like a normal ballroom, but guests will be terrified when they see human heads inside oversized candles, appendages dangling in the streets and human faces ripped right from skulls with bloody remains still intact.

Bayou of Blood
The trees are illuminated with candles, voodoo practitioners fill the snake and spider-infested bayou, and the alter is set, as the legendary ‘Mamba’ prepares to flood the bayou with blood.

Bill & Ted’s Excellent Halloween Adventure
Party on as those two most excellent dudes return to skewer the biggest stories of the past year with the biggest names in pop culture.

Rocky Horror Picture Show – A Tribute
Let’s do the Time Warp again! Rock out to clips from the classic cult film with your favorite Transvestite, live tribute performers, and audience participants.

Universal Orlando’s Halloween Horror Nights 24 will take place select nights from Sept. 19 to Nov. 1. During its twenty-four year history, Halloween Horror Nights has become an iconic event for horror fans from around the world, and the event has been known to sell out. Guests can secure their scares at this wildly popular event by booking now at HalloweenHorrorNights.com/Orlando. Offers include Florida Resident event tickets, a Frequent Fear Pass that allows guests to experience 16 nights of pure terror for less than the price of one, and a Halloween Horror Nights hotel and ticket package that includes event tickets, park-to-park tickets and accommodations at a Universal Orlando hotel so you can stay right in the midst of all the action.