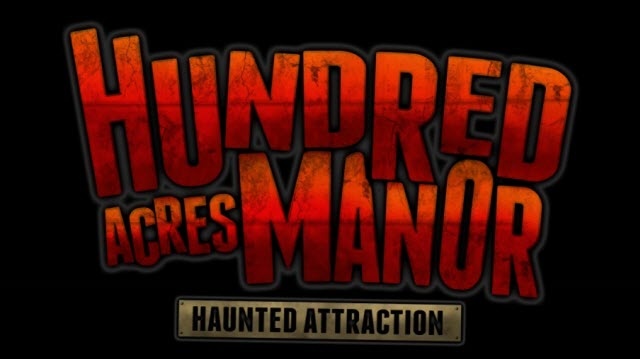 Hundred Acres Manor offers six attractions for one price. You first enter a century old elevator that drops you into the abyss of the manor where you not only have to worry about zombies, but the scavengers living within. You then enter their newest attraction for 2014, The Torture Tank where your deepest fantasies of killing come to life. Then you make your way through a cave and enter The Family where the cannibalistic members are waiting to rip you from limb-to-limb. If that is not enough, you have to find your way through The Maze, which is 4,500 square foot. The chainsaw minions are awaiting each wrong turn you make. As you exit The Maze, you enter into The Slaughterhouse, where you’re on the menu!

Hundred Acres Manor truly lives up to the honor of being one of scariest haunted attractions in America. The first-of-its-kind walk through zombie paintball attraction is now open as a separate fee than the manor. Zombie Paintball drops you into a video game style paintball shooting attraction with Pittsburgh’s most brutal zombies.

Forget what you think you know about fear… This is Hundred Acres Manor.

Hundred Acres Manor, located minutes outside of downtown Pittsburgh, PA is an extreme haunted attraction that has been named as one of “America’s Scariest Halloween Attractions” by Travel Channel and “Pittsburgh’s Best Haunted House” by Haunt World Magazine. Hundred Acres Manor is a non-profit haunted house that has donated over $1,000,000 to Homeless Children’s Education Fund and Animal Friends. Tickets start at just $18.