It’s time to venture into another season of haunts and for all of our Haunt Stalkers to get out there and conquer their worse (and best) fears. After many years of being chased by clowns with chainsaws, stalked by famous horror movie killers, seduced by vampires in billowy gowns, and of course running from countless hordes of zombies, we’ve come to expect some of the same haunt archetypes. The fact that these themes reappear year after year seems to indicate that they’re the most popular and probably considered the scariest by a majority of the public. So, we’ve decided to further break down these themes to explore how they’ve evolved and why they continue to scare us. And we ask you: What scares you the most? 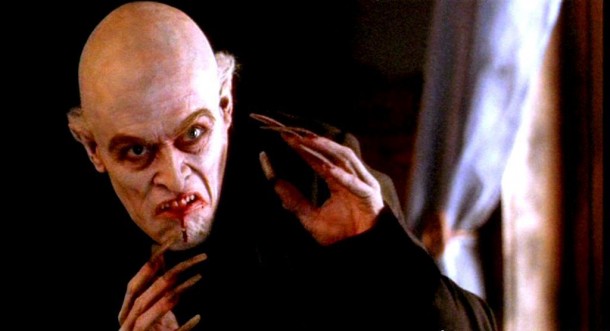 Vampires have been a popular haunt theme for many years. Vampire mazes usually have elaborate sets, lush soundtracks, and scareactors who love to play up the drama. In our opinion, most haunts focus too much on the sets and drama and don’t provide enough menace to their vampires (and we pray never to see a Twilight-based maze). One exception is Freakling Bros. Castle Vampyre, which lured us into a frightening world of sinister bloodsuckers. This year Knott’s Scary once again resurrects some narcissistic nocturnal blood suckers with their revamped Dominion of the Dead. Universal is also taking a big bite out of the genre with mazes based on From Dusk Till Dawn and Dracula Untold. Early reviews seem to indicate that the former offers some new blood to the theme while the latter needs to stay inside a closed coffin.

Mazes based on horror movie slashers and madmen can be very popular because the attackers are instantly recognizable by the guests, which gives any scareactor in a killer’s mask a built-in terror factor. Halloween Horror Nights has built their Halloween empire around movie based themes featuring many iconic killers. However, HHN might be running out of slashers they can choose from as in recent years killers have started to become replaced with ghostly apparitions and demonic creatures. Nonetheless, this year HHN Orlando is celebrating the grandfather of slashers, Michael Myers, with a maze based on the original ’78 film. In addition, you can usually find Michael, Jason, Freddy, and other popular psychos making cameos at haunts across the country. 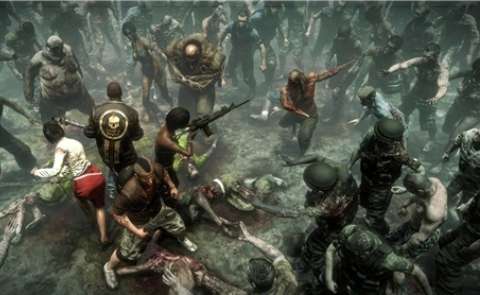 What can be scarier than the end of the world? Mazes featuring apocalyptic worlds have been commonplace at haunts for a few decades. This theme can combine zombies, aliens, robots, or just plain crazy people who are ready to enact raging forms of torture on weary post-apocalyptic survivors. The mazes or scare zones usually are enhanced with heavy metal music, strobe lights, cages, tanks, and metal barrels (where do all the barrels come from in the future). The apocalyptic theme has evolved to now also include paintball and laser tag activities making haunt goers really feel as if they have to fight for their lives to get out. Another variation that has become prominent in past year is purging, where acts of random violence are allowed in order to preserve our future existence. Not matter the tactics, haunts always showcase the worse case scenarios for our futures.

It’s sometimes hard to tell the difference between a post-apocalyptic maze and a zombie maze. The two themes go hand in hand. All things zombie have been very popular for the past several years. This is often a low-budget maze theme because all you need is some makeup and tattered clothes—and voila—you have a zombie! As with vampires, we usually don’t find the zombie mazes to be too scary. Zombies are usually portrayed as slow-moving, drooling creatures. Zombie scareactors usually try to create fear by lunging at you and getting uncomfortably close up into your personal space. For the past 3 years Universal has heavily relied on the zombies from the Walking Dead to dominate their haunt offerings. We think that haunts should work to put a new spin on their zombie mazes if they want to keep it at all interesting and scary.

Invaders from other worlds can make any Roswell believers uneasy inside of a haunt. Alien mazes often rely on claustrophobic and dark passageways where the nasty beasts can hide and attack unexpectedly. There’s usually elaborate puppetry and costuming involved to bring to life some of the most out of the this world and grotesque creatures you’ll see inside a maze. This year HHN in Orlando and Hollywood have decided that one alien isn’t enough and both feature AVP (Alien Vs. Predator) mazes where you must place your bets on which of the two creatures is the most terrifying in the universe. This begs the other question, who would you rather get killed by, Alien or Predator (we had to ask)?

People must really be afraid of being cannibalized, because this is a theme that is found in some variation every year at nearly every haunt. Slaughterhouse and cannibal mazes are usually designed whereas you’ll be forced to touch and push your way through the bloody sets while the monsters taunt you with sharp and blunt objects. These mazes top the list in being  gory and disgusting, often including scents of rotting meat and sprays of blood as you walk past gruesome scenes of dismemberment. They’re usually set in some kind of backwoods area or an abandoned meat factory/butcher’s shop. Of course, 100% of these mazes ends with the obligatory chainsaw chase out. We found that chainsaws and cannibals are popular themes at Vegas’s Fright Dome, which is featuring the king of slaughterhouse cannibalistic hillbillies, Leatherface.

The technical term for fear of clowns is coulrophobia, and haunts love to exploit this common terror. These mazes can be fun or terrifying, depending on your personal fears. Clown mazes often have a lot of black light and warped and demented soundtracks. This theme usually provides an opportunity to show off 3D effects but the impact is hit or miss depending on the design and performance of the scareactors. In recent years, clowns and their circuses have become increasingly sadistic with the other themes of cannibalism and zombies being mixed in. Universal has such variations of Clowns present in this year’s maze lineup. Now, we’re still waiting for someone to add in the alien quotient and tackle Killer Klowns from Outer Space.

This is a hard theme to pull off in a maze. Effective ghost scares rely on a very precise build up of suspense. Ghosts are usually ethereal and elusive, and how do you turn that into a scare? For this reason, we don’t see many of these haunts, and the most effective have been at Queen Mary’s Dark Harbor and Universal’s HHN. During Halloween season there’s also a good number of ghost hunting experiences available, and while they may not immediately startle or terrorize you, they can continously haunt you for days after with the lingering notion that you may not be alone.

We love a good haunted mansion, and yet this theme can fall flat if not done right. Haunted mansions sometimes fall victim to becoming houses for every theme where one room will feature aliens, another slashers, and yet another zombies. Proper haunted mansions let the house tell the story and build up the mystery of how the haunted inhabitants met their demise and then came back. Secret passages, trap doors, and ghostly occurrences are some of the key ingredients of an effectively scary house of horrors.  The best haunted mansions we’ve experienced are usually put on by smaller local haunts with a crew dedicated to extreme detail (for example, Reign of Terror and Sinister Pointe).

Similar in design to haunted mansions,  asylum mazes  terrorize us with the disturbing combination of slashers, cannibals, and other living and dead crazies trying to escape, and maniacal doctors trying to exploit our darkest phobias. Maybe they are insensitive to those with mental illness, but insane asylums are always creepy and scary. The frenetic and unpredictable nature of the scareactors and the dank sets combine to create that uncomfortable feeling that puts you on edge. The real fear may come from wondering if you may actually belong there yourself. 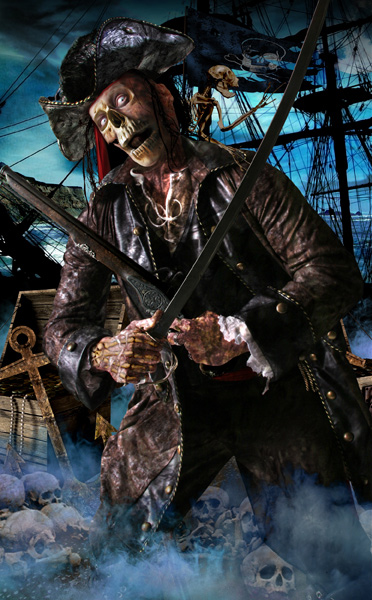 This is one of the newest themes to set sail in recent years. It seems that the number of pirate mazes has jumped considerably since the Pirates of the Caribbean movies hit theaters in the last decade. These ghostly swashbucklers also bring to life our fears of drowning and being eaten alive by sea creatures. Of course, Pirates of Emerson in California is the original pirate maze and Queen Mary’s Dark Harbor continues to get more creative with some new and interesting takes on haunted nautical themes.