Last year, we took our first trip to New York’s NIGHTMARE and experienced Killers 2. We found it be a fun and scary trip through a state-of-the art haunted attraction showcasing some of the most notorious real-life killers in American history. NIGHTMARE also topped our 2013 rankings as ‘Most Unique Haunt Experience’ and “Best Scare-Actors/Monsters” earning our top rating of 5 skulls. 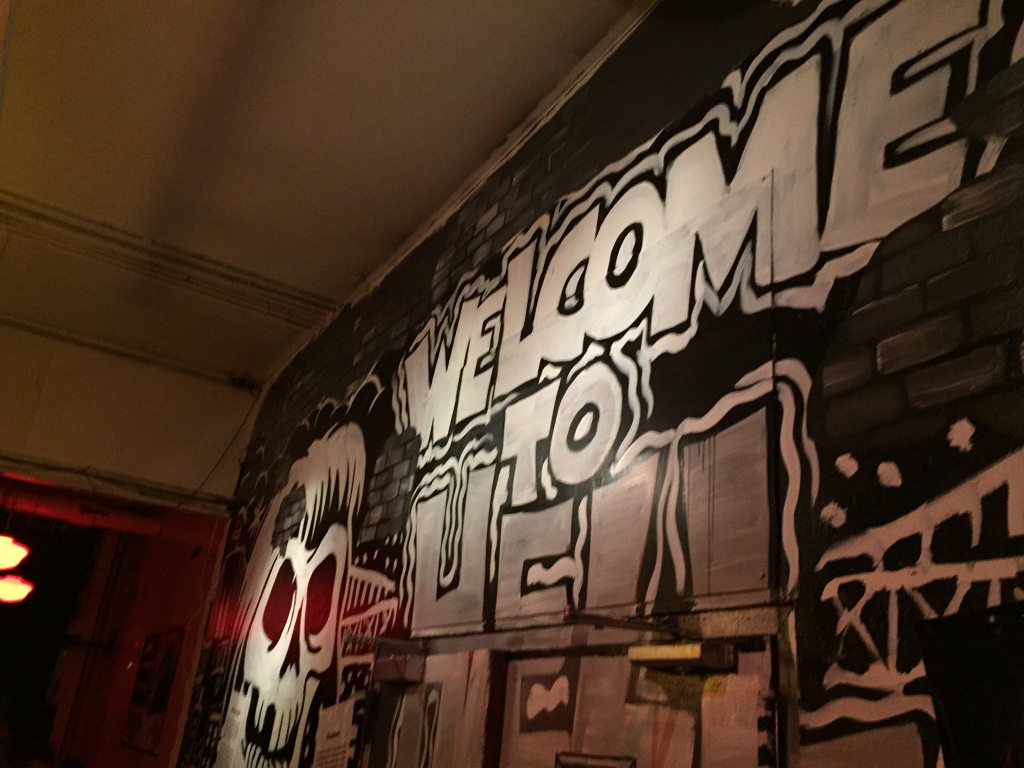 This year marks the the 11th season of New York’s NIGHTMARE haunted house and they’ve brought   to life the urban legends and horror stories of NYC’s history with NIGHTMARE: NEW YORK. While there’s not a cohesive storyline, the journey through the haunted house takes ‘victims’ through a horrific timeline spanning from the time when the island was called Manahatta to Cropsey, Gargoyles, alligators in the subways and to new legends of the super rats created by Hurricane Sandy. NIGHTMARE: NEW YORK sets out to remind us that some of the greatest nightmares are in our own backyard.

While their effort continuous to be ambitious we found this year’s NIGHTMARE not to be nearly as frightening as last year’s. There’s a few reasons why we think this is case. First, just like the fast pace of living in New York city, they’re running the groups through the maze rather quickly. This prevented many of the scenes from having the build up and suspense that made Killers so unnerving. The scare-actors also weren’t as convincing with some over performing and others playing it too nonchalant. There also was a section where you get kidnapped by some thugs and have hood placed over your head. They then tell you to grab rope and blindly follow it down a path. The unfortunate thing is after repeatedly bumping into the person in front of you a couple of times you get to the end of the rope and they take the hood off; no scare or surprises just a 1 min walk with a hood on your head. We were most scared of how many people have had the hoods on their head before us (ebola!). It felt as if NIGHTMARE was just a light version of the extreme haunts such as Blackout.

There are a few cool scenes that provided a few good scares and laughs from our group. One being the subway where we encounter a psycho wielding a gun. Another scene we’re in a dark apartment and as the lights flash on and off different ghosts and maniacs would appear with us in the room. The giant alligator lurking in the sewer also gave us all good surprise.

At $30+, the price point for NIGHTMARE is pretty high given that it’s really just one maze providing a 12 minute experience. There are some deals online and for students which we highly suggest you take advantage of to get the most value out of your experience.

We still like NIGHTMARE and will give it a chance in another year but unfortunately this year’s theme just didn’t live up to the experience we had last year. Hopefully, they’ll find some more imaginative things to scare us with in the coming year.

About Our Rating System
Scare Zone rates attractions using a scale of 1 to 5 skulls: