The first house has been revealed for Busch Gardens Tampa’s Howl-O-Scream – Circus of Superstition: The Last Laugh. 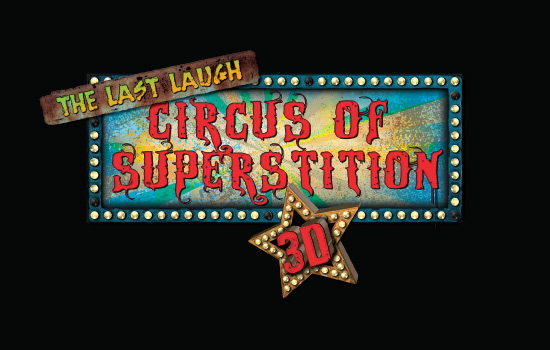 Over the past 4 years this house has been terrifying guest with one the scariest shows on earth. It seems that all good things must eventually come to an end but before they do the clowns and freaks are going to do all they can to make sure it’s impossible to survive the terrorizing surprises and startling scares that wait inside Circus of Superstition: The Last Laugh. You may have spent all these years of avoiding black cats and sidewalk cracks, but all those years of bad luck have finally caught up with you!

We experienced the Circus of Superstition the first year it premiered at HOS in 2012 and it definitely was a favorite of ours. Here’s our review: 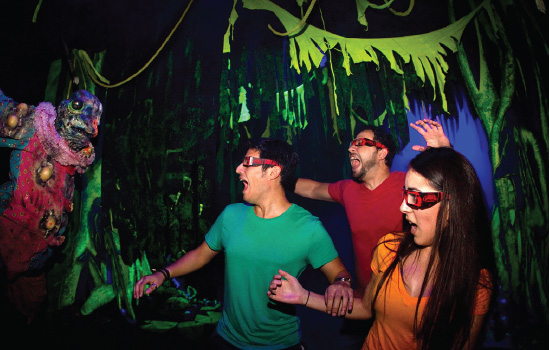 This maze was fantastic! As all of our haunt stalkers know by now, we find the clown theme to be tired and not scary. However, this maze has cleverly combined the Trickster icon and the park’s 13th anniversary with the theme of thirteen superstitions being showcased inside a circus filled with crazed clowns. Unlike the typical clown mazes where they try to be silly while scaring you, these clowns are sinister and pure evil. Lead by the Trickster who snidely welcomed us inside , we really felt like we were testing our luck in this maze. Inside, we were treated to superstitious fears such as opened umbrellas, broken mirrors  black cats, hat on a bed, spilling salt, and cracked sidewalks. The clowns attacked from all directions and some, on bungee cords, sprung out and got extremely close to us. On top of all that, this maze was in 3D bringing a whole new dimension of fear with the dramatic transitions from florescent bright rooms to dark passages, causing a very disorienting effect . The finale of the maze was one of the most suspenseful and heart pounding scares of the night with a walkway surrounded by ax wielding clowns. Seems we were pretty lucky to get out in one piece.

Step right up for the one of the scariest circus shows you’ll ever seen.