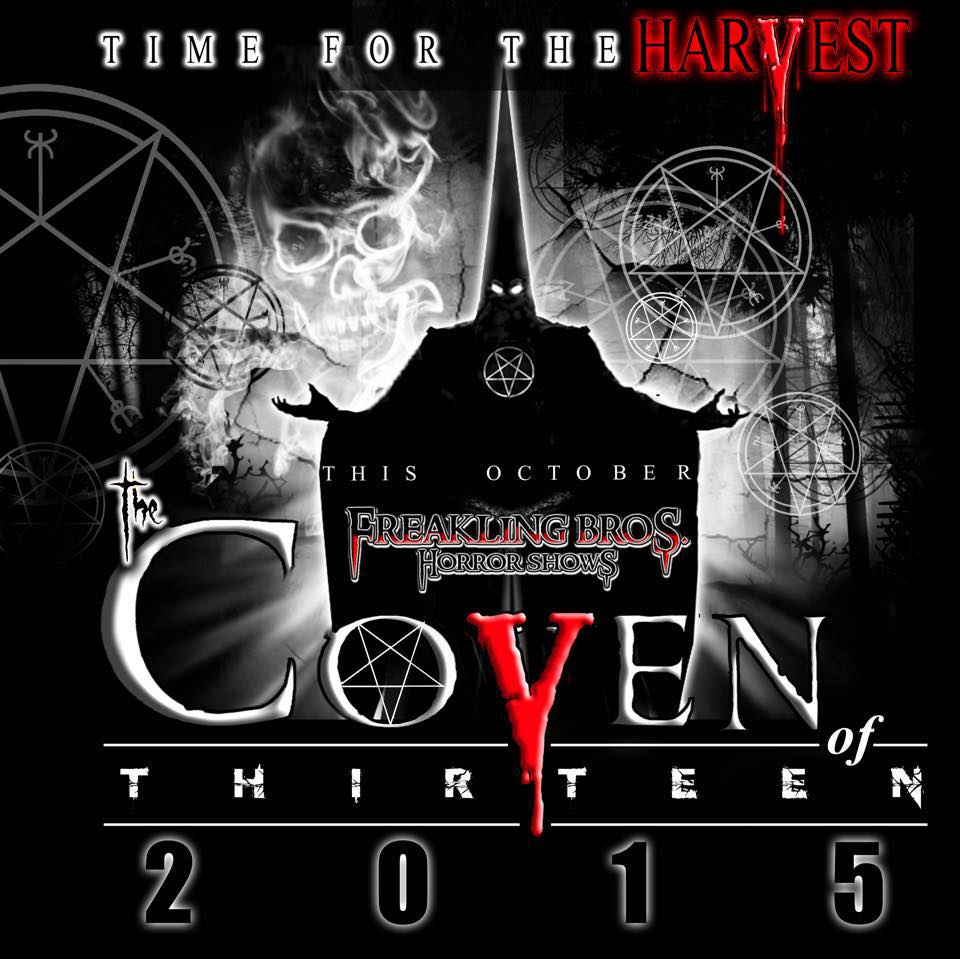 The scariest show on earth is bringing an all-new experience to its trilogy of terror for 2015. The Coven of 13 joins Freakling Bros. line up of madly intense and terrifying mazes, which includes Castle Vampyre and the R-rated Gates of Hell.

We’ve been through a lot of haunted houses and we can still say that Freakling Bros. Horror Shows in Las Vegas contains some of the craziest and scariest haunted attractions we have ever experienced. This is the only haunt to earn our highest rating of 666 skulls.

We hope we’ll be able to make our way back out to Vegas to see if we can survive another visit… we already cheated death with them 3xs before. We highly suggest you also step up and test your luck with them as well.

Freakling Bros. presents The COVEN of 13 – an ALL NEW HORROR SHOW that pushes the boundaries of complete and total immersion while offering a unique, company-trademark take on one of Halloween’s oldest and most classic themes: Witches, Warlocks, and Black Magic.

In the thick darkness of the witching hour, as night becomes early morning, When most of us are fast sleep, a pack of cloaked, ageless figures gathers and chants. If you listen closely in the night, you will hear them. They speak slowly, softly, deliberately, and with insidious intention. Their physical bodies are diseased, decrepit, and rotten, but when the Old Hag summons the dark spirit, and the High Priest channels the ferocity of its essence, they are empowered, and they are fierce. These are the dark witches of 13, born of sepsis and poison: You have been invited to make their coven complete. They call to you and welcome you in, to be vetted, initiated, and even reborn as one of them. Do you dare try to make the cut?

Three years later the company pioneered the development of the industry’s first six trailer, completely self-contained mobile attraction, paving the way for a new concept in “haunted houses” that would sweep the country.

By the year 2000, two additional attractions had been added giving the company three separate and unique haunted structures. Every few years one of these attractions is demolished and completely rebuilt, insuring Freakling Bros. the ability to present the newest and most innovative technology available.

Gates of HellIn 2011, in an aggressive attempt to remain on the cutting edge, we unveiled the first ever R-Rated Haunted attraction in the state of Nevada, The Gates of Hell: an experiment in serious, uncompromising, interactive horror. It was an unprecedented gamble based on one simple theory: that our adult audience was ready for something more. What we had initially built for a niche’ audience surprised us by becoming a main stream success. Geared for the 17+ crowd, and based on the concept that “things happen to you”, The GATES of HELL is now a nationwide haunt industry phenomenon and an absolute game changer in the city of Las Vegas. 2011 represented a sort of rebirth for Freakling Bros. We experienced overwhelming crowds, and were Ranked #1 in the Western U.S. by Scarezone.com.

Then in 2013, with the unveiling of The Victim Experience, an all new level of intensity was achieved: “The only must-see Haunt in Nevada!”. “Third most Extreme Haunt in America!”. “Our staff considers Freakling Bros. one of the top Haunted Attractions in the world!”. We have reestablished ourselves, once again, as the trend setter in the haunt industry.

By concentrating on primal fears, relying on the power of live performers, and employing the art of theatrical illusion, Freakling Bros. has been and continues to remain a leader in the haunted attraction industry, with a reputation as “one of the best in the business” for over 30 years. 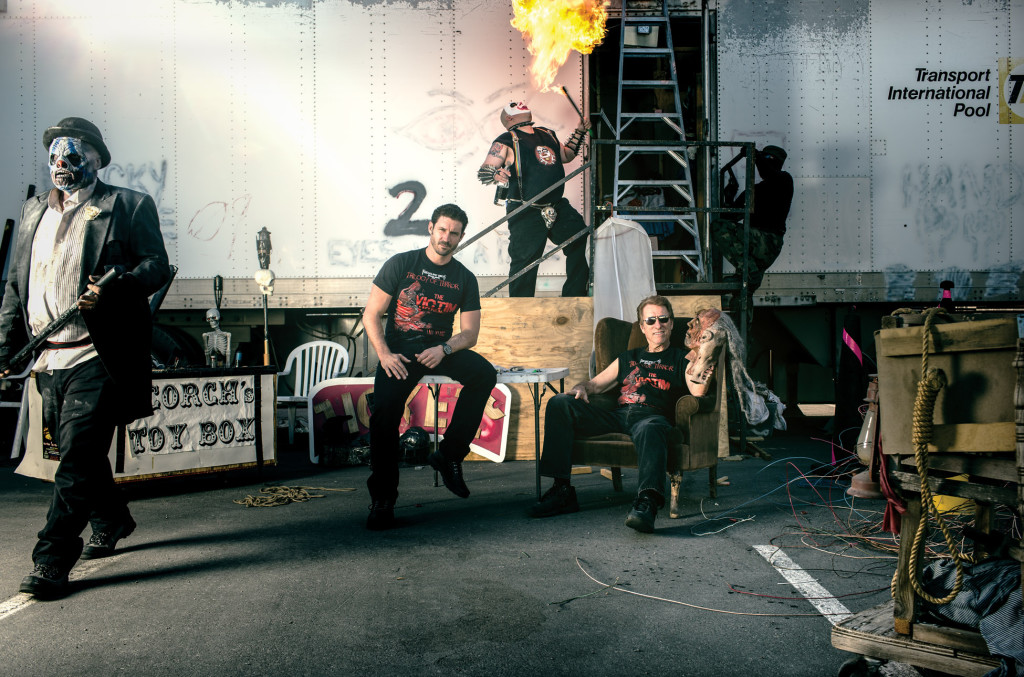