Returning from last year as Scare Zones in the respective parks, The Purge theme is being expanded into a new house in Orlando and a Terror Tram experience in Hollywood. Interested?

The house in Orlando will include the violent and chainsaw-wielding citizens creating their annual turmoil and more as you find yourself living your very own “Purge Night”. Guest will be hunted by dozens of masked vigilantes who will stop at nothing to purge as they are entitled. And just like in the films, you’ll either fight to survive or succumb to the chaos of the Purge. 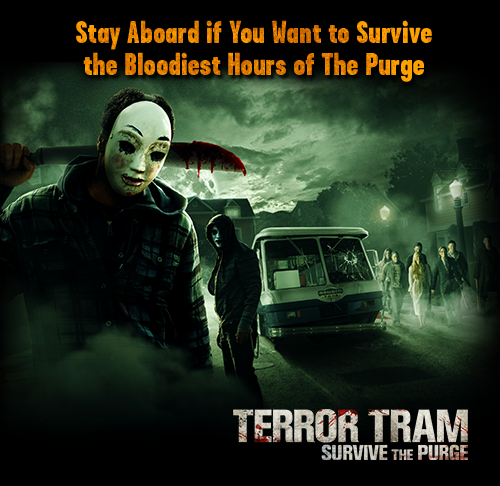 In Hollywood the backlot will be transformed into a town ransacked by Purgers. We hope Norman and the residents of Whoville have properly secured their homes.